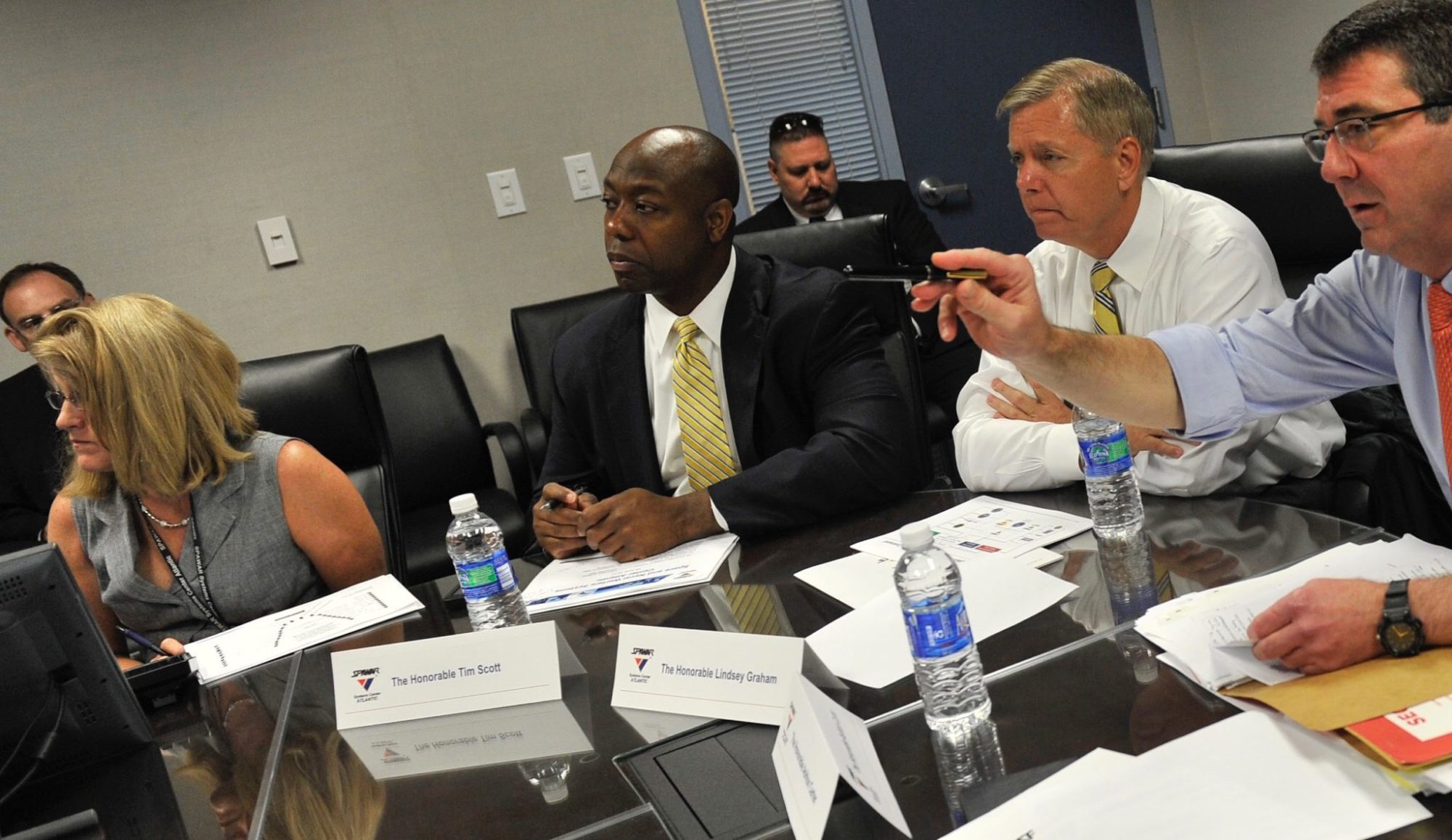 A national manufacturing advocacy group is running radio and online ads in South Carolina this week as part of its bid to sink the nomination of Scott Garrett as president and chairman of the U.S. Export-Import Bank (EXIM).

Why should they do that?  According to this group, it’s because Garrett – who spent fourteen years representing New Jersey’s fifth district in the U.S. House – consistently voted against the Ex-Im bank during his time in Congress.

“Scott Garrett’s confirmation to lead the Ex-Im bank would be a terrible trade deal for the 23,000 South Carolina manufacturing workers whose jobs depend on the agency and would threaten the state’s growing manufacturing community,” NAM president and CEO Jay Timmons said. “Scott Garrett voted to kill the Ex-Im bank over a dozen times while he was in Congress, which amounts to a vote to send South Carolina manufacturers and jobs overseas. Senators Graham and Scott can’t trust Scott Garrett with the future success of South Carolina’s manufacturers, workers and economy, and they should oppose his nomination.”

This website has made its views on the Ex-Im bank abundantly clear … it should be abolished.

A crony capitalist slush fund, the bank offers billions of dollars in favorable loans (guaranteed by taxpayers) to a select few foreign corporations – the vast majority of whom turn around and buy airplanes from Boeing.  This is why the Ex-Im is frequently referred to as “Boeing’s Bank.”

Supporters claim these loans benefit U.S. workers – such as those employed at the company’s North Charleston, S.C. facility – but those who have followed the money have reached a different conclusion.

“In the case of Ex-Im Bank, the route of subsidy capture is crystal clear: It goes overwhelmingly to the shareholders of Boeing and GE, and to the respective bonus and stock option pools of their top executives,” David Stockman of the website Contra Corner wrote during the heat of the debate over this measure back in 2014.

Additionally, these subsidies put our nation’s airlines at a competitive disadvantage – enabling their foreign competitors to undercut them on price.

This website opposes crony capitalism of all forms on principle … whether it fails or “succeeds.”  Either way, it is patently unfair to the individual taxpayers and businesses who were forced to shell out in advance on behalf of a narrow set of special interests.

As for Scott and Graham’s upcoming vote on Garrett?  We don’t especially care one way or the other.  We would, however, encourage them both to sponsor legislation abolishing this slush fund once and for all.