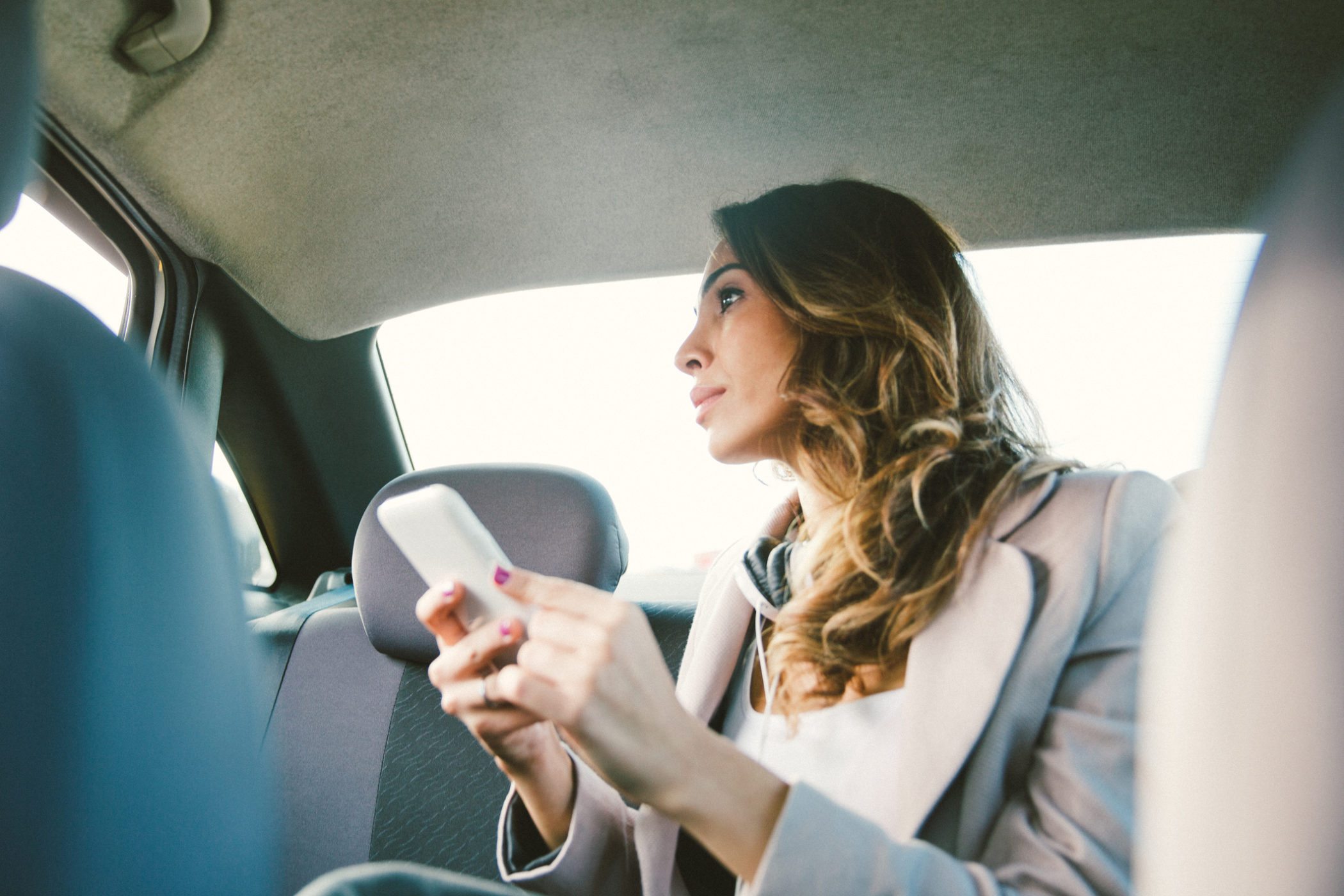 “CONFIDE” REMOVES BARRIERS TO CAMPAIGN COORDINATION, GOVERNMENT CORRUPTION … BUT HOPEFULLY HELPS THOSE LOOKING TO EXPOSE SUCH BEHAVIOR, TOO

Thousands of political operatives and government officials across the country are using a smartphone app to secretly – and in some cases illegally – communicate information they don’t want to see the light of day.

We’re told the use of this app – called Confide – is already “rampant” at the S.C. State House and within the Palmetto State’s political consulting world.  In fact, sources tell us it is already being used to illegally coordinate information between campaign organizations and independent expenditure groups in the looming race for the Palmetto State’s fifth congressional district.

“Confide is a confidential messenger,” the developers of this three-year-old app state on their official website’s frequently asked questions page.  “It allows you to have honest, unfiltered, off-the-record conversations. It allows you to speak freely, without the risk of what you say being forwarded on or permanently stored, just like when you’re talking in person.”

According to the app’s developers, Confide – which uses end-to-end encryption – was originally designed for people in the corporate world as a way for them to confidentially discuss “job referrals, HR issues, deal discussions, and even some good-natured office gossip.”

“Off-the-record conversations happen all the time in the offline world – phone calls, hallway discussions, meet-ups, grabbing lunch or coffee,” they noted.  “We are bringing this offline experience online, in a fast, easy and efficient way.”

While intended for corporate use, the app’s political uses are broad … not to mention confounding to journalists and investigators whose job it is to hold campaign organizations, elected officials and government bureaucrats accountable for unethical or illegal behavior.

When it comes to elections, Confide could conceivably obliterate the Chinese walls that once existed between traditional campaign organizations and their “dark money” issues advocacy backers.  Political campaigns and independent expenditure groups that are legally barred from coordinating their efforts can now share strategy, polling data, voter registration information and other critical information quickly and easily – without fear of getting caught.

Meanwhile taxpayer-funded bureaucrats and politicians already in elected office have the ability to alert key special interests regarding forthcoming government contracts, investigations or other sensitive public information – all without ever having to worry about leaving behind a paper trail.

“You can’t FOIA something that no longer exists,” one state bureaucrat who uses the app confided to us.

So is the data exchanged on Confide truly erased? 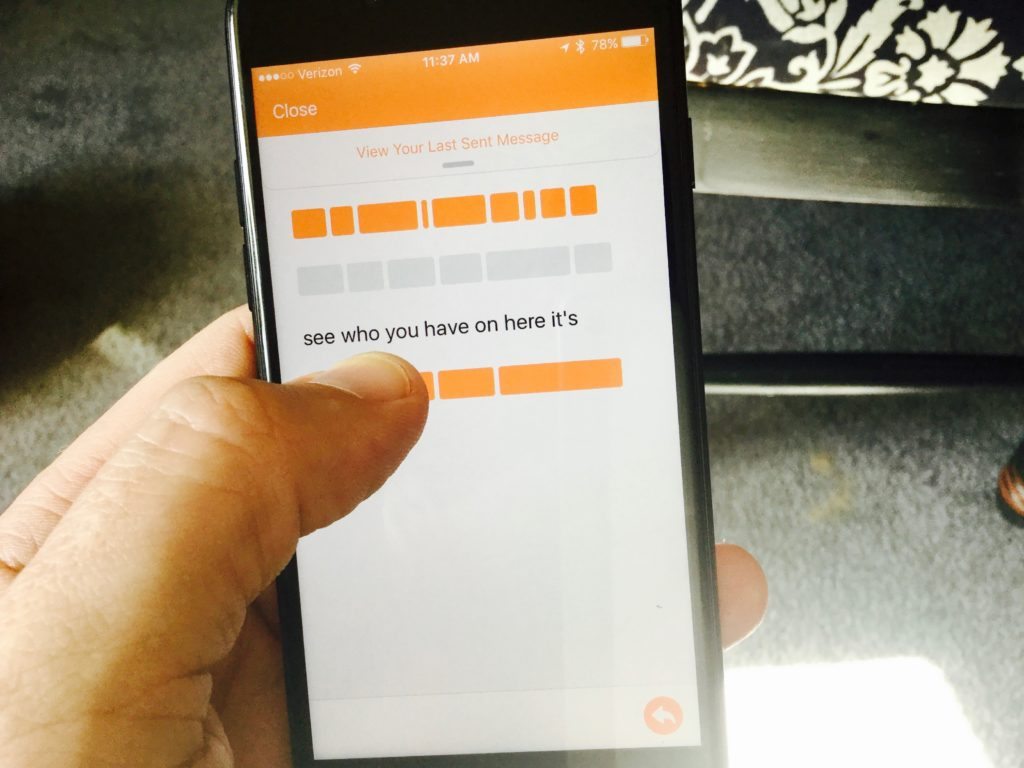 “While senders can view their sent message history, recipients can only read each message once,” they explain in the app’s settings.  “After they do, the message disappears forever – it is deleted from our servers and wiped from the device.”

In other words even if one Confide user were to claim in a deposition that they received a specific message from another, they would have no way of proving it – at least not electronically.

“You can’t be deposed,” said one national operative who uses the app.

This operative has been following the use of Confide in several South Carolina races – including the high-profile fifth congressional district race to replace U.S. Rep. Mick Mulvaney, who is likely to be confirmed next week by the U.S. Senate as the new director of the White House Office of Management and Budget (OMB).

“I’m noticing a lot of SC-5 people on it,” the operative said, referring to the crowded race to replace Mulvaney.

The app is also widely-used by operatives and government employees at the national level.  Confide was the focus of recent feature story by Jonathan Swan and David McCabe on the website Axios.  According to their report, Confide is the “tool of choice” for “paranoid Republicans,” including several members of the administration of president Donald Trump.

“Numerous senior GOP operatives and several members of the Trump administration have downloaded the app, spurred by the airing of hacked Democratic e-mails,” Swan and McCabe reported.

“For folks that are on the inside in this city, it provides some cover,” one Republican source told them.

A source close to the Trump White House confirmed Swan and McCabe’s reporting, saying they knew of several White House staffers who “only speak on this,” referring to the app.

While Confide clearly helps conceal corrupt behavior, it also helps those journalists and prosecutors seeking to expose it – in theory, anyway.

“It helps everyone hide – including whistleblowers,” one national reporter who uses the app told us.  “(Confide) is another way people who don’t want paper trails can alert a reporter or a cop to easily verifiable information.”

That reminds us this website’s founding editor, Will Folks, is active on Confide.  He also has a ProtonMail account, which allows for end-to-end encrypted web-based email exchanges.