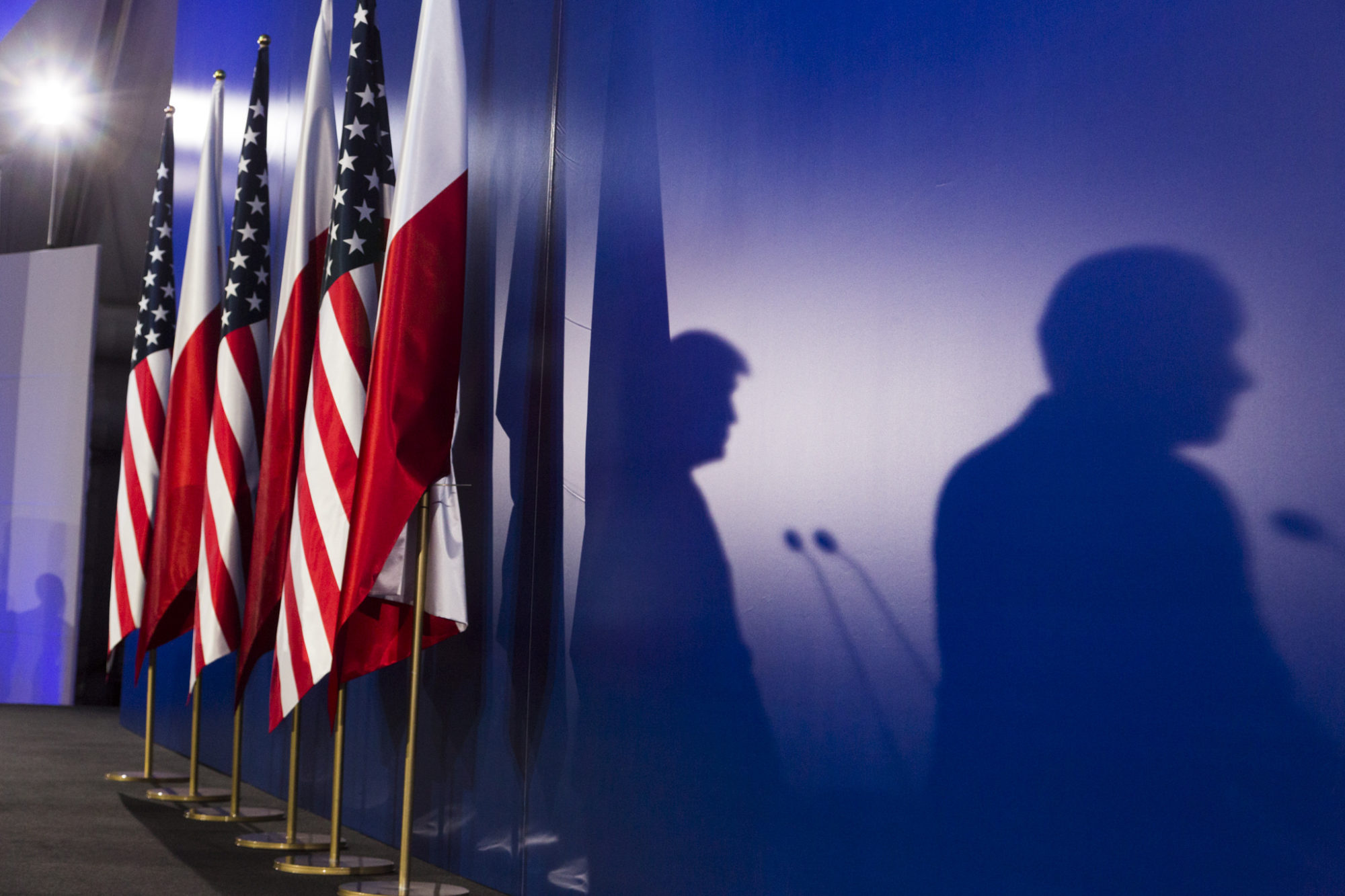 Six months in, the presidency of Donald Trump has been a mixed bag in our book.  He’s struggled with consistency in terms of advancing his domestic agenda – which remains decidedly unimplemented, by the way.

On the international stage, though, Trump has impressed us.

“The fundamental question of our time is whether the West has the will to survive,” Trump said during an address in Poland.

Not surprisingly, the liberal elite – which appears stuck in perpetual, reflexive hissy-fit mode when it comes to anything Trump says – rebuked this characterization.

“The West is a racial and religious term,” Peter Beinart wrote for The Atlantic.  “To be considered Western, a country must be largely Christian (preferably Protestant or Catholic) and largely white.”

According to Beinart (a professor at the City University of New York), “when Trump says being Western is the essence of America’s identity, he’s in part defining America in opposition to some of its own people.”

“The implication is that anyone in the United States who is not white and Christian may not truly be American but rather than an imposter and a threat,” Beinart added.

In our minds, “western civilization” is synonymous with the free world.  It refers to Republics which value individual freedom (ahem, liberals) and foster free markets – which were, in fact, expressly erected to prevent excessive government intrusion on those twin pillars of liberty and prosperity.

Why is Trump being called a racist?  Our guess is it goes back to his ongoing efforts to take some long-overdue, common sense steps toward securing America’s borders.

We support him in those efforts (for reasons we have outlined previously) … and we don’t think they are racially motivated.

We also applaud Trump for calling out another pernicious threat to the “west” in his speech to the Poles: Government.

“On both sides of the Atlantic, our citizens are confronted by yet another danger, one firmly within our control,” Trump said.  “This danger is invisible to some but familiar to the Poles: The steady creepy of government bureaucracy that drains the vitality and wealth of the people. The West became great not because of paperwork and regulations but because people were allowed to chase their dreams and pursue their destinies.”

“That’s one of the most remarkable statements I’ve ever heard from a head of state, one that (rightly) classifies the unchecked bureaucratic state as an earlier-stage communist menace,” noted Matt Purple for the website Rare.

Purple also noted that Trump picked the perfect place to make his point – contrasting Poland’s policies with those of France and Germany.

“Where those nations treasure secularism, Trump held up Poland’s traditional faith as a model for European renewal,” he wrote.  “Where the EU subscribes to the primordially French idea that a bureaucrat can solve any problem, Trump chided that Poland knew better. Where Western Europe has enervated its militaries, Trump praised the Poles for being the rare nation that meets NATO’s two percent GDP defense spending requirement.”

Of course as much as we admire what Trump said, we do believe it is important to remind him and other American leaders that it is not the job of the United States to defend “western civilization” – only the American border.