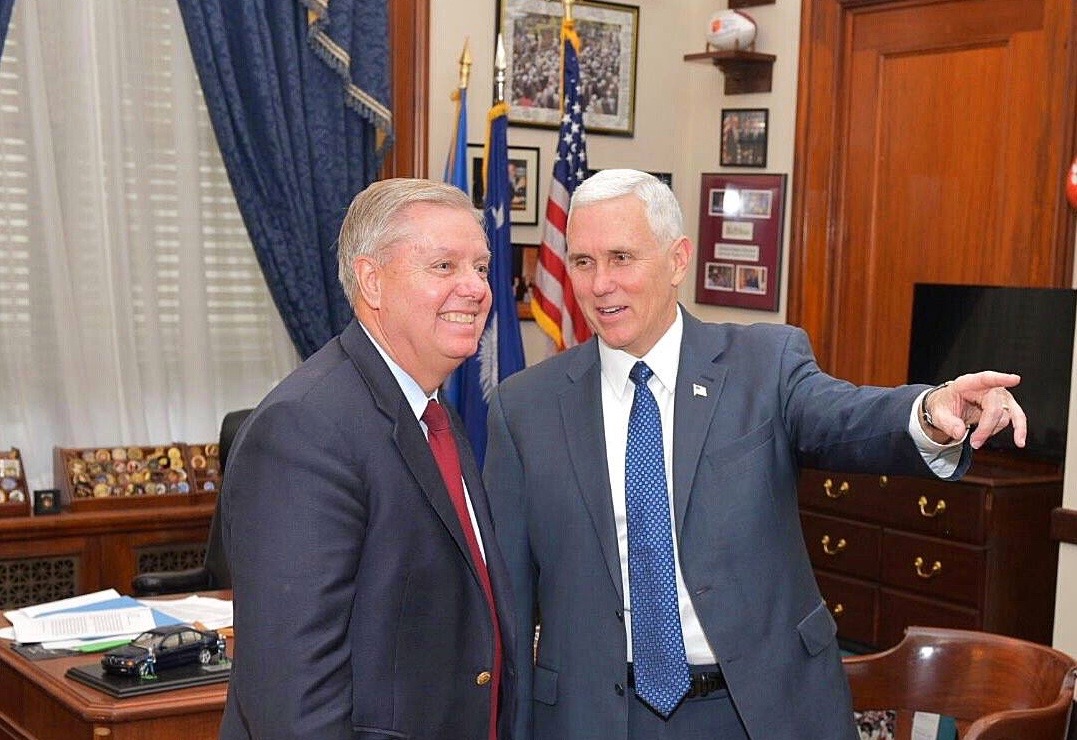 This website rarely praises uber-liberal U.S. Senator Lindsey Graham of South Carolina.  And why would we?  More often than not, he’s carrying water in the wrong direction in Washington, D.C.

In the bruising battle to confirm U.S. Senator Jeff Sessions of Alabama as the next attorney general of the United States, though, Graham finally came up to the plate on behalf of the administration of president Donald Trump.

And not only did he come up to the plate, he hit one clear out of the park …

Appearing on the floor of the U.S. Senate on Tuesday afternoon, Graham utterly obliterated a narrative that’s been advanced for months by obstructionist Democrats.

The narrative?  That Session is racist.

How’d Graham obliterate it?  By highlighting a “Governmental Award of Excellence” presented to Sessions in 2009 by … wait for it … the Alabama state chapter of the National Association for the Advancement of Colored People (NAACP). 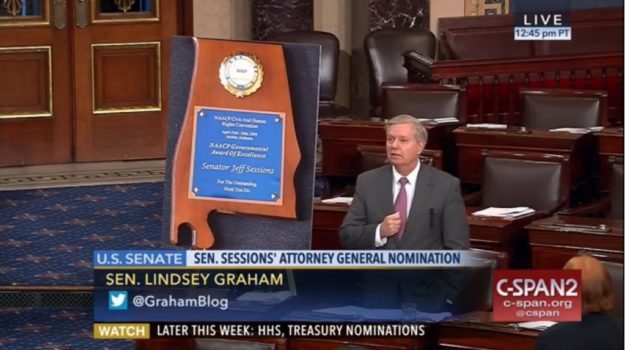 For those of you keeping score at home, the NAACP is the same group whose national president – Cornell Brooks – recently testified against Sessions’ nomination.

“Apparently he doesn’t stay in contact with the NAACP chapter in Alabama,” Graham said.

Continuing the baseball analogy, that ball is still going …

The NAACP award – which had been housed in Sessions’ Mobile, Alabama office – praised the veteran lawmaker “For The Outstanding Work You Do.”

“Lindsey Graham delivered a crushing blow against opponents of Senator Jeff Sessions’ nomination for attorney general when he released an award Sessions received from the Alabama NAACP in 2009,” said Rick Manning, president of Americans for Limited Government (ALG).  “It is gratifying to be able to praise Senator Graham for stepping up to the plate to fight for the confirmation of a man who will restore the rule of law at the Justice Department. America cannot wait for Senator Sessions to get to DOJ and begin clearing out the nest of vipers left behind by Obama and restoring the blindfold over Lady Justice’s eyes to ensure equal protection for all. Senator Graham’s actions today will help speed that process.”

Sessions’ confirmation is expected to come before the full U.S. Senate sometime on Wednesday evening.  At that point, here’s hoping years of corruption, selective prosecution and liberal activism at this agency will draw to a merciful close.