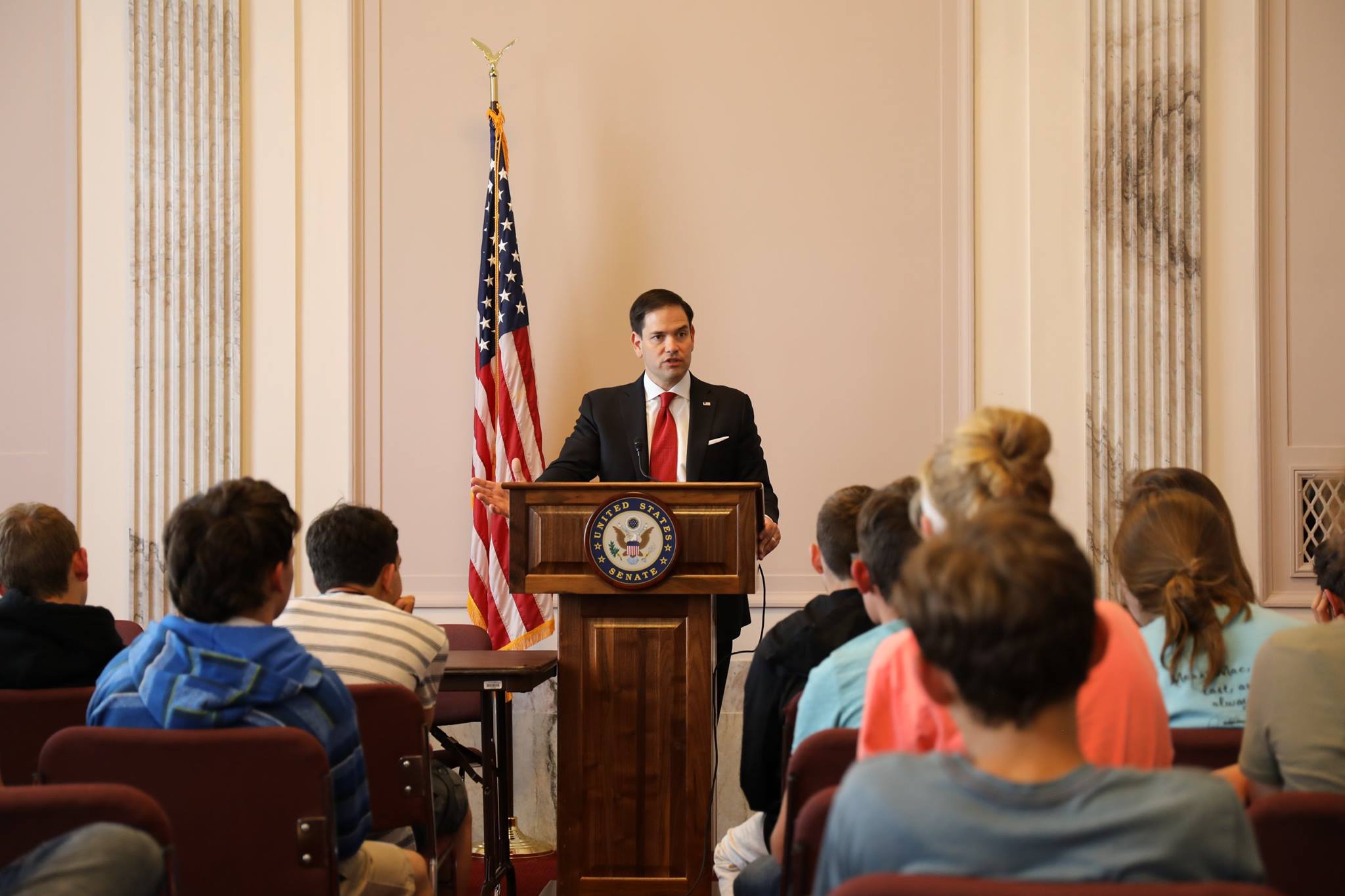 The firm of J. Warren Tompkins – which is currently poised to make a comeback in Palmetto politics given the scandal enveloping its “Republican” rival, Richard Quinn and Associates – is featured prominently in an OpenSecrets.org exclusive detailing these dubious arrangements.

According to the report, a “nonprofit” backing Rubio’s 2016 campaign “raised nearly $22 million in two years, 93 percent of which came from either one or two anonymous donors.”

The nonprofit group – the so-called Conservative Solutions Project – spent “millions of dollars on ads, research and polling to boost the Florida senator’s candidacy.”

Of course the organization did “little or no social welfare – unless one counts portraying Rubio as a champion on taxes and foreign policy as being a public good.”

We don’t … especially considering Rubio is a raging neoconservative who has endorsed the dramatic expansion of costly American military interventionism abroad.

The dubious dark money has advocates wondering whether the pro-Rubio nonprofit “crossed a legal line by acting mainly as a political group.”  There is also some question as to whether the nonprofit existed solely to benefit Rubio, which could mean it violated the IRS’ “private benefit” rule.

Who contributed all that cash?  Good question …

“Because CSP, as a social welfare organization, is not required to publicly disclose the identities of its donors, it isn’t clear if the two contributions came from a single source – an individual, a corporation or some other entity – or two,” Open Secrets’ reporter Robert Maguire noted.  “This lack of donor disclosure is the reason politically active nonprofits are often referred to as ‘dark money’ groups.” 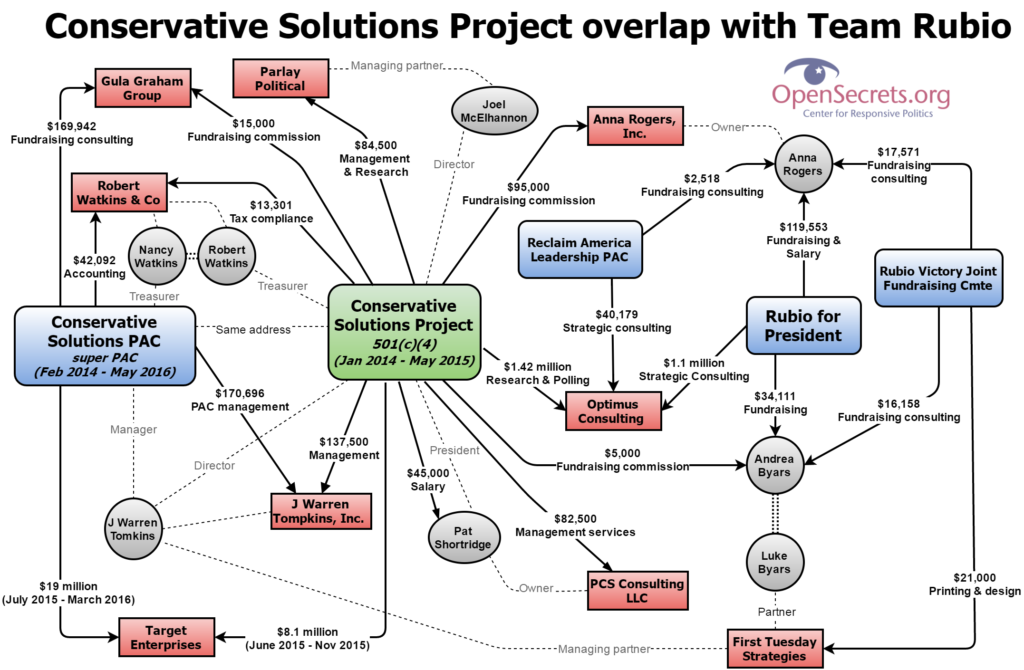 As you can see, there are multiple linkages between this “nonprofit,” a pro-Rubio political action committee and Rubio’s official campaign.  And Tompkins and his various political associates are at the center of several of those linkages.

According to the report, the pro-Rubio nonprofit ran television advertisements “airing in early primary states” that “cast Marco Rubio’s positions on taxes and national security in the most flattering possible light.”

None of these expenses were reported to the Federal Election Commission (FEC), however, because they were technically “educational” ads – and because they ran far enough ahead of the 2016 primary elections to avoid certain disclosure requirements.

As we chronicled extensively, South Carolina’s “Republican” establishment went all in for Rubio in 2016 – part of a last-ditch effort to blunt the momentum of Donald Trump’s populist insurgency.  Former S.C. governor Nikki Haley – at the time a prominent #NeverTrumper – was part of that effort, too.  Perhaps coincidentally, her endorsement of Rubio has also drawn scrutiny given that her top political advisor – Jon Lerner – was a paid consultant to the pro-Rubio Conservative Solutions PAC.

Lerner now works under Haley in her new role at the United Nations – a position given (and governed, it would appear) by Trump.

Obviously all the “dark money” Rubio received failed to move the needle.  He and U.S. Senator Ted Cruz of Texas finished in a virtual tie for second place in South Carolina’s “First in the South” 2016 presidential primary election – well-behind Trump.

Once the dominant political consultant in the Palmetto State, Tompkins was a top strategist to former U.S. president George W. Bush.  He also runs a successful lobbying practice.

We reached out to Tompkins’ empire in the hopes of getting some sort of comment on the Rubio dark money scandal, but did not immediately receive a response.  If that changes, we’ll be sure to let our readers know.

Should "dark money" nonprofits like Conservative Solutions Project be allowed to advocate on behalf of political candidates?