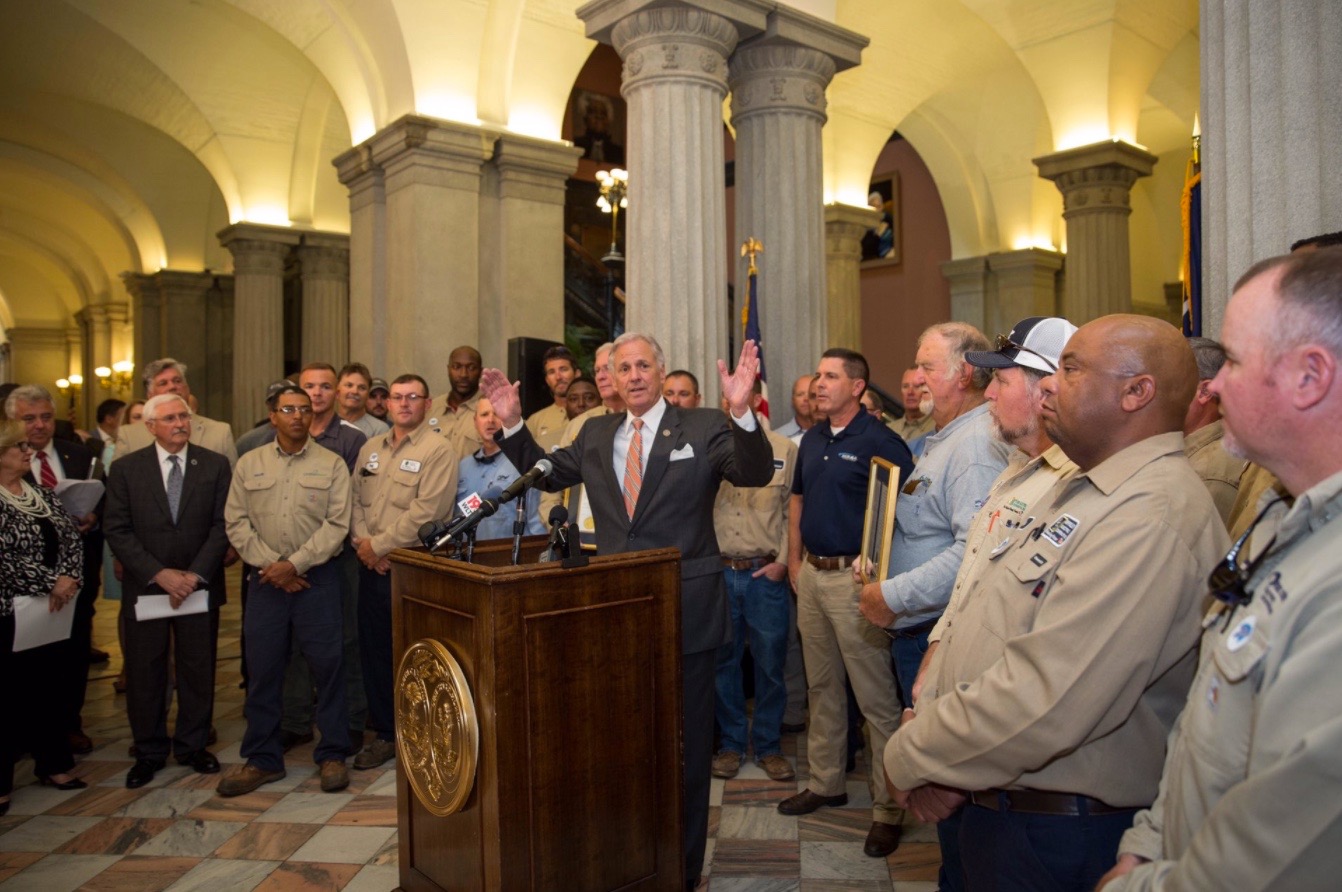 GOVERNOR PRAISED FOR A VETO HE HASN’T ISSUED YET …

Call it a case of premature exuberance …

The only problem?  He hasn’t kept his promise … at least not yet.

As of this writing, state lawmakers were still in negotiations on this tax hike – and have yet to approve a final version that reconciles several major points of contention.  Once they do reach a final agreement, both the S.C. House of Representatives and the State Senate must sign off on that legislation – which isn’t likely to happen until next week.

Only then will McMaster have the opportunity to make good on his word.

Nonetheless, the group Americans for Prosperity has launched a new website urging South Carolina voters to “Thank Governor McMaster for Keeping His Promise!”

“Governor Henry McMaster promised the people of South Carolina that he would veto any bill that included a hike in our state’s gas tax,” the website stated. “And the Governor is keeping his promise!”

Well, we hope that’s what he’s doing … but again, he hasn’t done it yet.

Moreover, we’re curious why AFP (which recently fired its South Carolina director in the aftermath of this exclusive report) didn’t slam McMaster for affixing his signature on an $826 million annual tax hike to bail out the state’s failing pension fund?

“Truly exceptional that AFP would praise him for something he hasn’t done and (yet) fail to hit him for the $800 million tax hike he proactively signed,” one source watching McMaster’s upcoming reelection bid told us.

Also, AFP’s “Thank You, Governor McMaster” website neglected to point out that on the same day McMaster pledged to veto the gas tax hike – he also pledged his support for over $1 billion in deficit spending on infrastructure.

The only way that money gets paid back?  You guessed it … tax dollars.

Finally, AFP has remained curiously silent on McMaster’s request for a $5 billion infrastructure bailout from the federal government – money which also has to be paid back at some point by taxpayers.

Don’t get us wrong – we’re thrilled McMaster has taken a definitive position against the proposed gas tax (unlike the curious kabuki dance one of his would-be 2018 rivals did on the issue earlier this week).  He should be commended for staking out such a position, and we certainly hope he winds up making good on his promise.

But let’s not thank him before he actually does so … and let’s also not neglect to view his veto threat in the context of his overall fiscal record, which at the moment leaves an awful lot to be desired.

Savannah Is Sweating The Big Boat