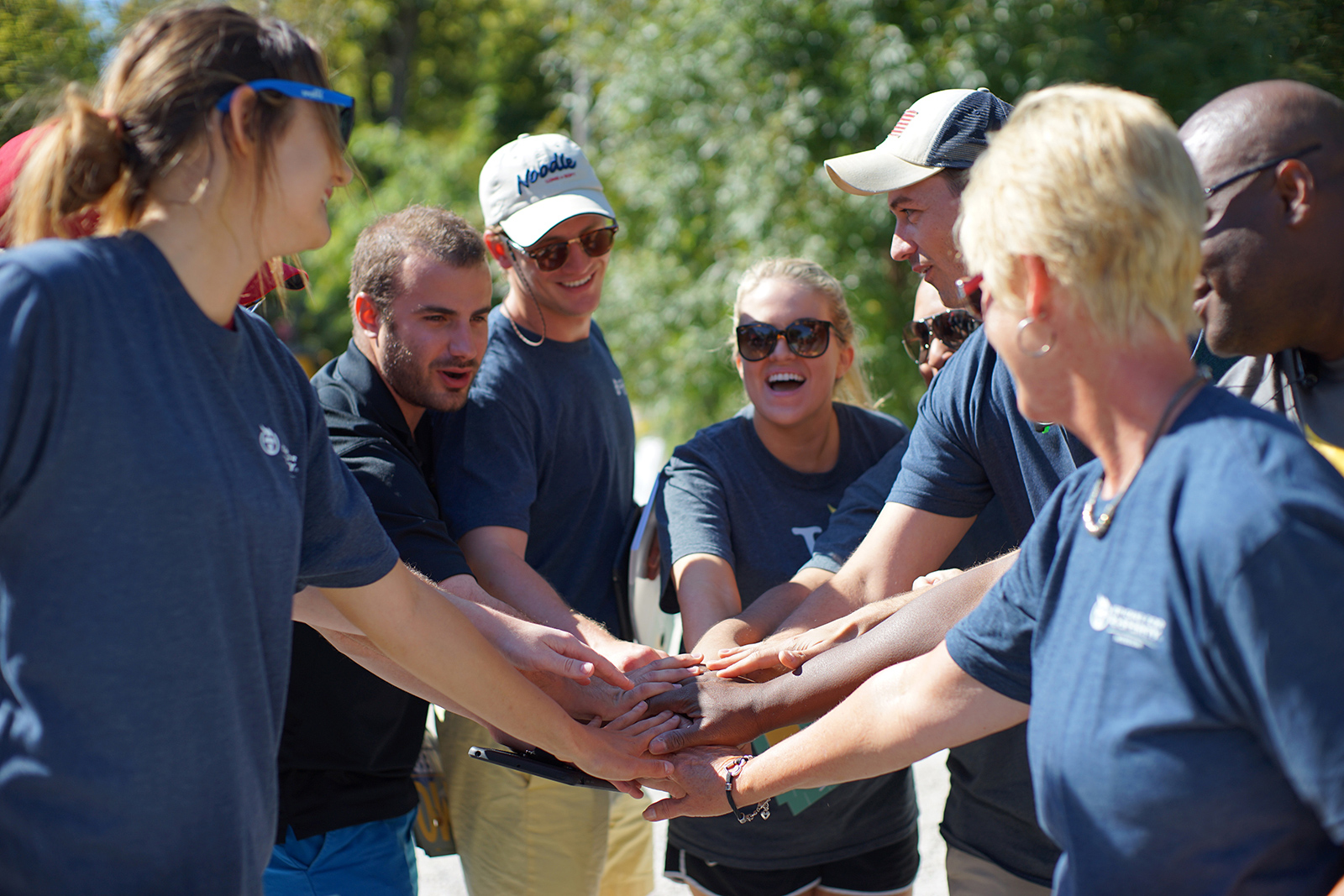 As we’ve stated on several previous occasions we are grateful when the group Americans for Prosperity decides to engage on behalf of taxpayers on important issues – like the upcoming debate in the S.C. Senate over a massive (and totally unnecessary) tax hike.

The group is to be commended for its advocacy on this front … including its willingness to call out lawmakers who refuse to stand with taxpayers.

Does AFP always get it right?  No.  Nor is the group always consistent in its advocacy.

That happened a few weeks ago, in fact … prompting a particularly petulant response from AFP’s South Carolina director, Daniel Brennan.  We’ve had scant interaction with Brennan in the past – and based on our founding editor Will Folks‘ exceedingly brief phone conversation with him following last month’s AFP article, that’s a good thing.

What kind of guy is Brennan?  Perhaps this story will shed some light …

Over the Easter weekend, a member of Brennan’s Columbia, S.C. neighborhood Facebook group – Rosewood Neighbors – came upon a dog that had been hit by a car.

“I couldn’t leave him there so (I) wrapped him up in a blanket and brought him home in the hopes of finding the owner,” the woman wrote of the dog, which was killed after being struck by the car.  “If I am unable to locate his family, we will bury him in our yard tomorrow.”

Sad, right?  Indeed.  But very thoughtful on her part to make such an effort … 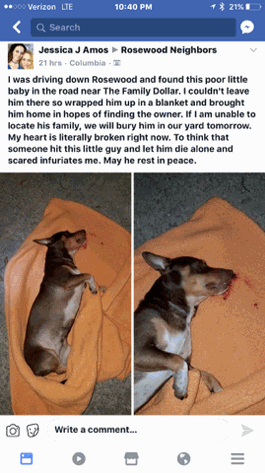 “Dog without collar was clearly not wanted,” he wrote. “No need to post this shit on here. Those of us that don’t lose our dogs or let them run loose aren’t interested in seeing dead dogs on here. Jeez.” 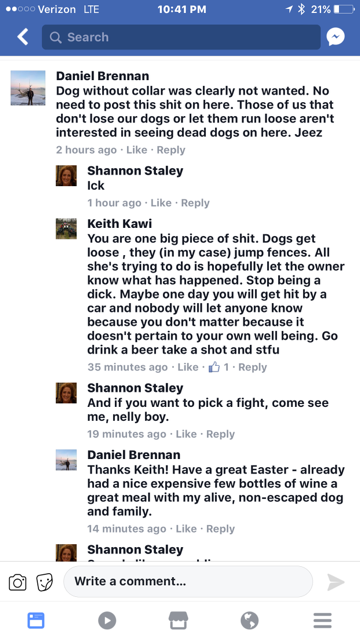 Called out by several members of the group, Brennan told one of them to have “a great Easter” – adding that he “had a nice expensive few bottles of wine (and) a great meal with my alive, non-escaped dog and family.”

The interactions continued from there … 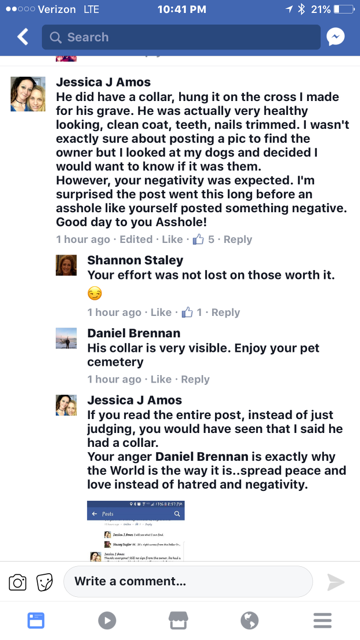 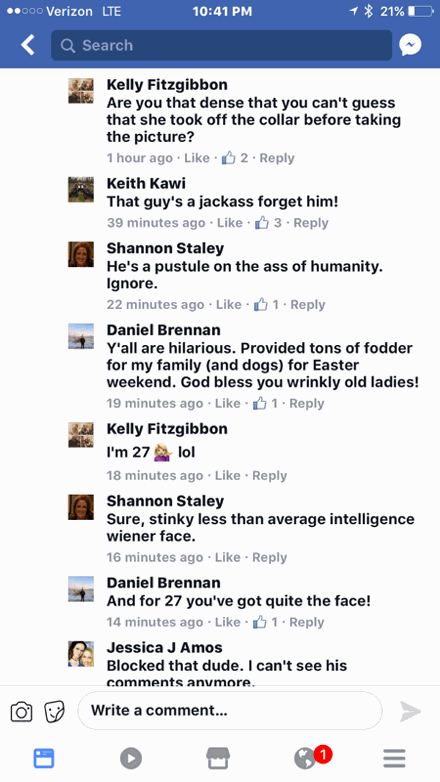 Sure … but then Brennan upped the ante by posting a picture of a dead dog with blood streaming from its head.

“Lost dog,” Brennan wrote.  “Owners were from rosewood so he escaped … I found him and buried him and because I’m a martyr I’ve decided to post to shame the bad dog owners and look like a saint.  Thank you for enjoying the dead dog picture and knowing what a great person I am. Happy Easter!”

He then added a one-finger salute … 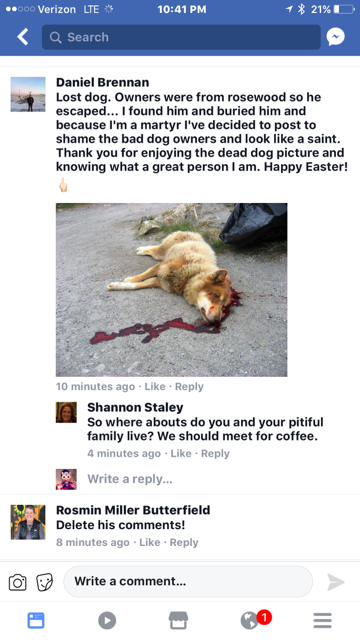 “The guy has some serious problems,” one of Brennan’s neighbors observed.

Ya think?  That’s putting it politely …