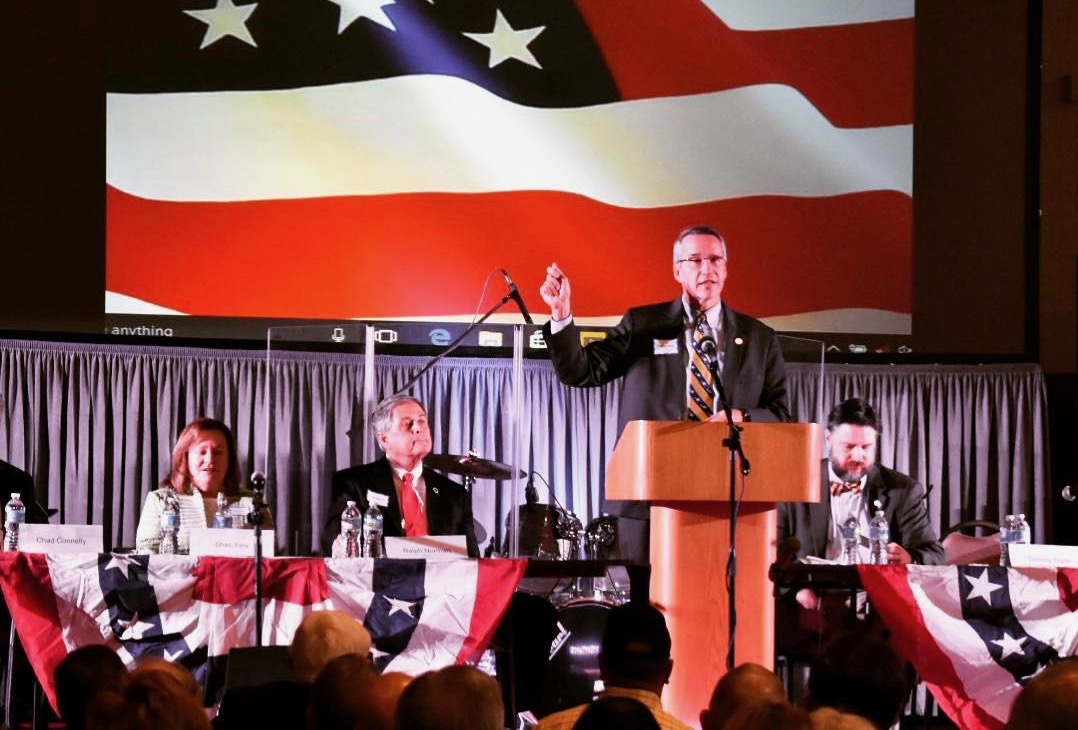 The frontrunner in this spring’s increasingly testy race for South Carolina’s recently vacated fifth congressional district is being accused of refusing to cooperate with an ongoing criminal investigation into corruption in state government.

According to the group “Conservatives for Congress,” S.C. Speaker pro tempore Tommy Pope – along with Speaker Jay Lucas – is refusing to release records sought by media outlets in connection with #ProbeGate – the anti-corruption investigation that’s being led by special prosecutor David Pascoe.

“Why will House Speaker Jay Lucas and Speaker Pro Tem Tommy Pope not cooperate with this investigation?” an email from the group asks.

This inquiry has already resulted in the resignation of one powerful Palmetto political leader and the indictment of two others.

Pope is the second-highest ranking member of the S.C. House of Representatives.  Previously, he’s been criticized for being too cooperative with the investigation.  Of course that was before the S.C. House declined to turn over documents related to the probe to reporters, citing an exemption from the state’s Freedom of Information Act (FOIA).

This is the same exemption invoked by former S.C. governor Nikki Haley when she was accused of affairs during a contentious 2010 gubernatorial election.

[/timed-content-server]Pope is one of six “Republicans” running for the congressional seat vacated back in February by new White House budget director Mick Mulvaney.

Mulvaney won the seat in the Tea Party wave election of 2010 over U.S. House budget chairman John Spratt.  He won reelection in 2012 after the district’s lines were redrawn, and again in 2014 and 2016.

The fifth district (map) covers the northern central portion of South Carolina – including the booming suburbs of Charlotte, N.C.  It has been reliably Republican since it was redrawn prior to the 2012 elections – which is one reason Democrats had trouble getting top prospects (like S.C. Rep. Mandy Powers Norrell) to consider running for the seat.

There’s also the Trump surge to consider … a wave of new GOP support (or lapsed GOP support) that shaded this district an even deeper shade of Republican red.

Democratic and Republican partisan primary elections will be held on May 2 – with likely runoffs (certainly on the GOP side) to be held two weeks later.  In South Carolina’s partisan primaries, runoff elections are held in the event no candidate receives a majority of votes in the initial round of balloting.  The special election itself is scheduled for June 20 – with the leading vote-getter on that date becoming South Carolina’s next congressman.