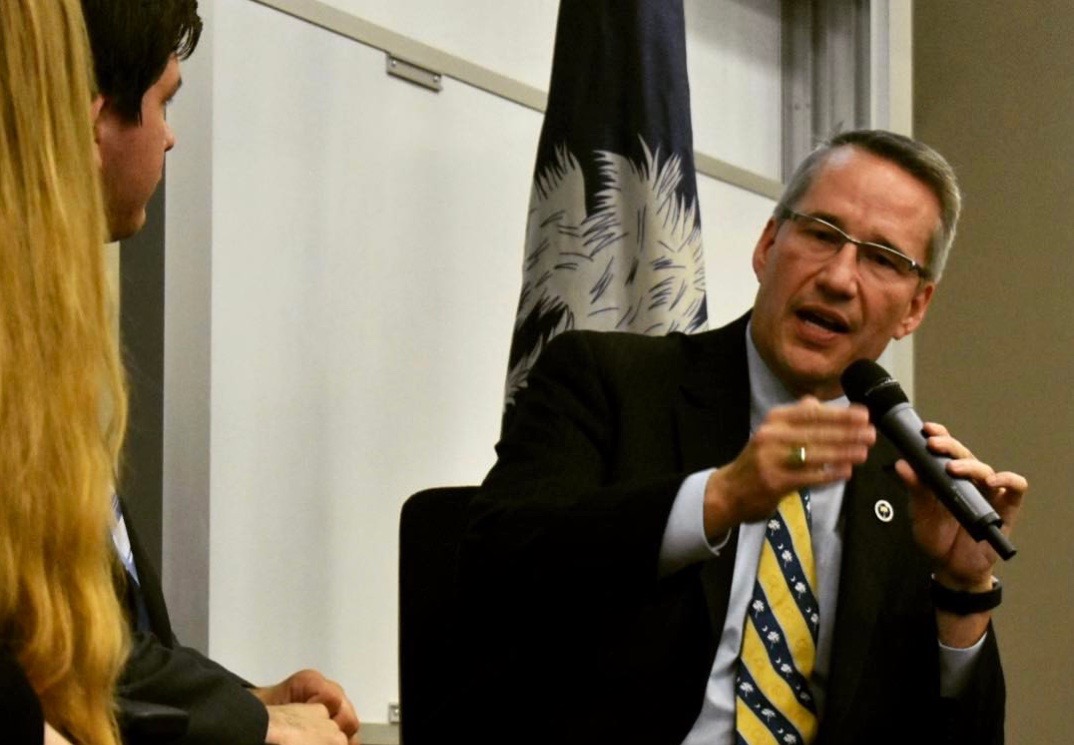 As the date draws nigh for this spring’s special election in the South Carolina fifth congressional district, the broadsides are beginning to be unleashed.

In other words, the race is starting to resemble a typical Palmetto State election.

On the receiving end of the latest barb?  S.C. Speaker pro tempore Tommy Pope – who is all-but-assured of finishing in one of the top two spots in the May 2 “Republican” primary election for this seat, which was vacated back in February by new White House budget director Mick Mulvaney.

According to a group called “Conservatives for Congress,” Pope violated campaign finance law when he filmed a pair of campaign videos at the S.C. State House earlier this week.

Really?  This is what Pope is getting hit on?

Last time we checked there were far more effective ways to pop Pope.  Hell, the guy’s nickname on the campaign trail this year is “Tax Hike Tommy” after his recent vote in support of a massive (and totally unnecessary) gasoline tax increase.

Seriously … why would anyone hit him on anything else?

Anyway, as we suspected Pope’s campaign was ready and willing to engage on this front.

“This is a ridiculously misleading charge from a group that’s desperate to slow Tommy’s clear momentum,” said Jon Kohan, an advisor to Pope.  “This doesn’t amount to a hill of beans.  It’s not against the rules, no state resources were used and the House was in recess.”

Pope – the early frontrunner in the GOP race – is facing stern challenges from a trio of candidates including Camden, S.C. businessman (and S.C. State Guard leader) Tom Mullikin, former S.C. Rep. Ralph Norman and former SCGOP chairman Chad Connelly.  Social conservative activist Sheri Few is also faring better in this race than many (including us) expected – although she’s still a long shot to capture one of the top two slots in the May 2 election.

If no GOP candidate draws a majority of voters on May 2, the top two finishers in the race will advance to a runoff election on May 16.  The winner of that head-to-head matchup will be the GOP nominee for the June 20 special election.

The Wall: Will Donald Trump Build It?