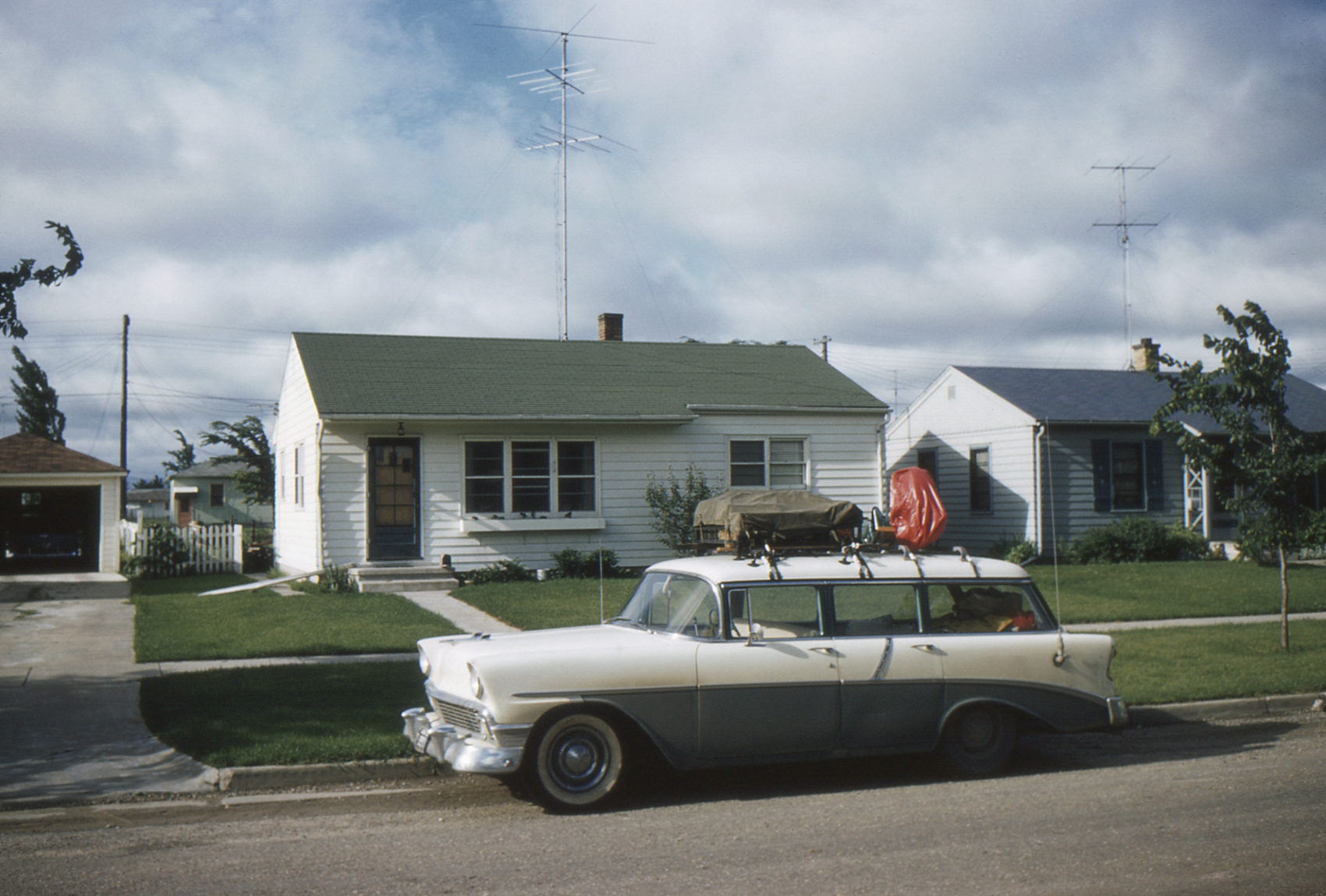 We don’t care what color you are.  Or where you worship.  Or who you choose to love.  Or how you dress or talk.  In fact we don’t even particularly care where you go to the bathroom … so long as you keep your hands to yourself.

That’s honestly the lynchpin of our libertarian worldview: As long as your pursuit of happiness doesn’t impose on another’s liberties – and as long as you don’t expect other people to pay for your lifestyle – then we are going to get along just fine.

Furthermore our view on sanctimonious social conservative (or for that matter “tolerant” liberal) hypocrites has been made abundantly clear over the years.

We don’t like people who view government as a way to impose their ideology … whether they are coming from the rabid left or the religious right.

Anyway, those are our beliefs.  And we’re sure everyone reading this post has their own beliefs.  But this post isn’t about what we believe – or what you believe.  It’s about raw numbers.

Specifically, it’s about data released earlier this month by the U.S. Census Bureau in a report entitled “The Changing Economics and Demographics of Young Adulthood: 1975-2016.”

“In prior generations, young adults were expected to have finished school, found a job, and set up their own household during their 20s – most often with their spouse and with a child soon to follow,” the report noted.  “Today’s young adults take longer to experience these milestones.  What was once ubiquitous during their 20s is now not commonplace until their 30s.  Some demographers believe the delays represent a new period of the life course between childhood and adulthood, a period of ’emerging adulthood’ when young people experience traditional events at different times and in a different order than their parents did.”

Our friends at Zero Hedge described it another way …

“Just a few short decades ago America’s youth was highly encouraged by eager parents to become self-sufficient by the ripe old age of 18,” the website noted.  “Today, the mere suggestion of such a thing could land unsuspecting parents in prison for ‘triggering’ their offspring with malicious ‘hate speech.'”

Ha!  That’s probably a bit of hyperbole … but the point is well-made.  In fact we’ve been making it for years as a rash of “emerging adulthood” in America continues to sap taxpayer resources on a host of different fronts.

Per Zero Hedge, here are some of the report’s key findings …

This data describes nothing less than the fundamental uprooting of the American family unit, people.  It is also some of the best evidence yet that social conservatives who claim “family values = fiscal values” may not be completely talking out of their tighter-than-average sphincters.

Does that mean it’s time to start legislating morality left and right?  No … but it’s probably past time to start letting taxpayers off the hook for government’s perpetual incentivizing of dependency (and all those student loans).

Of further interest?  The Census report provided a detailed breakdown of which states were hosting the highest percentage of “safe spaces” for these, um, “emerging adults.”

Not surprisingly, uber-liberal New Jersey, Connecticut and New York topped the list – with each state “boasting” at least forty percent of its millennial population living at home with parents.  In fact only three of the top fourteen states on this ignominious list went for GOP presidential nominee Donald Trump last fall (including Florida and Pennsylvania). 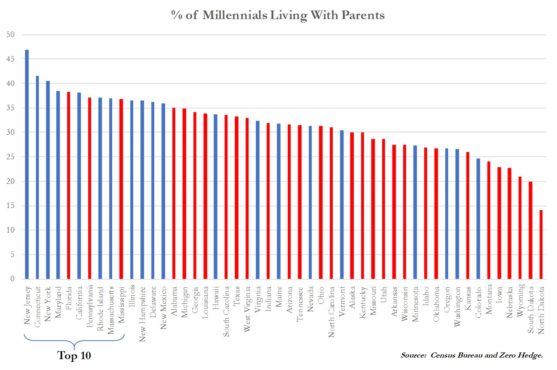 Our home state of South Carolina ranked No. 20 on the list, incidentally, with roughly a third of its millennial population living at home with parents.

Which states had the lowest percentage of “emerging adults?”  The Dakotas, followed by Wyoming, Iowa, Nebraska and Montana.  And yes, all six of those states shone bright red during the 2016 presidential election.

Want to review the data for yourself?  Here’s the report …

And here’s a little something for your earbuds …