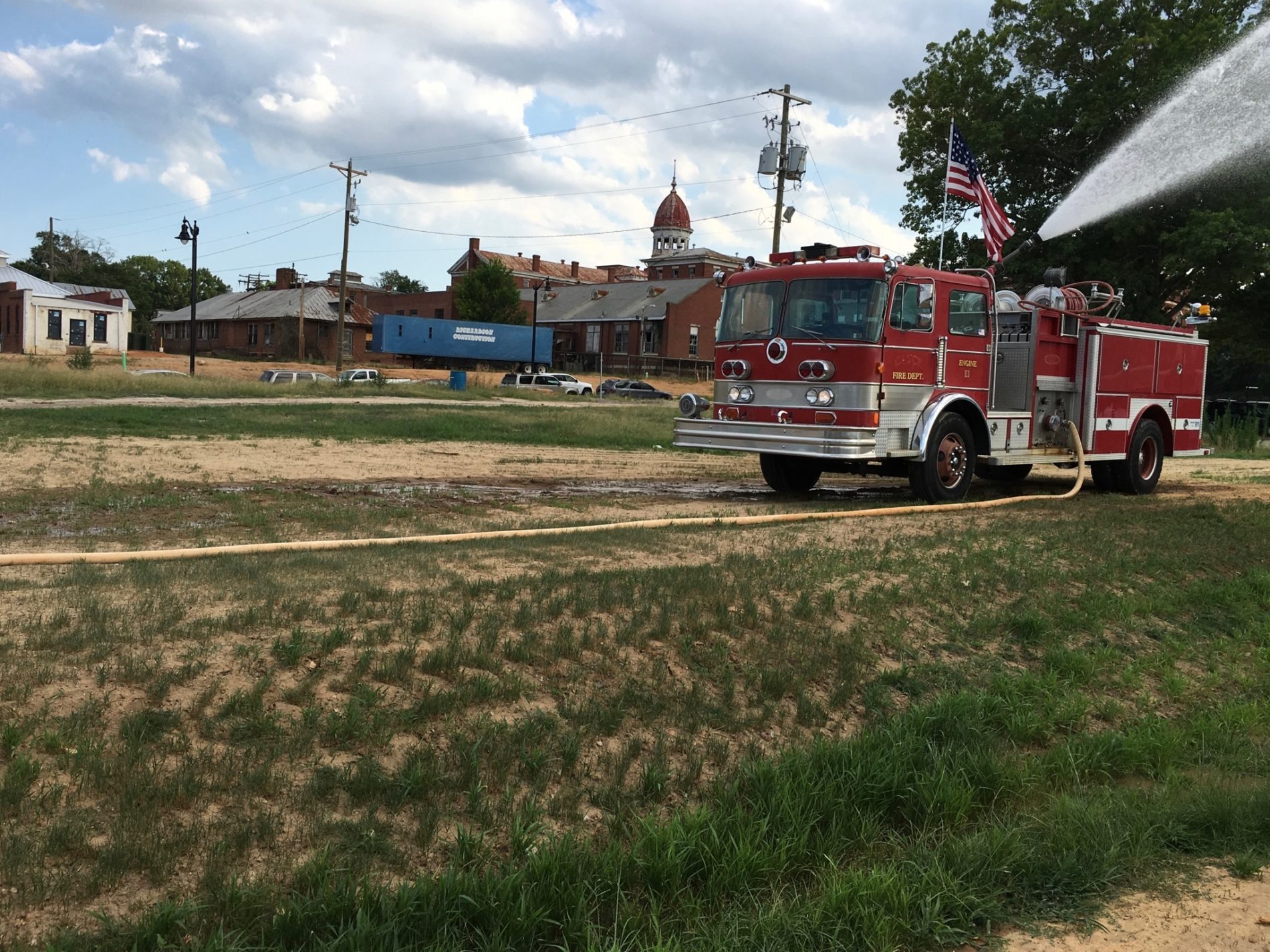 Bull Street has already burned through at least $70 million in public funds – yet none of the forty-plus tenants whom Greenville, S.C. developer Bob Hughes promised would be coming to this facility have opened their doors.  Or even started construction.  Or even inked agreements, it would appear.

Late last month, reporter Chris Trainor of The (Columbia, S.C.) Free Times exclusively reported that the lone project slated to open on this property – a 10-screen luxury movie theater to be run by Alabama-based Cobb Theaters – had pulled out of the deal.

“We’ve terminated our lease,” Cobb Theaters chief operating officer Frank Stryjewski told Trainor. “Our reasons are really quite simple. The parking contingency that was to be met in a certain time period by the developer was not met. Although they may eventually get there, the timing of the deal, for us, really changed strategically what we decided to do.”

Is that the real reason though?

Multiple sources have confirmed to FITSNews that Cobb Theaters’ decision to exit its lease had less to do with “parking contingencies” and more to do with the economic vitality of the area.  According to these sources, the decision to pull up stakes was made after a top company official paid a secret visit to the sprawling, mostly dilapidated 181-acre campus.

“The truth is the company head showed up without the city expecting him and went to the site,” a source familiar with the situation told us.  “After seeing the amount of homeless people he decided to look at other cities.”

A city official who spoke with us on condition of anonymity confirmed that account.

City leaders – with the breathless backing of the liberal local mainstream media – continue to promote the project, though.  In fact they want to pump even more money into the deal (at a time when core services in the city continue to be woefully-underfunded).

Meanwhile the subservient local media continues to shill for the deal …

Scandal-scarred Columbia, S.C. mayor Steve Benjamin‘s goal for this project was to turn a long-abandoned state mental health facility into a trendy new city center teeming with retail and residential activity.  As it stands now, though, the only “business” currently in operation at this site is a government-subsidized baseball park (a project that went way over budget, incidentally).

Is subsidizing minor league baseball as part of a speculative real estate development deal a core function of government?  Hell no.

But this is “Famously Stupid” Columbia … where taxpayers are repeatedly put on the hook for such hare-brained government-run boondoggles.

We toured this former state property back in 2012, referring to it as the “perfect metaphor for a corrupt, crumbling state … a vast, government-owned wasteland that is rotting away in the heart of a declining urban center.”

Our view on the property has been consistent from day one: Sell it, put the proceeds in the state’s general fund and then permit the private sector to develop it free from government interference (and taxpayer subsidization).

Like the late Columbia, S.C. city councilwoman Leona Plaugh – who wisely cautioned against this scam – we repeatedly urged city of Columbia leaders not to support this redevelopment.

So did the city’s own lawyers, actually.

“We have an ethical duty to advise that the Bull Street Development Agreement, as currently drafted, exposes the City of Columbia to significant legal and financial risks,” a memorandum from a pair of city attorneys noted in July 2013 memo.

Instead, the developer, the mayor and the media rammed their project through … because at the time there weren’t enough members of city council willing to stand for the taxpayers against such costly speculative gambles.

Incidentally, we reached out to Republican political consultant Bob McAlister – who has been the promotor-in-chief for this project from the very beginning.  McAlister, as is his habit of late, declined to provide us with a comment.

Who knows, though, perhaps he was in another meeting.

A Hot Lawyer For the Ladies