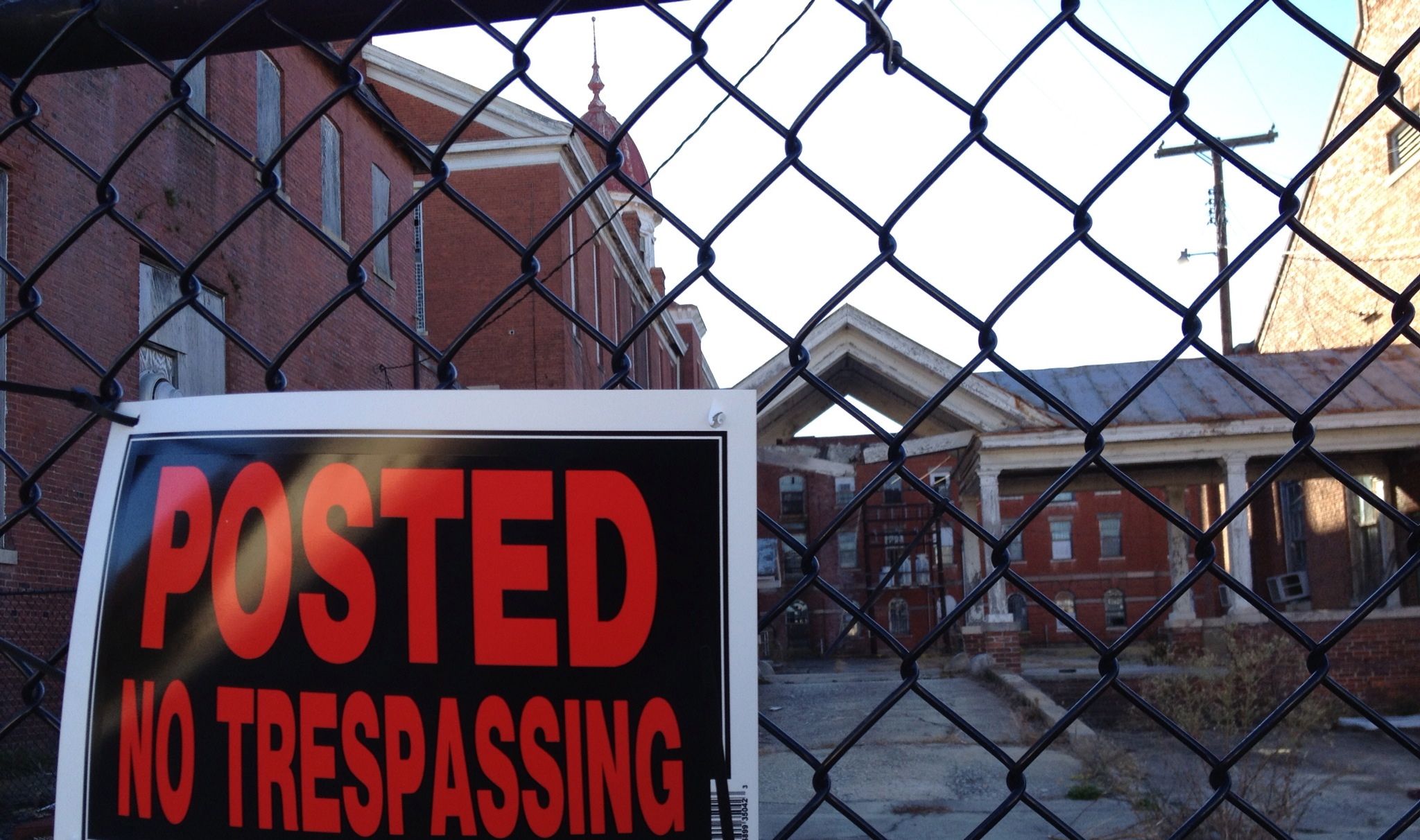 It’s a perfect metaphor for a corrupt, crumbling state … a vast, government-owned wasteland that is rotting away in the heart of a declining urban center.  Nearly two years after its sale, the largest tract of developable urban land east of the Mississippi River – Columbia, South Carolina’s infamous Bull Street property – remains undeveloped and off limits.

The sprawling 181-acre Bull Street property – which contains nearly sixty buildings (most of them neglected for decades) – has been a political football since 2004.  That’s when ex-S.C. Gov. Mark Sanford first proposed selling the former home of the S.C. Department of Mental Health (SCDMH).

In his 2004-05 Executive Budget, Sanford noted that “as recent(ly) as the late 1960’s the campus housed over 3,000 patients but is now down below 300 patients.”  Nonetheless, SCDMH spent $46 million on the property in FY 2003-04.  Sanford’s proposal?  Shut down the few remaining operational buildings and sell the campus – with the proceeds going to taxpayers.

Makes sense, right?  Of course it does … which is why it should have been done years ago.

Even greedy state and local politicians have long recognized the value of such a deal in terms of tax revenue – and the jobs they could take credit for creating.  In fact former Columbia, S.C. Bob Coble has previously hailed the development of the Bull Street property as “Columbia’s BMW,” referring to the economic impact of the German carmaker’s Upstate, S.C. manufacturing facility.

Unfortunately, this is South Carolina – where walking and chewing gum simultaneously is the equivalent of rocket science.  As a result, “Columbia’s BMW” has been a major bust.

More than eight years after Sanford proposed its sale (and two years after it was actually sold to Greenville, S.C. developer Bob Hughes) the property’s status remains in limbo – losing additional value as its buildings deteriorate further.  In 2000, the Bull Street campus was assessed at $32 million – although it failed to fetch even half that amount by the time it finally found a buyer.

As with other outdated assets, the state of South Carolina missed its window to unload the property.

In fact Bull Street has continued to drain funds from taxpayers – not only in maintenance costs but hundreds of thousands of dollars for various “urban renewal” plans for the property.

Sale of the property to Hughes was announced in December 2010 for $15 million (a sum payable over seven years).  This deal was approved in June 2011 by the S.C. Budget and Control Board (SCBCB).

“We will stress diversity in land use, income levels and ethnicity as we plan and build,” he said last summer. “It will be a special place where people can live, work, shop and enjoy a variety of cultural and recreational activities within walking distance.”

However eighteen months have passed since the sale was approved and … nothing.

Not only has there been no new development on the property – there’s still a big “contract pending” sign stuck in front of it.  And no one has been willing to talk to us on the record regarding its status.

While touring and photographing the facility is technically prohibited without written permission, FITS was able to obtain access to the grounds this weekend.

What did we see?  Rust, asbestos and overgrowth …

Take a look at this gallery (and once you’re inside, you can click on each image a second time to view it in high resolution).

South Carolina taxpayers should be outraged at this development … or rather this lack of development.  They should also be outraged that they won’t be seeing a penny of the proceeds from the sale of this property (assuming it really sold) – as the S.C. Supreme Court has ruled that the cash from the sale must flow back into the state’s mental health bureaucracy.

Is SCDMH hurting for cash?  Hardly.  The agency received $387.1 million in the current state budget – including $151.6 million in state funds.

In addition to eliminating non-core government functions, South Carolina must get rid of its unused and underutilized assets.  Sadly, Bull Street is quickly turning into a case study of how NOT to do that.