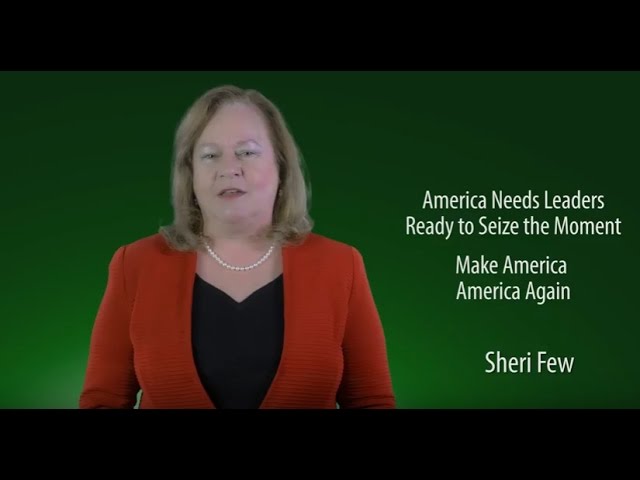 Few’s announcement video (above) is a veritable smorgasbord of red meat for hardcore conservative activists – including a vow to “fight against those who wish to destroy our history by taking down and destroying Confederate monuments.”

We can’t think of a far right-wing position the Lugoff, S.C. resident doesn’t take in this low-budget clip, which runs for a little over three minutes (yet actually portrays Few as far calmer and more lucid than we would have expected).

Honestly, we don’t disagree with a lot of what Few has to say – but as we’ve previously noted our concern is with her motivation in saying it.  Also, as much as she talks about limiting government, she’s always attempting to overtly legislate Judeo-Christian morality.  Or use tax dollars to subsidize Judeo-Christian causes.

We can’t abide either of those things …

Few is part of a crowded field.  Former SCGOP chairman Chad Connelly is likely to run, and Indian Land, S.C. attorney Kris Wampler has already announced his intention to seek the GOP nomination.  Same with S.C. Rep. Ralph Norman – who has gone so far as to say he will resign his seat in the S.C. House to focus on his bid.

Finally, S.C. Speaker pro tempore Tommy Pope is reportedly still mulling whether he will run.  His decision matters a great deal as early polling shows the ex-solicitor would be an early favorite to win this seat.

This seat would become vacant upon the confirmation of its current occupant – Mick Mulvaney – as the next director of the White House Office of Management and Budget (OMB).

The fifth district (map) covers the northern central portion of South Carolina – including the booming suburbs of Charlotte, N.C.  It has been reliably Republican since it was redrawn prior to the 2012 elections – one reason Democrats are having trouble getting top prospects (like S.C. Rep. Mandy Powers Norrell) to consider running for the seat.

(Banner via Sheri Few For Congress)