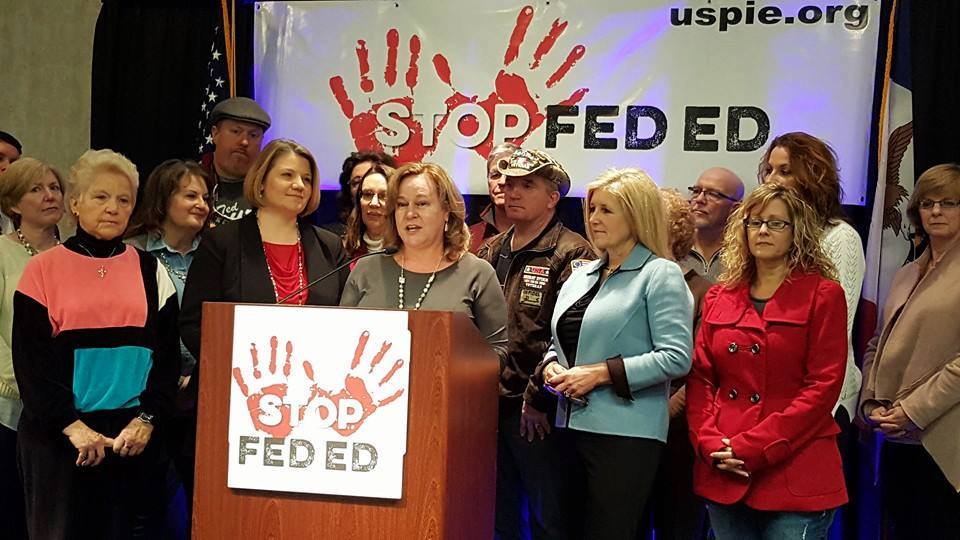 This website has always looked contemptuously upon the political career of social conservative activist Sheri Few.

Certainly we support Few’s central belief that there should be no federal intervention in the education marketplace, but we’ve always believed her advocacy on this issue was more about advancing herself than it was advancing any one ideology or policy.

We’re not alone in thinking that either.

Anyway, after Few failed ignominiously in her bid to become S.C. superintendent of education two-and-a-half years ago, we noted that this lowest of lowest common denominator politicians was “clearly angling to run for some sort of elected office again.”

According to a newly-launched campaign website, Few has decided to become a candidate for the S.C. fifth congressional district – a seat which is slated to become vacant this month when its current occupant, U.S. Rep. Mick Mulvaney, becomes the next director of the White House Office of Budget and Management.

The Lugoff, S.C. native will be part of a crowded field – and it remains to be seen whether she will be able to break into the top tier of candidates.

We hope not.  In a business replete with rank opportunists and servile panderers, Few’s bloviating brand of substance-free self-promotion stands out – and not in a good way.

She’s also one of those pharisaical Bible-thumpers whose opposition to big government vanishes the moment it begins to legislate Judeo-Christian morality.  Or use tax dollars to subsidize Judeo-Christian causes.

Other candidates for this seat?  Former SCGOP chairman Chad Connelly, S.C. Rep. Ralph Norman and Indian Land, S.C. attorney Kris Wampler.  S.C. Speaker pro tempore Tommy Pope is considering a bid, but has yet to make up his mind.  We’re also told former S.C. Department of Revenue (SCDOR) chairman Rick Reames has been approached by a group of activists eager to see a credible outsider run for this office – although it’s not clear whether those entreaties met with any success.

The fifth district (map) covers the northern central portion of South Carolina – including the booming suburbs of Charlotte, N.C.  It has been reliably Republican since it was redrawn prior to the 2012 elections, with Mulvaney trouncing his most recent Democratic opponent by more than 20 percentage points in the most recent race.

About That SC Ports Commercial