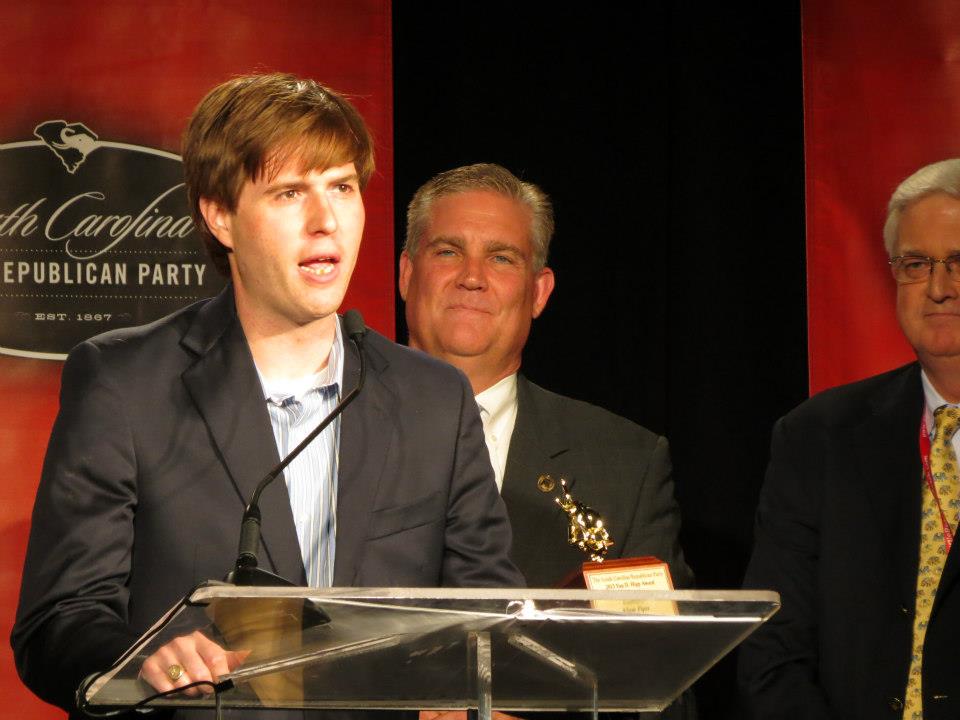 Piper is no longer working in Wilson’s office, we’re told.  Nor is he working for any of Wilson’s political organizations.  Nor has he returned to the neo-Confederate political consulting firm of Richard Quinn and Associates, where he was previously employed.

According to our sources, Piper has taken a job with the consulting firm of Columbia, S.C.-based political strategist Ed McMullen – who led the victorious 2016 “First in the South” campaign of U.S. president-elect Donald Trump.

Given the serious storm clouds hanging over Wilson’s head – and the fact McMullen’s influence has been soaring in the aftermath of Trump’s upset election win in November – we’d have to say that’s quite a fortuitous career move on Piper’s part.

Out of the frying pan, into the fast lane … if you’re mixing metaphors.

While it certainly appears as though Piper badly miscalculated in his various machinations on behalf of Wilson last year, he’s clearly done something to earn the confidence of McMullen – who has risen in the ranks of the Trump operation based in no small part on his ability to identify and retain top political talent.

Anyway, we wish Piper the best of luck in his new endeavor …