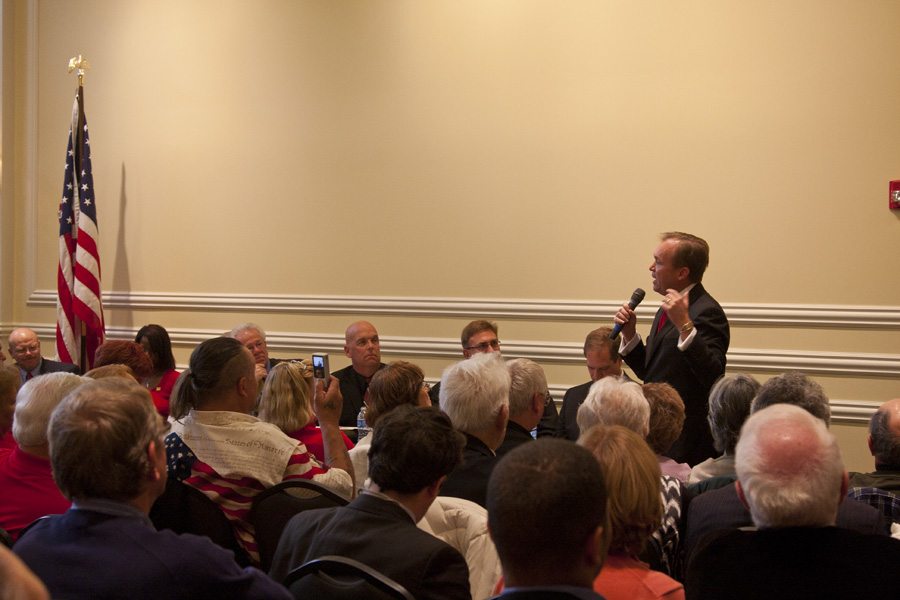 DEMOCRATS DEMAND HIS APPOINTMENT BE WITHDRAWN …

According to the paper, Mulvaney “failed to pay more than $15,000 in payroll taxes for a household employee” between the years of 2000-2004.

Mulvaney acknowledged the oversight on a questionnaire related to his confirmation before the U.S. Senate.

“I have come to learn during the confirmation review process that I failed to pay FICA and federal and state unemployment taxes on a household employee for the years 2000-2004,” he said.

Mulvaney has dealt with the bill, paying the taxes he owed at the federal level and awaiting a bill (including penalties) for any state taxes he owes.

“When other previous cabinet nominees failed to pay their fair share in taxes, Senate Republicans forced those nominees to withdraw from consideration,” U.S. Senate minority leader Charles Schumer said in a statement. “If failure to pay taxes was disqualifying for Democratic nominees, then the same should be true for Republican nominees.”

Schumer’s comment was in reference to former U.S. Senator Tom Daschle, who was forced to withdraw his nomination as president Barack Obama‘s U.S. Department of Health and Human Services (DHHS) director after it was revealed he had paid $140,000 in back taxes related to some unreported consulting income and a manservant provided for him by one of his clients.

This website has often taken a dim view of Mulvaney.  In fact we’ve been exceedingly harsh on him in recent years for what we believe to be inadequate allegiance to the ideals of the movement that elected him to Congress back in 2010.

Of course we’ve also defended him when he was criticized for silly things … like this particular line of attack.

Despite our occasional ideological misgivings about Mulvaney, as we noted in breaking the news of his appointment “there’s no denying his qualifications” to run Trump’s budget office.  Hopefully he will get that opportunity.