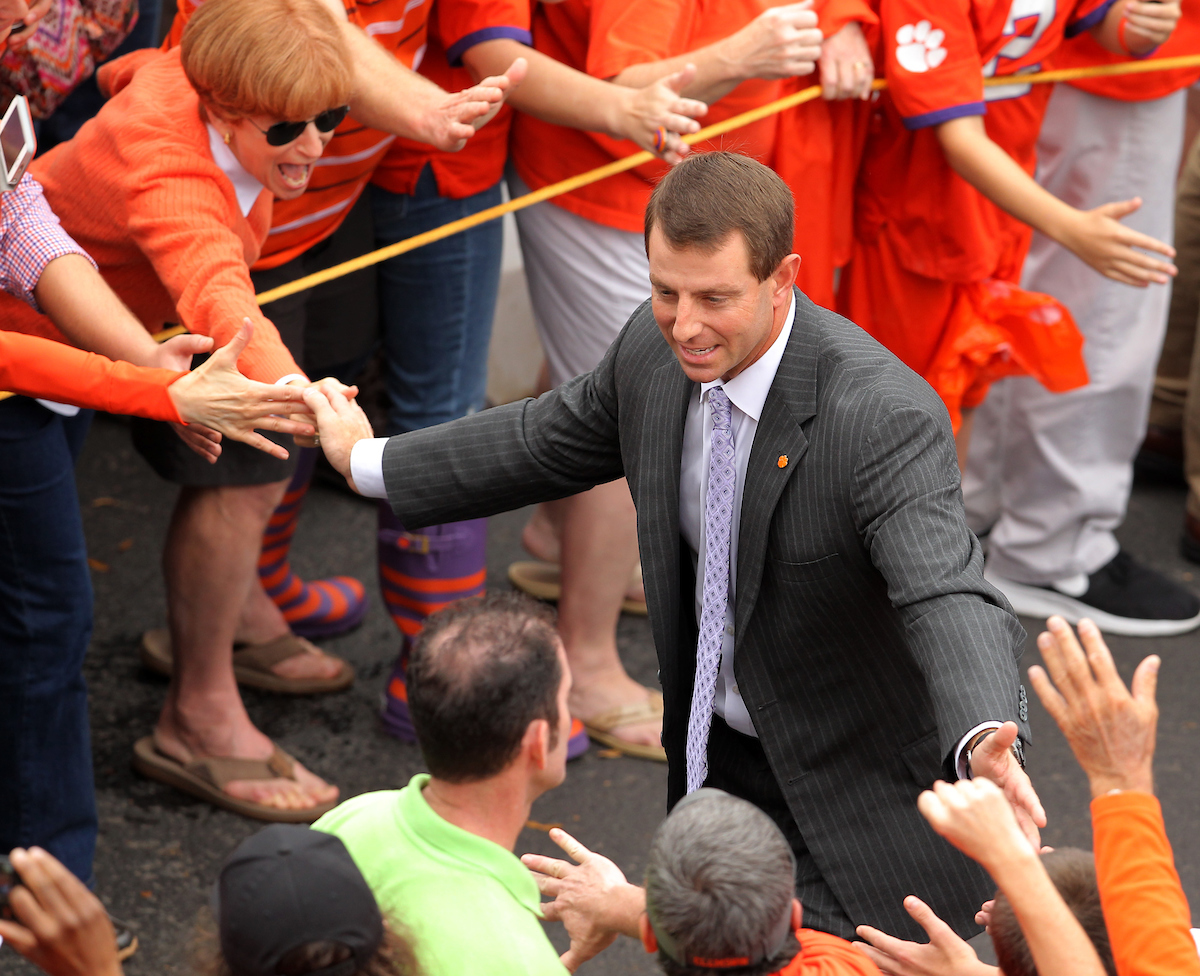 Swinney’s Tigers won the national championship this week over undefeated Alabama – the same team that bested them in the title game a year ago.  En route to their first championship in 35 years, Clemson also knocked off No. 6 Ohio State, No. 8 Florida State, No. 16 Virginia Tech, No. 21 Louisville and No. 23 Auburn.

That’s a school-record six wins over opponents ranked in the final Top 25 polls.

According to the NCAA, Clemson played the toughest schedule in America last season – with its opponents posting a 107-51 record against their other opponents (a .677 winning percentage).  That makes the Tigers the sixth national champion to have played the nation’s hardest schedule during their title run – following Penn State (1982), Colorado (1990), Florida (1996 and 2006) and Alabama (2015).

Now … does Swinney deserve the credit for this accomplishment?

That’s a good question.  This website has long-maintained that Clemson’s head coach is more of a “hype man” and that the Tigers’ recent on-field prowess has been driven by the adept recruiting and coaching of defensive coordinator Brent Venables.

Clemson went 19-15 during Swinney’s first two-and-a-half seasons (2008-10), but managed to post a ten-win season in 2011.  Unfortunately, that year ended with a humiliating loss to West Virginia in the Orange Bowl – a game that saw the Tigers’ porous defense surrender 70 points and 589 yards.

Enter Venables.  Since his hiring, Clemson has posted a 60-9 record – including a 6-1 mark in bowl/ playoff games.  Venables fielded the best defense in the nation in 2014 – and has survived (and thrived) since then despite losing multiple starters to the National Football League (NFL).

“Venables is one of the best identifiers and recruiters of raw athletic ability in the entire country,” we wrote last month.  “And once he lands these four- and five-star blue chip high school recruits, he consistently develops them into elite NFL performers.”

We’re not taking anything away from Swinney, don’t get us wrong.  We just believe that the success of the Clemson program in recent years has been driven more by its defensive coordinator more than its head coach.

If Clemson can keep Venables around who knows: Maybe they will one day have a claim to being the “new Alabama.”