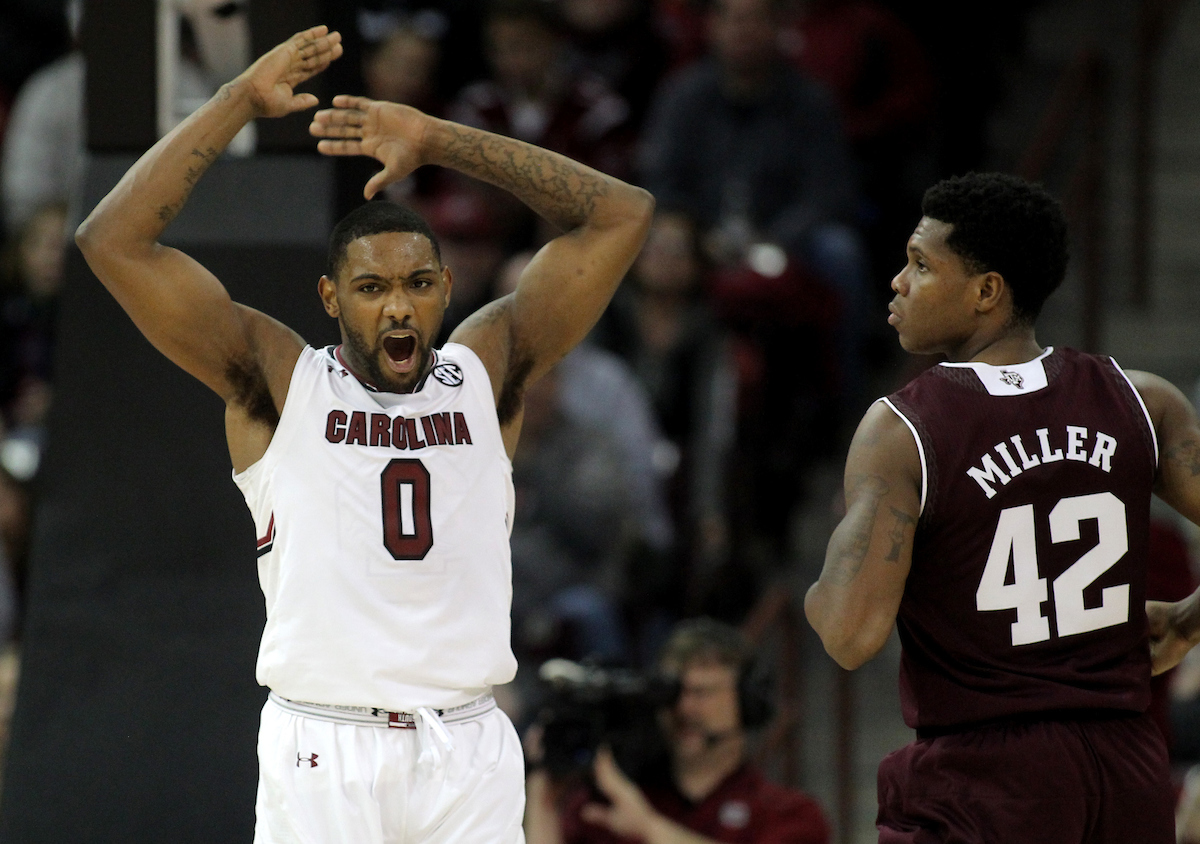 The University of South Carolina men’s basketball team has reeled off three straight victories – including a pair of road wins – to open its Southeastern Conference (SEC) slate of games.  That’s the first 3-0 start for the team in conference play since 1997.

A year ago, South Carolina narrowly missed getting an invitation to the Big Dance – where the school hasn’t appeared since 2004 (and hasn’t won since 1973).

Thornwell is doing his best to make up for lost time, though …

The 6-foot-5, 211-pound senior pumped in 22 points during the Gamecocks’ 70-60 road win over Tennessee on Wednesday night – his third straight game in double figures since returning to the lineup.  Sixteen of Thornwell’s points against the Volunteers came in the second half.

Thornwell and the teammates who took their turn pulling on the rope during his absence – notably sophomore guard PJ Dozier and senior guard Duane Notice – still have their work cut out for them if they want to go dancing in March.

After welcoming Ole Miss to Columbia, S.C. on Saturday, the Gamecocks will play back-to-back games against Top 25 opponents – No. 23 Florida (January 18) at home and sixth-ranked Kentucky (January 23) on the road.

Things don’t get any easier, in other words … although Martin (who won his 200th career game on Wednesday) clearly has the program moving in the right direction.