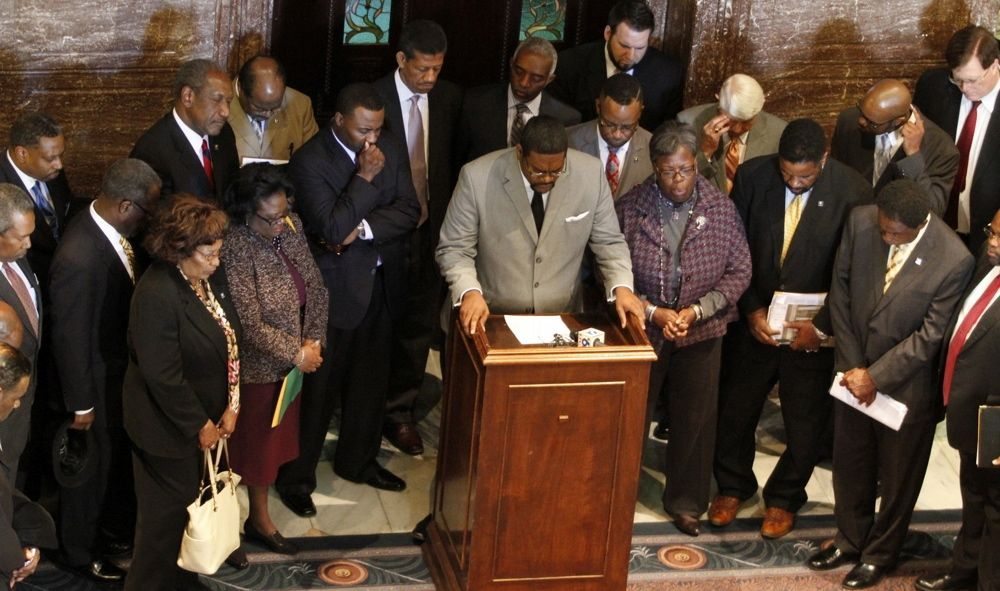 As we reported earlier this week, the S.C. Legislative Black Caucus has begun scheduling interviews with the various candidates for judicial offices in the Palmetto State.

“If you know anything about how this organization has historically approached judicial races in South Carolina, you’ll understand the humor associated with this charade,” we noted.

Seriously.  Judicial elections in South Carolina are case studies in corruption – and the black caucus has been a big part of the problem, engaging in all sorts of horse-trading and vote-swapping that has absolutely nothing to do with the qualifications of the candidates up for election.

As we’ve frequently noted, this sort of corruption could be cut out by reforming the way the state chooses its judges and justices.

Currently, legislators control the whole process.  From the selection of judicial candidates by a legislatively-controlled committee to the actual legislative voting on their “merits” – the entire system is rigged and needs to be replaced.

One judicial candidate who would probably fare poorly no matter the system?  Sam Price – a candidate for a soon-to-be-vacated family court seat in Newberry, S.C.

According to multiple sources at the S.C. State House, Price is conducting his legislative campaign against fellow Newberry attorney Mindy Zimmerman … how do we say this … “selectively.”

“He greeted every white male he saw and asked for their vote,” one source told us of Price’s glad-handing. “Wouldn’t speak to any female or person of color.”

Two lobbyists told us they were riding down the escalator early Tuesday at the S.C. State House with Price and a female, minority legislator.

According to one of the lobbyists, Price remarked to no one in particular that he was happy there weren’t any lawmakers around so he could “loosen his tie” and relax a little.

One of the lobbyists proceeded to tell Price that he was, in fact, standing next to a lawmaker.

At that point, according to these witnesses, Price told the black female legislator that “you people” needed to update their pictures in the state’s legislative directory because “all of your pics are thirty years old.”

“Well, I am not even going to ask you if you know my name since you couldn’t even identify me as a member of the legislature,” she reportedly said.

Wow … we can’t wait to see how Price’s interview with the black caucus goes!

Sources close to Price tell us his comments were “misconstrued” and that he was referring to all lawmakers when he said “you people.”

“Are you kidding me?” one of his allies scoffed. “White legislators are every bit as guilty of using dated pics.”

That’s true … although we would encourage Price to make it a point to highlight his outreach efforts at the S.C. State House if he wants his candidacy to have more than the proverbial snowball’s chance.

Even if the outcomes are pre-ordained, sometimes appearances do matter.