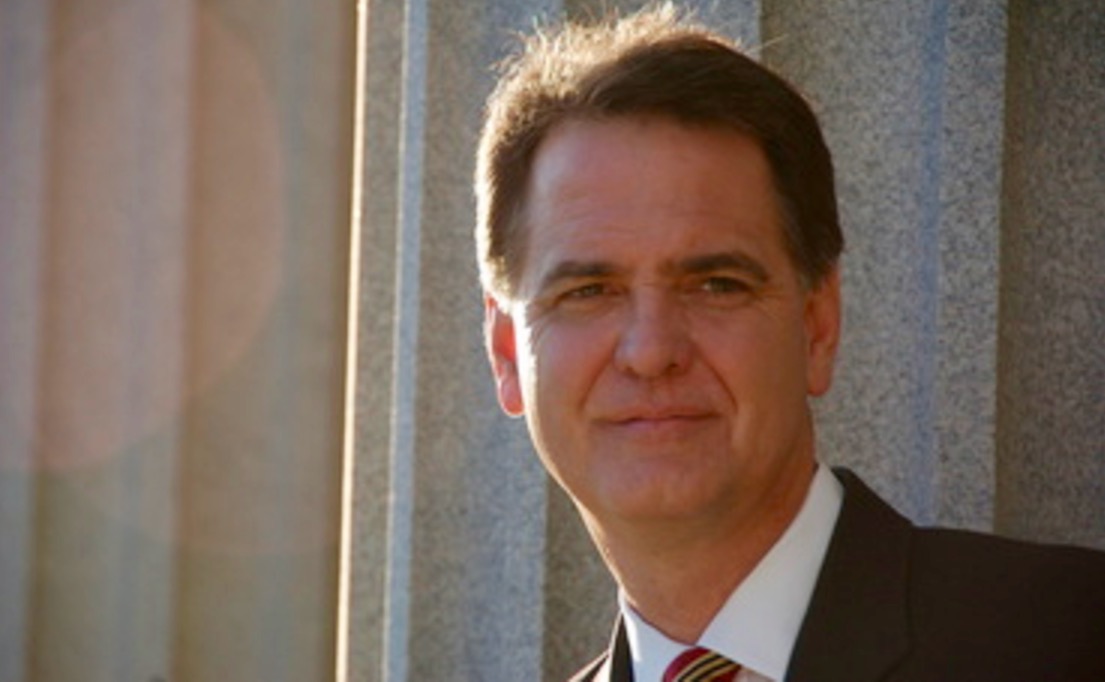 Moore, 34, has not said whether he will seek another term as chairman of the state party – a job he took over in June of 2013.  In fact sources tell us Moore privately told several Republican leaders last month that he was inclined not to seek another two-year term.

Meanwhile the 60-year-old Dawson – who held the post from 2002 to 2009 – has not definitively said whether he is seeking another run at the office.  However he is clearly maneuvering into position.

From one of our sources, here is a copy of the letter sent by Dawson last week to an undisclosed list of Republican activists and elected officials … 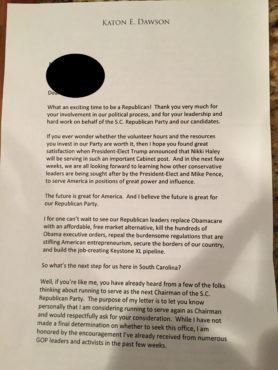 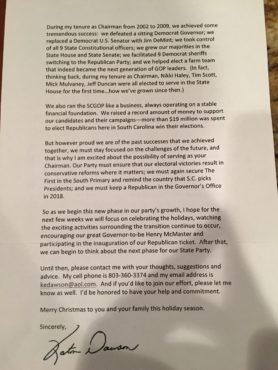 In the letter, Dawson stated he is “considering running to serve again as Chairman.”

After listing his accomplishments, he added that during his tenure he “ran the SCGOP like a business, always operating on a stable financial foundation.”

That’s a shot at Moore – who has been accused by some GOP executive committee members of mismanaging the party’s treasury (allegations he denies).

Dawson ran unsuccessfully for chairman of the Republican National Committee (RNC) in 2009 – but was defeated in that race by former Maryland lieutenant governor Michael Steele.  Since then he has worked with numerous establishment Republicans – emerging during the 2016 election as one of the leaders of the failed #NeverTrump movement.