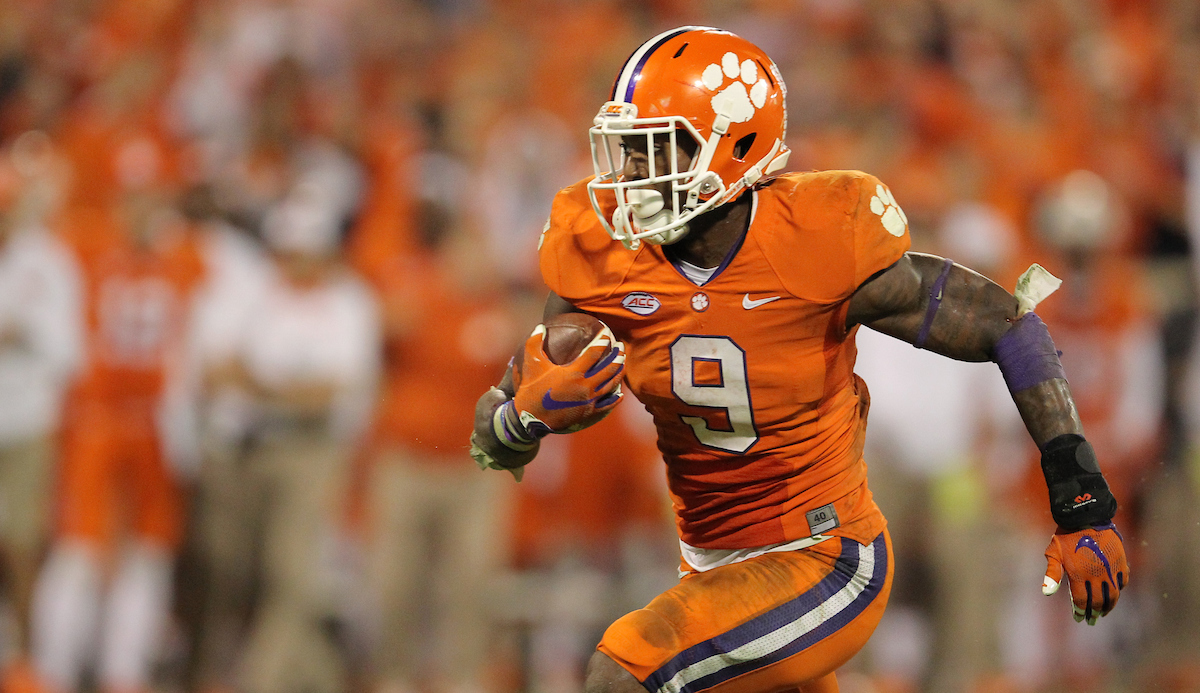 HOLD OFF ON THE #CLEMSONING …

If #Clemsoning is trending on social media, it shouldn’t be.  Yes, the No. 2 Clemson University football team – whose recurring let-downs in big games created a new verb synonymous with choking – choked hard on Saturday.

Head coach/ hype man Dabo Swinney‘s Tigers lost at home to unranked Pitt – despite entering the game as a three-touchdown favorite.  It was Clemson’s first loss to an unranked opponent in more than five years – and the Panthers first win over a team ranked as high as Clemson in nearly a decade.

And while Heisman Trophy candidate Deshaun Watson broke the Atlantic Coast Conference (ACC) single-game passing record with a whopping 580 yards through the air – he three three interceptions to go with his three scoring strikes.

One of those pics was returned 70 yards to set up a Pitt touchdown with just over five minutes left in the game.  And when Clemson – leading 42-40 – couldn’t convert on a fourth-and-one play deep in Panther territory on their next possession, the underdogs from the Rust Belt got their shot at history.

They didn’t miss it, either.

Despite Swinney attempting to “ice” Pathers’ placekicker Chris Blewitt with a late timeout, the 5-foot-9, 195-pound Alexandria, Virginia native drilled a 48-yard field goal with just six seconds remaining on the clock to put his team ahead 43-42.  And when the Tigers failed to pull off a “Miami miracle” on the ensuing kickoff, the upset was official – breaking the Tigers’ streak of 23 consecutive regular season wins (and fifteen straight conference victories).

Swinney’s Tigers have pretty much put that term to bed with their steady play over the last few years.  Like it or not, the Clemson program is now a national powerhouse – one that consistently brings in Top Ten national recruiting classes and cranks out 10- and 11-win seasons with that talent.

And while Clemson’s bid to make a repeat appearance in the College Football Playoff may have taken a hit with this loss, fellow undefeateds Michigan (No. 3) and Washington (No. 4) also went down on Saturday.

Assuming the Tigers can run the table over the next three games (on the road against Wake Forest, at home against arch-rival South Carolina and in the ACC championship game in early December), they should still get their shot to play for the national championship that eluded them a year ago.

One more #Clemsoning … err, misstep, though, and the gig is up.