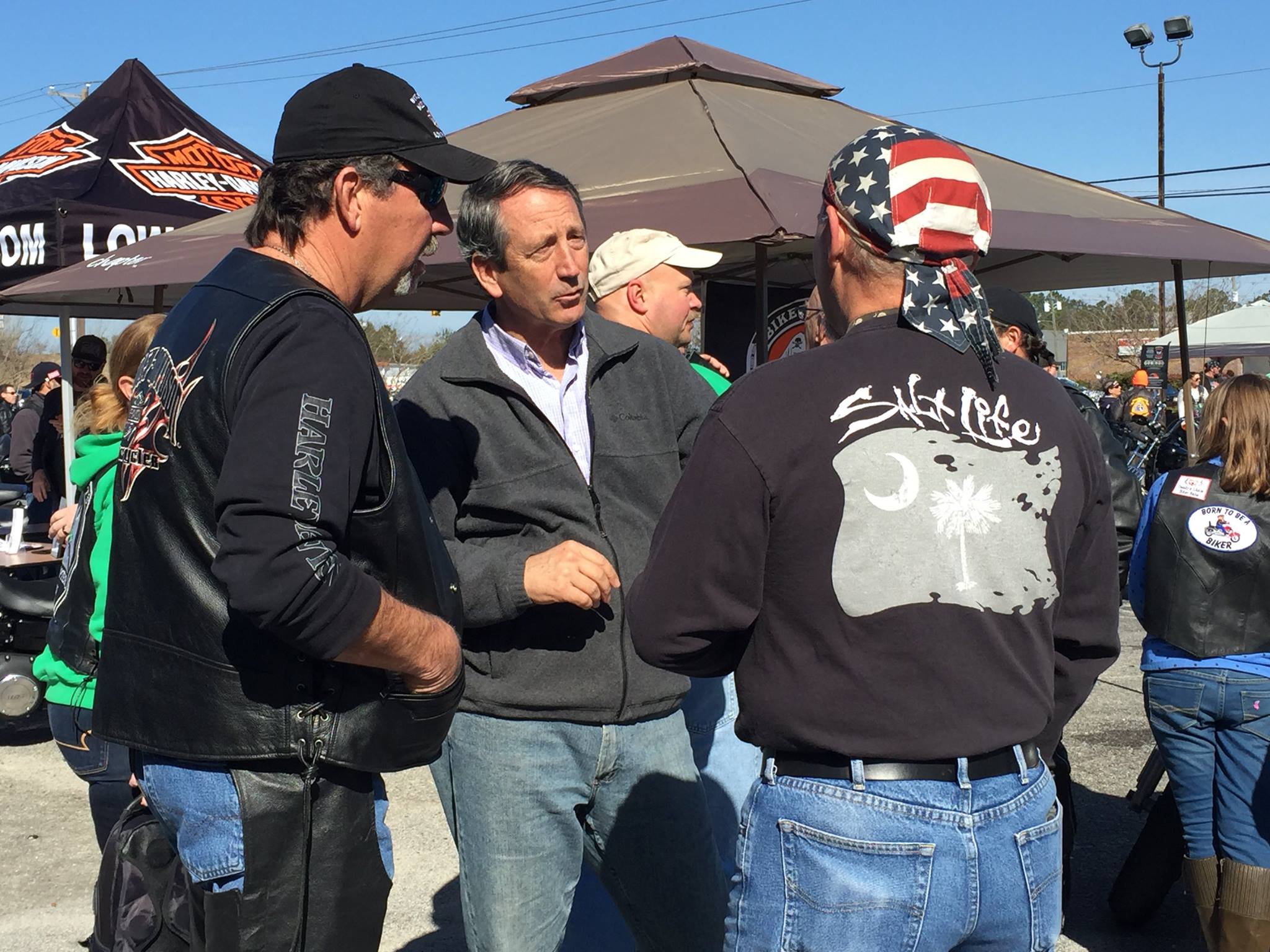 Remember when Mark Sanford was a principled fiscal conservative?  Neither do we …

Seriously: It’s been that long.

Anyway, the guy who spent (and later returned) your tax money on a jaunt to South America to bang his Latin mistress – who is currently subject of an ongoing child abuse investigation – has had quite the ideological reorientation in recent years.  Once a reliable vote in defense of freedom and free markets, Sanford has shape-shifted into an establishment Republican since returning to politics in 2013.  In fact we’ve been chronicling his descent extensively (here, here and here).

Now Sanford – who was part of the #NeverTrump movement against president-elect Donald Trump – is cozying up to one of Washington, D.C.’s most left-leaning GOP leaders.

According to an invitation obtained by FITS, Sanford will welcome liberal California Republican lawmaker Kevin McCarthy to downtown Charleston, S.C. this week. 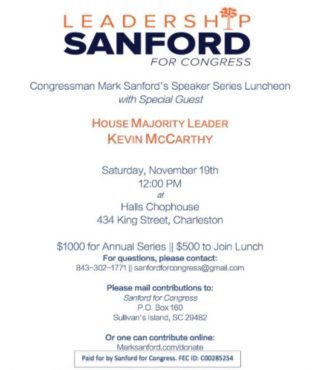 Remember McCarthy?  He was the right-hand man of former U.S. Speaker John Boehner, the guy who was supposed to replace Boehner as Speaker last fall until something (we’re still not sure what) happened.

Beyond his consistent anti-taxpayer votes and perpetual accommodation of the administration of Barack Obama, McCarthy is also the guy who came to Hillary Clinton‘s defense when the U.S. House began investigating her role in the federal government’s botched response to a 2012 terrorist attack in Benghazi, Libya.

McCarthy is precisely the kind of Republican that Sanford would have railed against during his first stint in the U.S. Congress from 1995-2001.  Now Sanford is using the guy to rake in special interest money.

Sanford’s sellouts could be catching up with him.  He dramatically underperformed expectations in his last primary reelection fight, and beyond the child abuse allegations he is also staring down a potentially major campaign finance scandal associated with his recent primary “victory.”

Hopefully first district voters will realize soon what a mistake they made sending this guy back to Congress.  We certainly regret ever supporting him – and will never make the mistake of supporting him ever again.