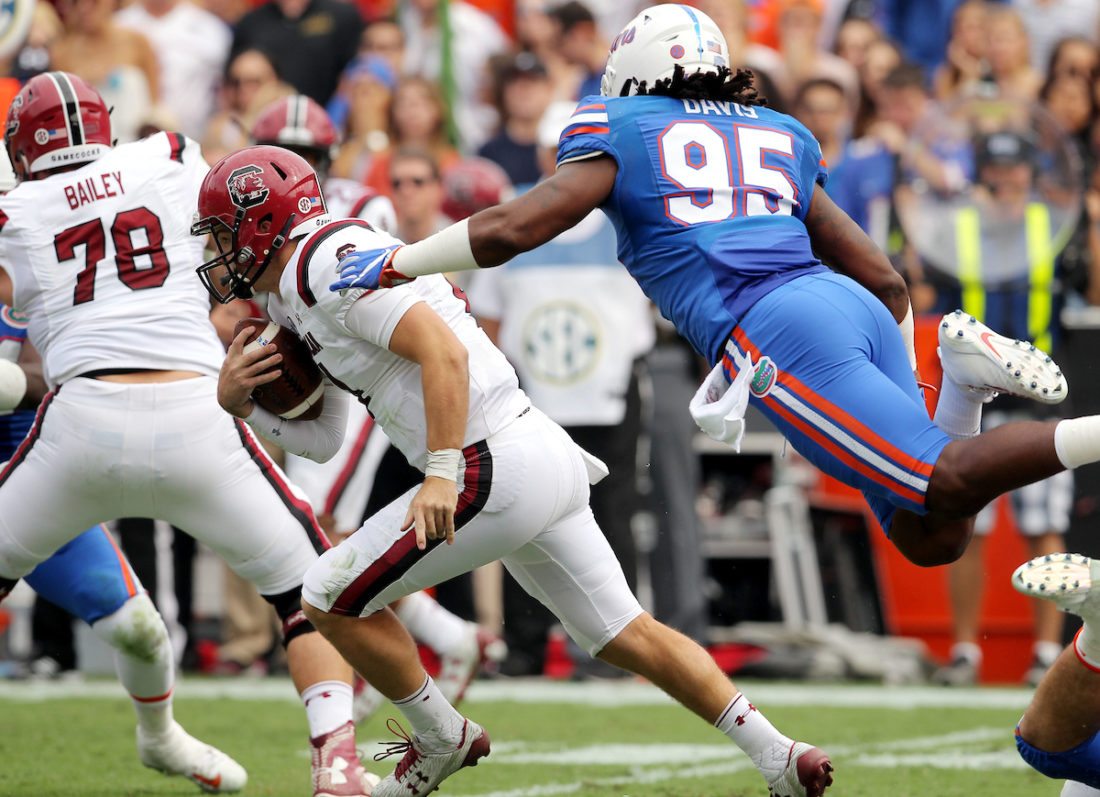 The University of South Carolina’s resurgent football season came crashing back to reality on Saturday – while its revitalized offense got completely bogged down in “The Swamp.”

The result?  The Gamecocks’ three-game winning streak was snapped – and true freshman quarterback Jake Bentley tasted defeat for the first time ever as a starting collegiate signal-caller.

Meanwhile South Carolina head coach Will Muschamp‘s return to Gainesville, Florida – where he coached from 2010-14 – was spoiled.

The loss dropped Muschamp to 20-20 against SEC opponents over the course of his career.

South Carolina’s 20-7 defeat at the hands of the Florida Gators was ugly.  No matter how you look at it.

The Gamecocks (5-5, 3-5 SEC) gained just 256 yards on offense – and were completely shut down in the running game.

True freshman Rico Dowdle – coming off back-to-back 100-yard rushing games against SEC opponents – was completely bottled up prior to leaving the game in the third quarter with a leg injury.  Dowdle carried the ball only nine times for eighteen yards.

By contrast, the bruising tailback got twenty-seven carries in each of South Carolina’s previous two conference wins – helping ease the pressure on Bentley.

With the game squarely on his shoulders this time, Bentley couldn’t deliver – even against a Gator defense decimated by injuries.  The eighteen-year-old completed 18 of 33 throws for 213 yards – but was hurried and harried all afternoon.  He also threw his first interception of the year – and fumbled on South Carolina’s only promising drive of the first half. 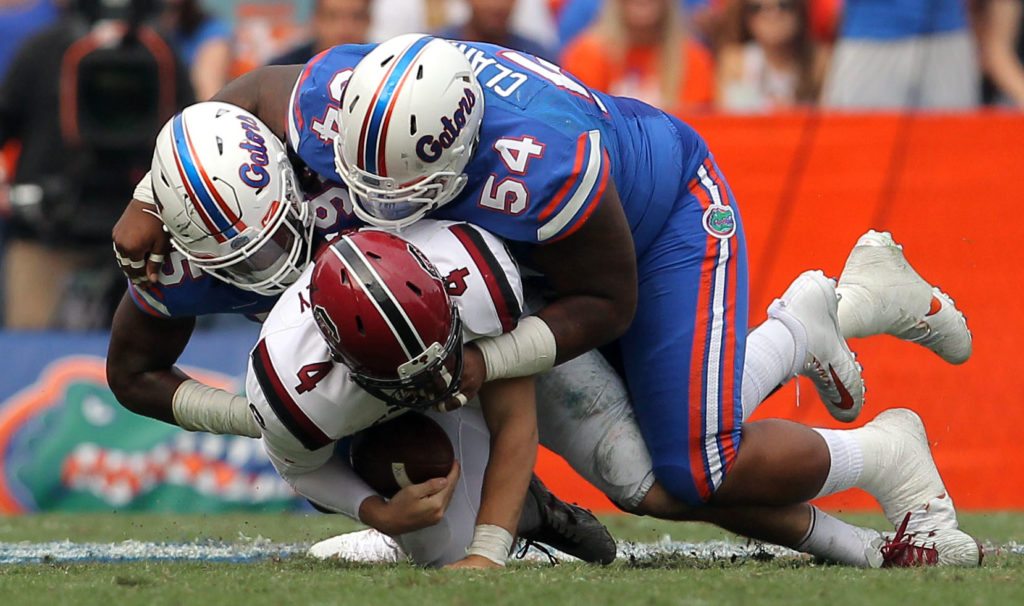 Even when he put the ball on the mark – including a critical third-and-eight play late in the first half – his receivers did not help him out.

True freshman Bryan Edwards dropped a perfectly-thrown ball on a slant route in that situation, while tight end Hayden Hurst had another inopportune drop earlier in the game that stalled another drive. 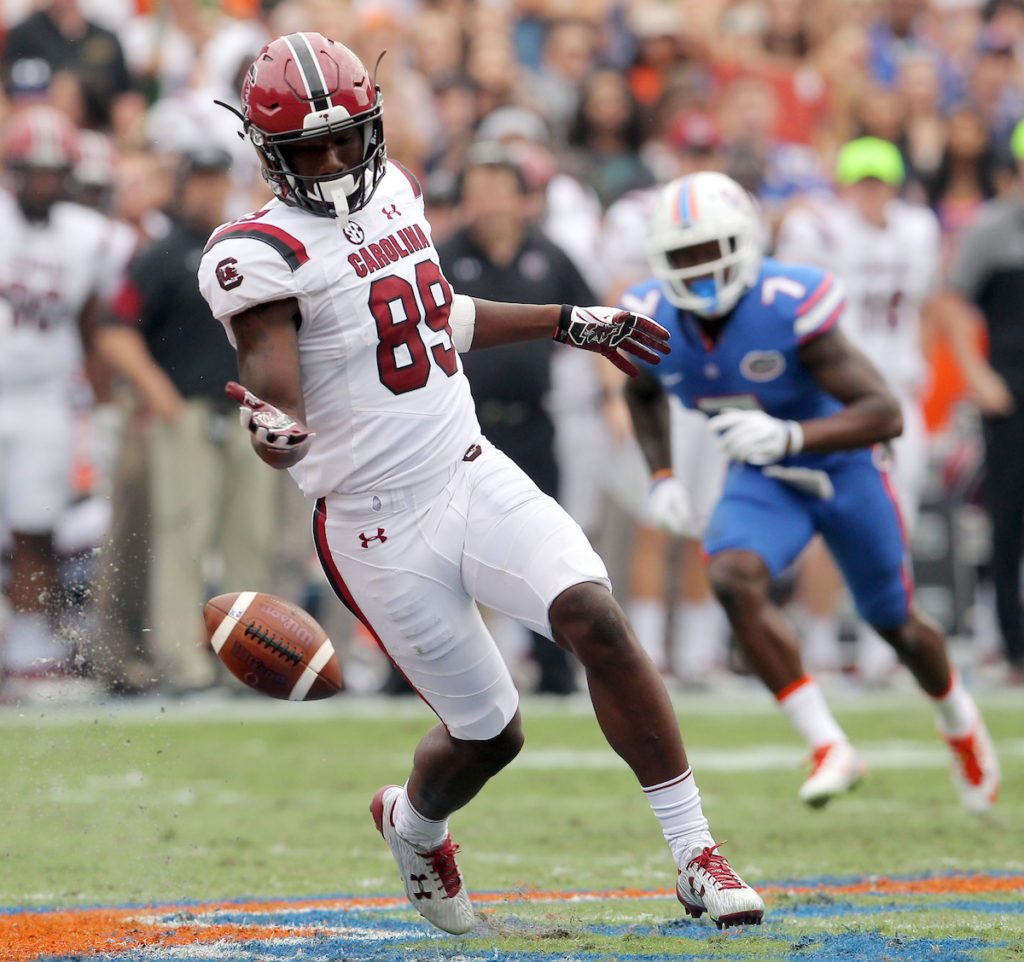 On the other side of the ball, South Carolina’s defense was gashed for 372 yards – but coordinator Travaris Robinson‘s unit kept Muschamp’s team in the game by forcing three turnovers.

Unfortunately the Gamecock offense couldn’t capitalize on any of those takeaways – enabling the Gators (7-2, 5-2 SEC) to easily rebound from an embarrassing road loss to Arkansas a week ago.

South Carolina returns home next week to face FCS opponent Western Carolina.  The following week they will travel to Death Valley in Clemson, S.C. to take on their arch rivals, the No. 2-ranked Clemson Tigers.

After winning five in a row against Clemson from 2009-2013, South Carolina has lost two in a row to head coach Dabo Swinney‘s team – which has become one of the nation’s winningest programs over the last six years.

Clemson Down, Not Out