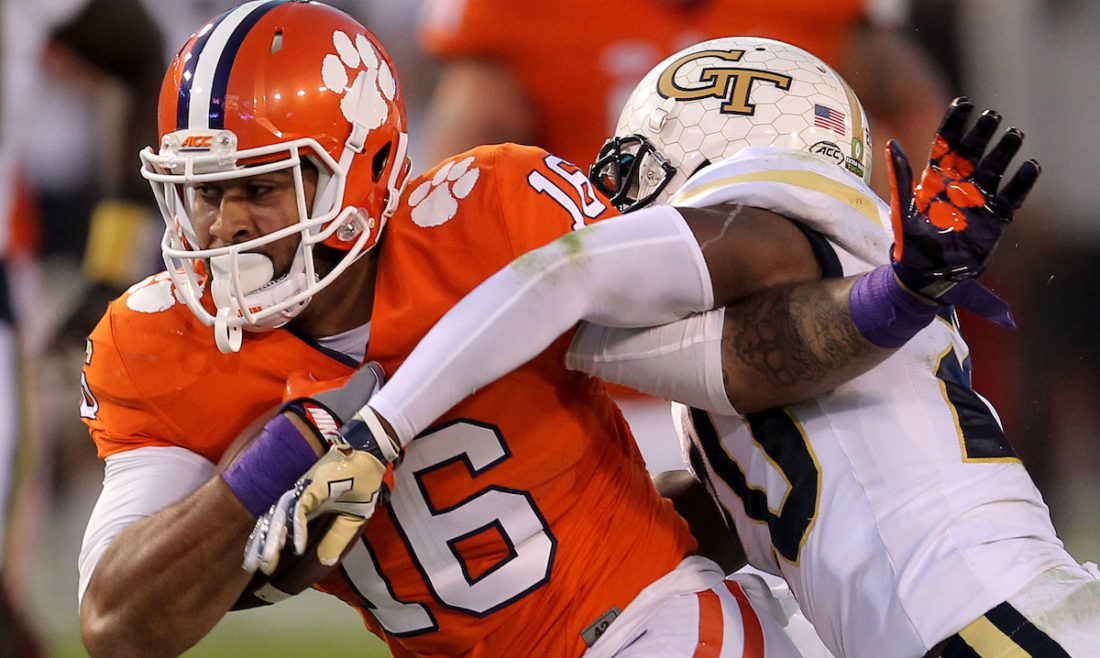 THIS IS WHAT THE TERM REALLY MEANS …

A proposed “Clemsoning Challenge” would be to stop flirting with this term – using it as click bait  – and actually write an article that justifies its use.  Write about nothing other than “Clemsoning,” find out who coined it, and justify both the creation and use of the term. I’ll give you a head start for the counterpoint:

Given that the Tigers weren’t ranked hardly ever after Danny Ford, let’s go with Tommy Bowden’s second season in 2000 and the emergence of Woody Dantzler.  Since the term “Clemsoning” was coined after the Orange Bowl game against West Virginia – though they were ranked – let’s consider that to be the end of our sample size: seasons 2000 through 2011.

Since then, Clemson hasn’t lost to an unranked team.

So you now have eight teams to choose from that are either matching or exceeding Clemson’s pace since the last time they lost to an unranked opponent.

From 2000-2011, Clemson only lost four times when they were ranked No. 10 or better.  From 2011-2015, four teams – Stanford, UCLA, Southern Cal and Oregon – have lost three times in that situation. LSU has lost twice and eleven other teams have lost once.

So you now have five teams to choose from that are exceeding Clemson’s pace with the Pac-12 being ripe for implosions and, depending on how you want to view the back-to-back travel losses in 2011, another eleven teams that are culpable.

Before you cite conference strength or the amount of weeks spent in the rankings, remember – the Associated Press creates the sample space with setting the rankings which creates the perceived upset.  If Clemson showed up for one week as ranked, and was beat – I counted it.

Even so, you click bait “Clemsoning” with the program at 7-0 following a lucky win at home against an opponent that came into the game ranked ninth in the nation against FBS opponents in giving up only 4.4 yards per play? After an almost ridiculous stretch of scheduling for the three prior games?

I guess I just don’t understand.  They’re going to lose to an unranked opponent eventually.  But … I am alumni. So I might be delusional.

Wow.  Impressive.  You know it’s funny, we ran a headline “RIP Clemsoning” after the Tigers’ big victory over Notre Dame last year.  Maybe we should have kept the term in our back pocket, huh?  Anyway, thank you for the excellent, fact-based analysis.  Appreciate the perspective!