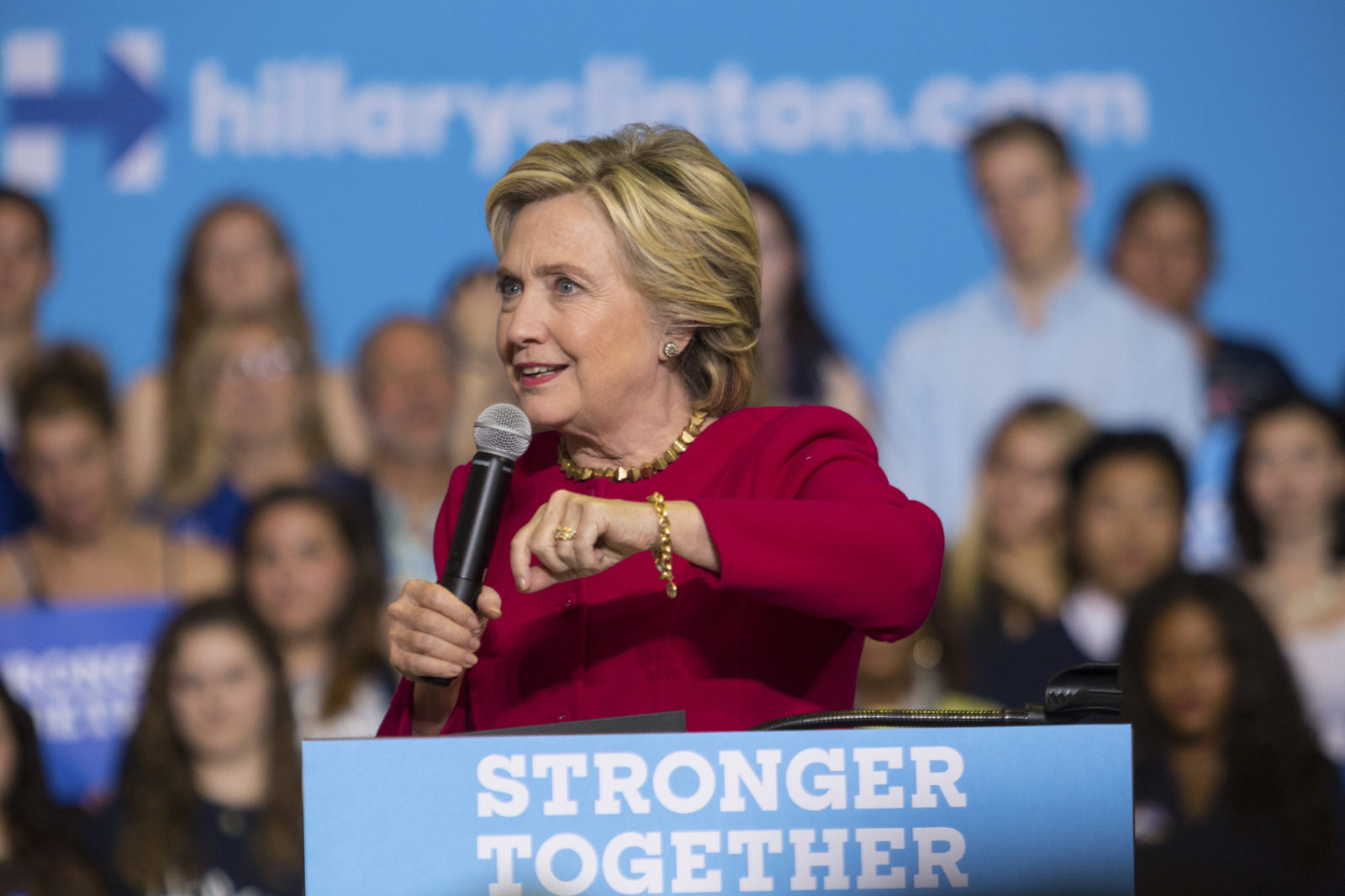 If the polls are accurate, Democratic presidential nominee Hillary Clinton – arguably the most corrupt American politician since Richard Nixon – will end the day as president-elect of the United States of America.

As of election morning, Clinton was projected to win 48.5 percent of the nation’s popular vote – compared to 45 percent for GOP presidential nominee Donald Trump and 4.9 percent for Libertarian nominee Gary Johnson.

Over at RealClearPolitics, Clinton begins Election Day with 203 electoral votes in the bank compared to Trump’s 164.  Fourteen states – and 171 electoral votes – are considered to be “toss-ups.”

Here are the final polling snapshots for each of these “swing states.”

Assuming those polling numbers hold, Clinton would win the electoral vote by an incredibly narrow 272-266 margin (assuming there are no “faithless electors“). Again, though, this assumes mainstream polling is accurate (which in this election is a very risky bet).

In the even the polls are understating Trump’s support (like they understated support for the populist “Brexit” vote in the United Kingdom), then we could be looking at a vastly different outcome.

Our prediction?  The race goes down to the wire … which is amazing when you consider Trump has not only been fighting the Democratic establishment, but also his own party’s leaders, the media and the administration of Barack Obama.

The entire system aligned against Trump this year … and yet he’s still positioned to do far better than Mitt Romney in 2012 (206 electoral votes) or John McCain in 2008 (173 electoral votes).