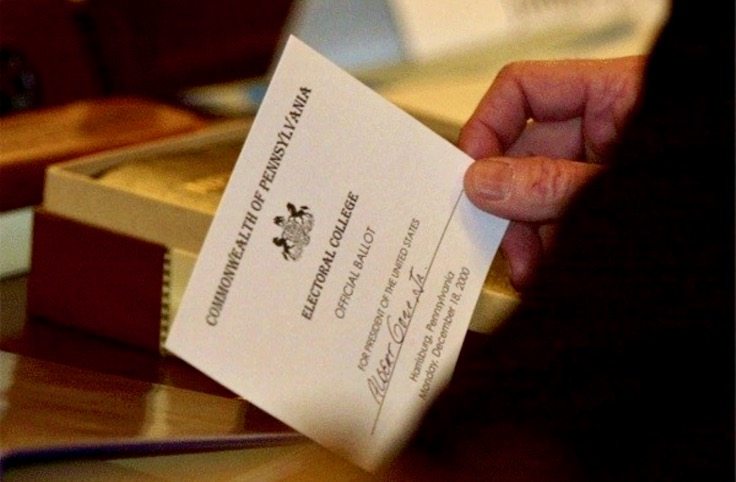 HE’S GOT A VOTE IN THE ELECTORAL COLLEGE, TOO …

Your vote will count – but it may not matter.  Depending on where you live, though, there’s a chance the ballot you cast for president and vice president in 2016 could be important in determining the next leader of what used to be the “free world.”

And unlike the vast majority of Americans, he is free to write-in whomever he chooses to the White House.

One problem, though.  According to Satiacum, an environmental activist and Indian Rights advocate, Clinton is a “clown, a “rat” and a “criminal.”  And according to an interview he gave to Politico, he may not vote for her – which could conceivably drop Clinton’s electoral vote haul in Washington State down from twelve to eleven.

Would that matter?  If you believe the purchased presidential polls, no … it won’t.

But the deep dissatisfaction that exists with both Clinton and GOP presidential nominee Donald Trump has raised the specter of “faithless electors,” or Electoral College voters who defy the will of the people of their state.

Remember, it doesn’t matter who receives the most popular votes in an election for president (ask Al Gore).  What matters is who wins which states.

Technically, the presidency is decided by 538 people – electors who cast ballots based on these state-by-state outcomes in the Electoral College.  In fact if you want to narrow it even further, the race really boils down to 120 or so electors in “swing states.”

If Satiacum follows through on his threat to vote against Clinton, he would be fined $1,000.  However he told Politico “that’s not even a factor” in his decision.

No “Mickey Mouse For President” In SC