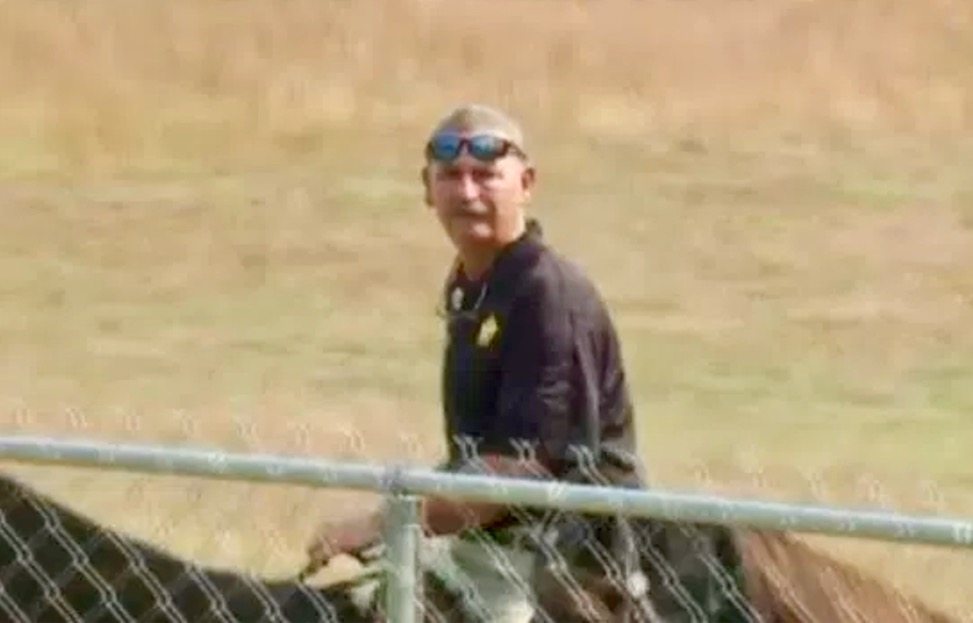 DUDE, GET OFF YOUR HIGH HORSE …

South Carolina made national news this week when Spartanburg County deputies located a woman who had been missing since August.

Thirty-year-old Kala Brown was found chained by the neck inside a metal container on a sprawling 95-acre piece of property owned by Moore, S.C. real estate agent Todd Kohlhepp.

Kohlhepp, 45, has been charged with kidnapping in connection with Brown’s disappearance.  Additional charges are likely after Brown told police she saw Kohlhepp murder her boyfriend, 32-year-old Charlie Carver.  At least one body has been discovered on Kohlhepp’s property, and Upstate prosecutors believe there may be other bodies there as well.

Eagerly updating the media on the latest developments in this case?  Spartanburg County sheriff Chuck Wright – who has staring down a myriad of scandals lately.

Wright arrived at the scene of the crime on horseback – striking a Lone Ranger pose for the cameras.  He also reportedly initiated the search of the property with a prayer.

Not surprisingly the gullible, God-fearing folk of the South Carolina Upstate ate it up.

“Thanks to God and Chuck Wright and the entire Sheriff’s Office for finding and saving the life of Kala Brown,” one Upstate resident gushed on Wright’s Facebook page.

“I was watching the news tonight of his interview and when he arrived he had prayer with the officers,” another noted.  “I love that we have a Godly man that’s not ashamed of his faith.  Sheriff Wright will always have my vote.”

Seriously, though. While we commend Spartanburg County for its police work in locating this woman, Wright’s Wyatt Earp-style politicization of the rescue was disappointing.

We wonder … was the blue Ford Raptor seized by Wright during a highly-suspicious gambling sting unavailable?