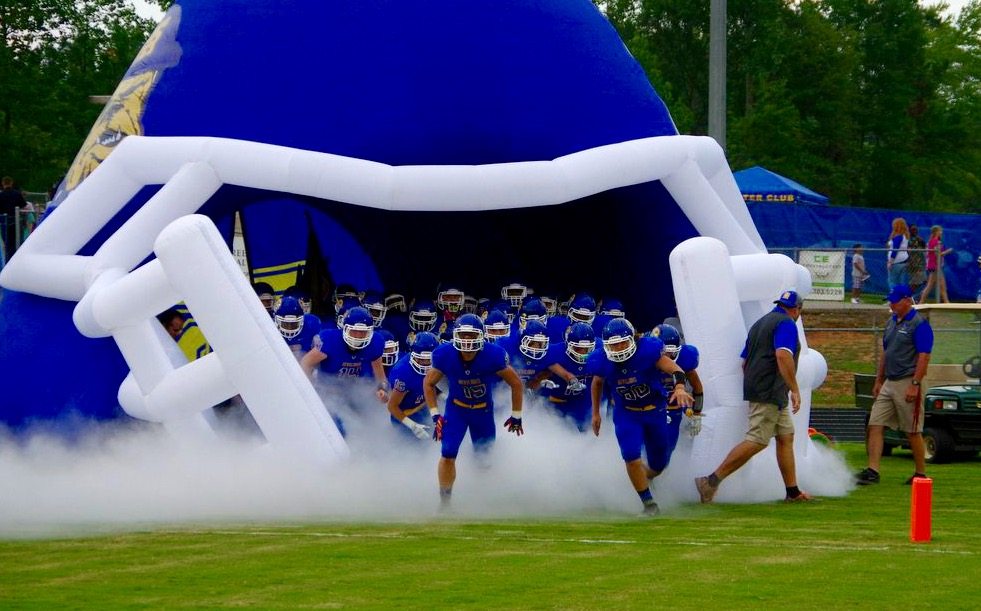 The 2016 football season has barely begun and it’s already on the verge of being overrun by political correctness.  First there was San Francisco 49ers backup quarterback Colin Kaepernick refusing to stand for America’s national anthem as part of a #BlackLivesMatter protest.

Kaepernick was well within his rights, obviously … we just think he’s an idiot.

A far more disturbing example of political correctness?  Last week’s decision by Travelers Rest (S.C.) High School principal Lou Lavely to ban the American flag at his school’s season opening football game against Berea (S.C.) High School because it was being used in a “taunting” manner that led to “confrontations” which compromised the safety of the public.

Lavely’s decision (a sop to an “offended” minority) was backed by the Greenville County School District (GCSD), which issued a statement saying it “encourages and supports the appropriate display of the United States Flag,” but does not “condone the use of the Flag to shield unsportsmanlike or inappropriate conduct.”

No offense … but when did the authority to regulate the display of the American flag on U.S. soil fall under the purview of this particular local school district?

According to Lavely, “any decisions made regarding American flags being permitted into the game were made in the best interests of all attending the game and in the spirit of patriotism and respect for our flag.”

This school banned the American flag out of respect for it?  In the spirit of patriotism?

Forgive us for not following that logic …

According to The Greenville News, the decision to ban the flag from Friday night’s game was made because “it might offend Berea’s large Hispanic community.”

We’re curious: When did South Carolina get annexed by Mexico?  Was there a war we missed?  Or did Barack Obama just hand the Palmetto State over to Mexico by executive order?

Obviously we have no problem with people bashing America … or burning, ripping, shredding, spitting on or otherwise desecrating its flag.  That’s free speech, whether you like it or not.

We hope Greenville’s schools are slapped with the mother of all First Amendment lawsuits.  Such repression of free speech is inherently anti-American and anti-liberty – no matter what the stated rationale.

This might be the craziest thing I've ever heard. https://t.co/Hk87oK35nK

Crazy and wrong. Thanks @fitsnews https://t.co/cdt4p36qtG

WTH is going on in Travelers Rest? https://t.co/MMvjDfD0li