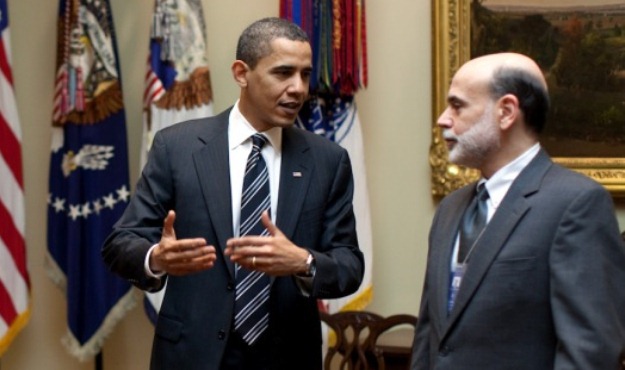 BILLIONAIRE WARNS OF ROUGH DAYS AHEAD FOR THE REST OF US …

|| By FITSNEWS || So former Federal Reserve chairman Ben Bernanke – who oversaw the greatest redistribution of wealth in human history under presidents George W. Bush and Barack Obama – is now on Twitter.  And blogging.  And explaining how he printed all those trillions of dollars out of thin air because he was “worried about seniors.”

Guess he’s referring to seniors like 91-year-old billionaire Charlie Munger – longtime right-hand man to fellow billionaire (and senior) Warren Buffett.  Because last time we checked the architects of all that money printing have already come clean – referring to it as “the greatest backdoor Wall Street bailout of all time.”

Anyway, according to Munger, Bernanke’s money printing (a.k.a. “quantitative easing”) is about to make things a lot more difficult for those of us on the hook for it.

“We should all be prepared for adjusting to a world that is harder,” Munger said last week, according to Bloomberg.  “You can count on the purchasing power of money to go down over time.  And you can almost count that you’ll have more trouble in the next 50 years than the last.”

Fun times … and hardly the “rainbows and unicorns” predictions we keeping hearing so much about from command economists and their media apologists.

“He’s spot-on and he’s not the only one saying this,” Newman said. “Things have not been very good since 2000. We’re already in that period he’s talking about. That’s why six years after a recovery from a recession it feels like a recession to a lot of people.”

“A lot of people.”  Which we’re guessing is Newman’s way of describing the 93 million working age Americans who are not currently part of the labor force …

At least their food stamps aren’t in danger …

More Proof Obamacare Sucked Up All Those “Gas Savings”