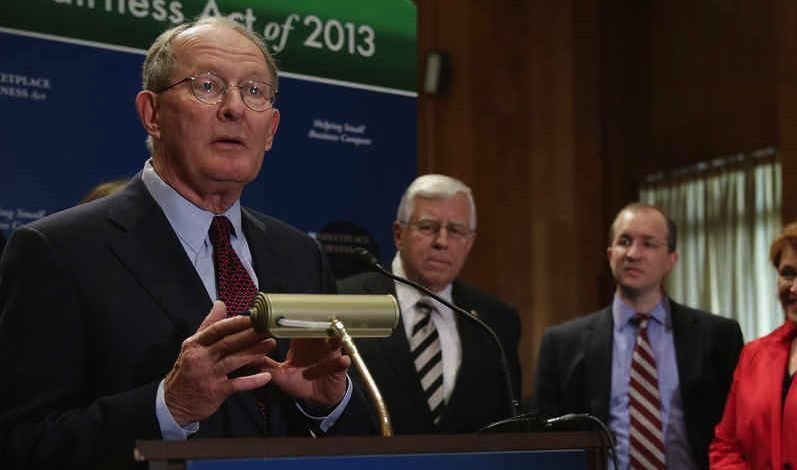 Last week this website ran a press release from Tennessee in which a group of Tea Party groups urged U.S. Sen. Lamar Alexander – a fiscally liberal “Republican in Name Only” – to retire rather than seek another six-year term.

Alexander responded this week with a column in The (Nashville) Tennessean. Not only is he rejecting their request, he portrayed those calling on him to step down as ideologues who don’t really care about solving the nation’s problems.

“?I learned to count in Maryville City Schools,” Alexander wrote. “So I know that if you only have 45 votes and you need 60 senators to get something important done like balancing the budget and fixing the debt, then you have to work with other people ? that is, IF you really care about solving the problem, IF you really want to get a result, instead of just making a speech.”

Alexander’s screed was praised by the liberal media – most notably Chris Cillizza of The Washington Post.

“That’s as good an explanation of the philosophy that animates the pragmatist wing of the Republican party as we have read,” Cillizza wrote. “It’s based on the belief that the goal of governing is to address – via legislation – the problems facing the country.”

Last time we checked these measures did nothing but add massive amounts of new government spending and new taxes, respectively … in exchange for a pittance of “cuts.” Yet to politicians like Alexander  – and U.S. Sen. Lindsey Graham – these “deals” (and countless other betrayals) deserve our praise.

“This ‘myth of consensus’ is yet another example of everything that’s wrong with this country,” we wrote recently. “For starters, it presumes that the end result of compromise – i.e. government doing something – is a good thing. Also, when political compromises involve dollars and cents, as they are wont to do, it typically means that Republicans have caved on their fiscal commitment to taxpayers.”

Alexander is no stranger to that. In fact he was the lead sponsor of a $23 billion internet sales tax hike which passed the U.S. Senate earlier this year.

And while he brags in his column about “standing up to President Obama at the White House health-care summit,” he has refused to join U.S. Sen. Mike Lee in committing to the defunding of Obamacare in the upcoming appropriations bill debate.

Politicians like Alexander are a joke. They run to the left to curry favor with liberal reporters like Cillizza – then lecture us fiscal conservatives about how they are the principled ones who truly care about our country (and we are nothing but mouth-foaming who apparently can’t count).

And this is just a suggestion, but perhaps if Alexander really cared about this county he’d stop bankrupting it.