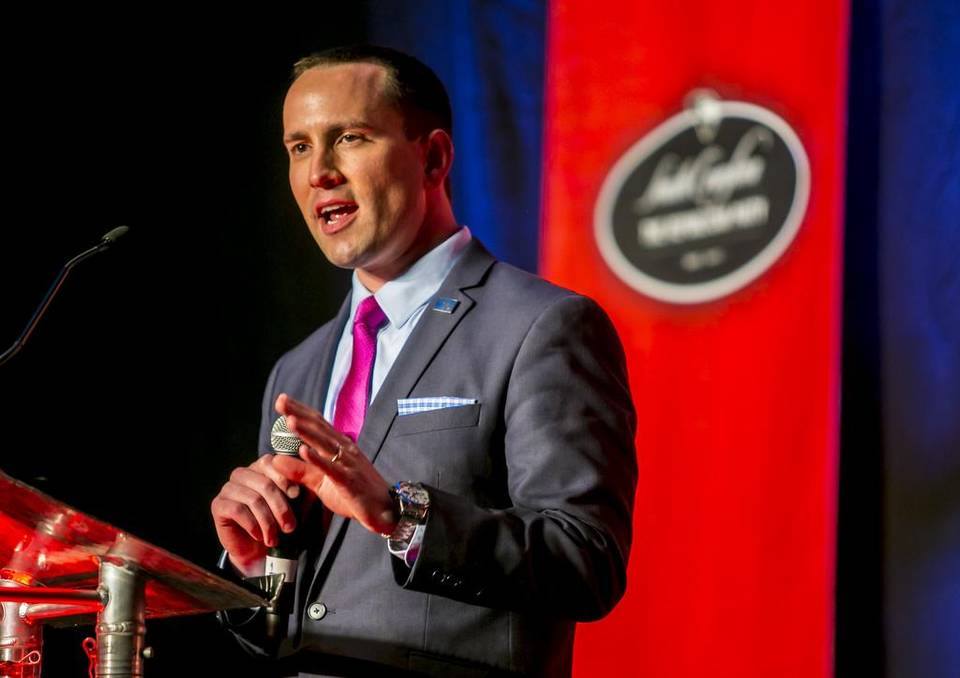 TARGET DRAWN ON THE BACK OF PALMETTO “REPUBLICAN” LEADER …

The political empire scheming to protect embattled S.C. attorney general Alan Wilson is threatening to “take out” the chairman of the South Carolina “Republican” party for perceived disloyalty.

What did SCGOP chairman Matt Moore do?   For starters, he refused to back Wilson’s ongoing efforts to shut down a criminal investigation into alleged public corruption at the S.C. State House – an investigation Wilson previously recused himself from due to undisclosed conflicts of interest.

Wilson’s angry, amateur hour efforts to justify his obstruction of the probe have been roundly rebuked in and out of the Palmetto political bubble.  Most view his actions as nothing but a desperate bid to derail the likely indictment of multiple sitting lawmakers who are reportedly affiliated with neo-Confederate political consultant Richard Quinn.

Moore?  He’s become a convenient target for Wilson and Quinn – who were hoping to turn the attorney general’s obstructionism into a partisan scrape against S.C. first circuit solicitor David Pascoe.

The plot against Moore would reportedly be hatched this May – at the state party’s annual convention.  And while its specific maneuvers have yet to be discussed, the ominous warnings are already floating around the South Carolina capital complex.

“Was told Moore is done as chair,” one well-connected political insider told us.  “They are going after him at the convention.”

Moore is still in the first year of his latest two-year term as party chairman – meaning any effort to unseat him would have to wait until next spring.  The Quinn forces could conceivably push a resolution of censure as a way to embarrass Moore – although we’re told convention delegates have been supportive of his decision to stay out of the Wilson debacle.

As we’ve stated repeatedly, we have no use for “Republicans.”  The party is dead, as far as we’re concerned.  As for Moore, we’ve expressed concern regarding his proximity to supporters of former establishment GOP frontrunner Marco Rubio.

But whatever we think of Moore – or his motivations for staying out of the Wilson scrape – he made the right decision not to get involved.

This is a matter that must be handled by the courts.  Or, assuming they fail, by the federal prosecutors reportedly overseeing the state investigation.