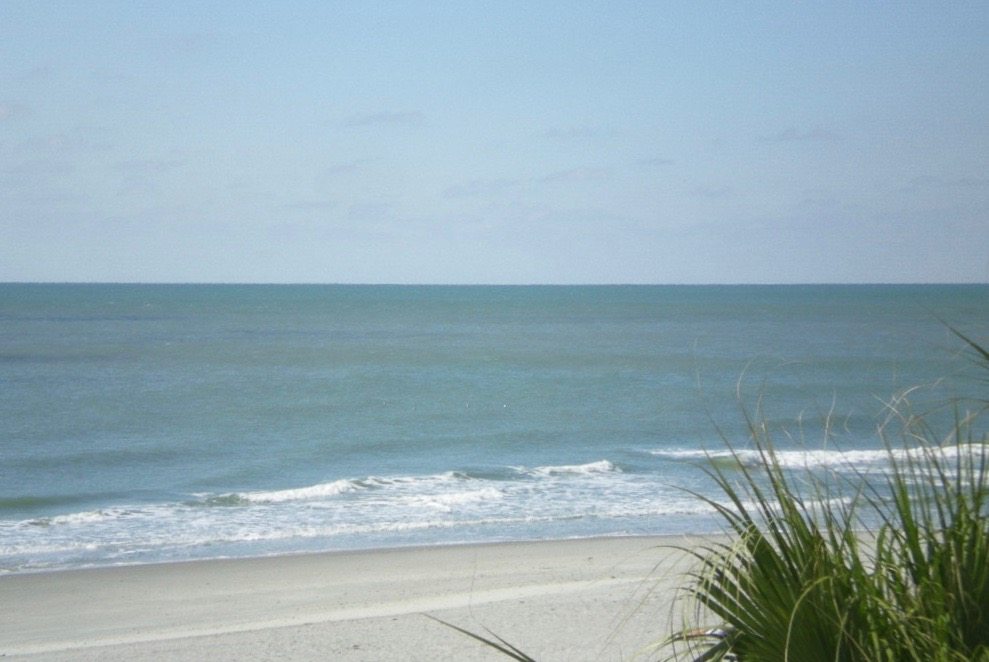 With recessionary fears already threatening to take a bite out of projected tourism revenues this year, officials in Myrtle Beach, S.C. are working overtime to dispel concerns regarding “dirty water” on the city’s beaches.

Rushing to the city’s rescue?  The local mainstream media … which ran a “news story” this week warning readers that a “viral blog post could hurt tourism.”

Not the dirty water?

According to WBTW TV 13 (CBS – Florence/ Myrtle Beach, S.C.), this “viral” coverage of the city’s water quality “has prompted some visitors to re-think their vacation plans.”

“For a visitor from Ohio or Pennsylvania who doesn’t understand the difference between a long term advisory and a no swim advisory, it can be easily confused,” Brad Dean, leader of the Myrtle Beach Area Chamber of Commerce (MBACC) told reporter Brennan McDavid.  “Sadly this kind of misinformation which was propelled on the internet can have an impact on our spring and summer travel if we aren’t proactively addressing it.”

And of course in South Carolina, “proactively addressing” means spending your tax dollars – even though it’s abundantly clear tourism marketing is not a core function of government.   The MBACC doesn’t even have to ask for the money – it flows directly into its coffers from taxpayers in the aftermath of the 2009 “Coastal Kickback,” which remains perhaps the most brazen pay-to-play campaign finance scandal we’ve ever seen.

According to the S.C. Department of Health and Environmental Control (SCDHEC), the city of Myrtle Beach began posting long-term swimming advisory signs at beaches in 2007.  Surfside Beach and Horry County began posting such signs in 2008.  A quick look at SCDHEC’s water quality website shows twenty-three beaches along the Grand Strand with swimming advisories currently in place.

SCDHEC will begin its monitoring for 2016 on May 1.

“We monitor the water quality at the beaches with long-term advisory signs, but we do not issue temporary advisories because signs are already posted,” an SCDHEC spokesperson told us.  “Although these beaches have long-term advisory signs, the majority of the water quality samples we collect at these beaches does not exceed the state standard for bacteria levels. If bacteria are found to be greater than the state standard, we issue a temporary advisory for that portion of the beach.”

SCDHEC said an advisory means the agency “advises individuals not to swim in the area 200 feet on either side of the sign.”

“Advisories do not mean that the beach is closed,” the spokesperson added. “Wading, fishing, and shell collecting do not pose a risk.”

Myrtle Beach recently spent $11 million on a new “Ocean Outfall” project – one subsidized by a fee increase on residents’ water bills.  The firm which got the project – DDC Engineers – features S.C. Department of Transportation (SCDOT) commission chairman Mike Wooten as its founding partner.

Critics contend this project isn’t helping the problem – even as tourism leaders like Dean are touting its benefits to water quality.

“This system does nothing more than pump storm water with higher concentrated bacteria levels farther out to sea,” local activist David Hucks wrote recently in an email to his supporters.

We’ll also continue to remind our readers that tourism marketing efforts should be subsidized exclusively by those businesses deriving an economic benefit from such expenditures – not by taxpayers.