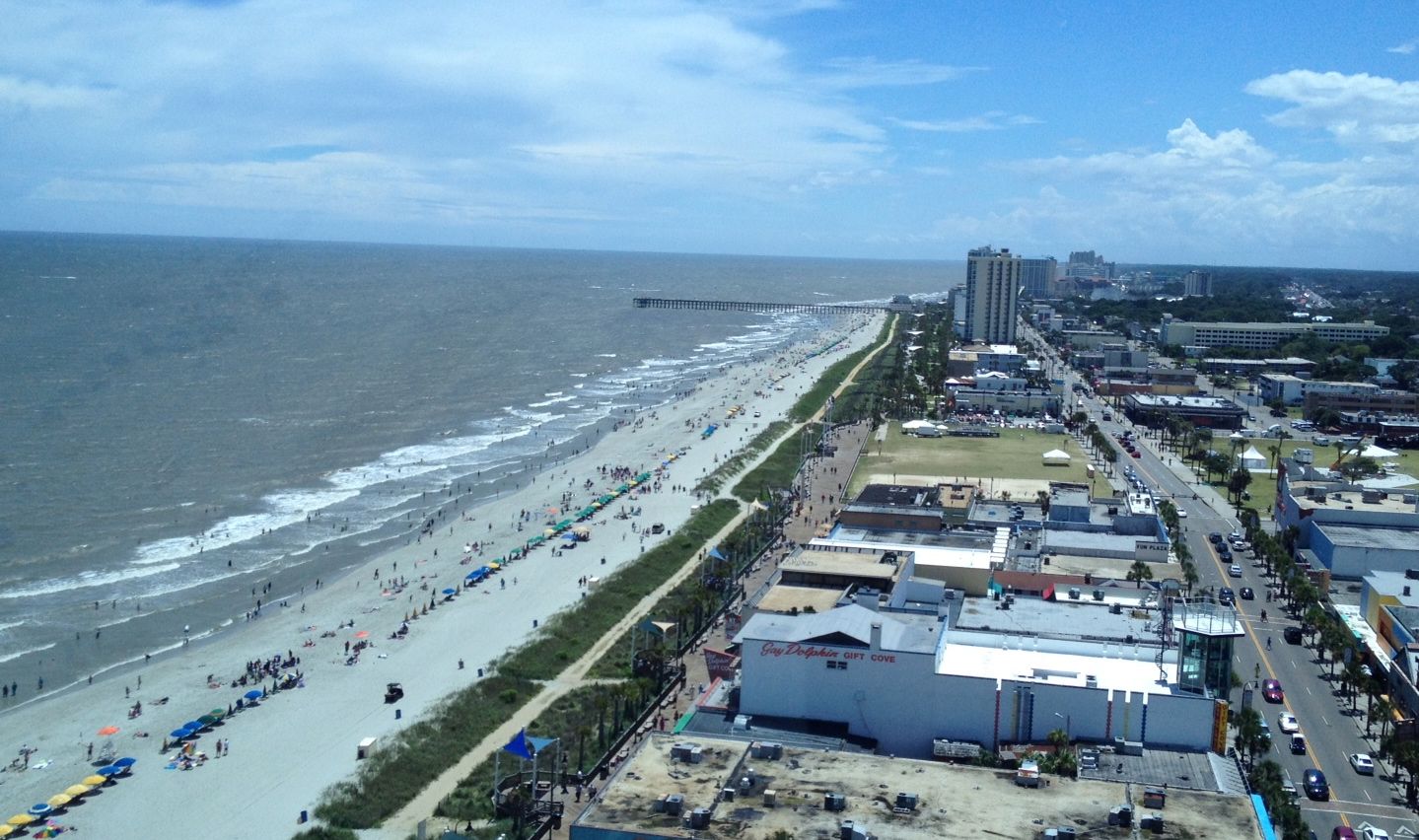 It takes a lot to surprise us, but a bit of news coming out of notoriously corrupt Horry County, S.C. this week has done the trick ….

According to reporter David Wren of The (Myrtle Beach, S.C.) Sun News, a three-year-old federal investigation into the infamous “Coastal Kickback” campaign finance scandal is still underway. In fact one of the Internal Revenue Service (IRS) agents conducting the probe reportedly contacted the newspaper seeking documents.

“This is the first time that a person directly involved in the investigation has confirmed its existence,” Wren notes.

What was the “Coastal Kickback?” A brazen pay-to-play scam in which hundreds of thousands of dollars in campaign cash was funneled through a fabricated network of corporations to select politicians in exchange for their support of a local tax hike. The entity accused of orchestrating the scam? The Myrtle Beach Area Chamber of Commerce – which controls the revenue from the tax hike (an estimated $20 million a year).

In addition to setting up its shadowy contributor network, the chamber has also been accused of steering proceeds from the tax hike to businesses that supported it – without any transparency or competitive bidding process.

Meanwhile current U.S. Rep. Tom Rice has also been linked to the scandal.

In the spring of 2010, the scandal appeared on the verge of being swept under the rug – but local activists kept making noise and blogs like FITS kept applying pressure. Eventually the local mainstream media picked up the scent – and the feds launched their investigation in June of 2010.

Of course for the better part of the last two years there has been very little news related to the probe – leading many to believe the story was dead.

This is good news. The “Coastal Kickback” is quite possibly the biggest campaign finance scandal in South Carolina history – and the individuals who perpetrated it (and profited from it) deserve to be held accountable for their actions.

WILL: It would not have been a surprise at all if you had not ignored your only reliable sources in Myrtle Beach. So once again, where you could have led on this, you are sucking a hind teat to David Wren.

/// “This is the first time that a person directly involved in the investigation has confirmed its existence,” Wren notes. ///

FACT: That same person, Agent Ellen Burrows, confirmed the existence of the investigation to persons known to me, every bit as credible as Wren, almost a month ago. Since you no longer even do me the courtesy of responding to my messages, it was rather difficult to get you in contact with them.

Boz, I commend you for your desire to expose the corruption in your neck of the woods.
But, you have given Will Folks credit for being far more than he ever was or has the capacity to be.
He is a political hack turned blogger. He is not and never has been a journalist, much less an excellent investigative journalist

I’ve been giving info to Wren for 4 years now. Other investigative reporters here as well. I don’t know everything about the case, and have not personally spoken to a fed agent in over a year and a half — but I’m in steady contact with around 7 people who have been interviewed, so I know what they’re looking for. I’m also in contact with 3 who Burrows has contacted recently.

Why don’t you just post that shit yourself? You can do it right here, in the comments.

I for one would appreciate some insight on why this taking so long, because the facts are pretty simple. It seems to me that if the Feds had any hope of making a bust, they would have done it by now.

Tell me I’m wrong and why.

Probes of this kind routinely take several years. That’s the simple explanation. This one has been slowed down by more than one person of interest passing away — and by the highly complicated nature of the whole scam. Plus new avenues to explore keep opening up, as they try to cover up, hide money, etc.

That’s it for right now. You’re right. I can tell it here. Will won’t keep this up for long, though and people will lose interest again.

so Boz is now a “reliable source”? Ha. I agree he is a creepy old guy stalker…but not a “reliable” source.

And you’re still a snarky dipshit who is obsessed with my fat old semi-white ass.

Greenville News picked the story up this morning as well. Must be a slow news day.

Bull! That crap might work- “Just some rich people (corporations) engaging in speech (political spending). Surely you don’t hate free speech!”, if it all wasn’t done illegally in 2009 BEFORE Citizens United. Additionally, South Atlantic Bank should have its doors shut for failing to report the surreptitious transaction (as required by Federal Law), when those bank checks were issued. That aspect of this case is a no brainer and if you’re willing to you can file a report yourself directly with the FDIC….

George Hearn is not worried one bit. As long as he produces the votes for Jean Toal to back stab Costa P, he thinks she “will do all she can” to prevent him from being involved in this mess. Some Folks believe the Feds are onto Queen Jean – finally – but they won’t do anything to her. The point is that she doesn’t have the influence there she thinks she has. As for state charges, yeah, she can probably still deep six those.