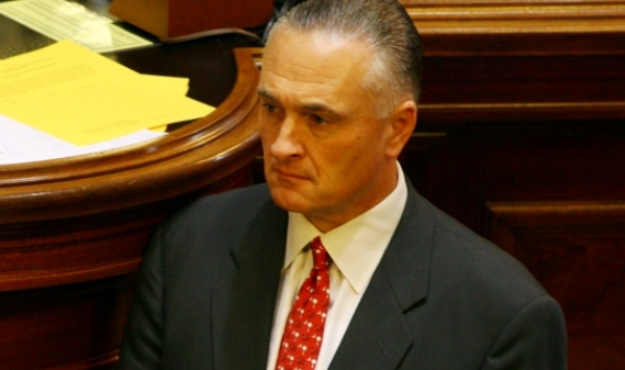 POWERFUL LAWMAKER TAKES US TO COURT …

|| By FITSNEWS || Former “Republican” majority leader Kenny Bingham made good on his threat and filed a lawsuit in Lexington County, S.C. this week against this website’s parent company and its founding editor, Will Folks.

Details of the lawsuit were not immediately available and Bingham, not surprisingly, did not respond to our request for a comment.

As we noted in our coverage of the forthcoming suit, Bingham is reportedly upset over this website’s coverage of an ethics complaint filed against him last year.

The complaint – filed by libertarian activist Colin Ross – accuses Bingham of using his position of influence to enrich himself and his company, American Engineering Consultants, Inc.  Specifically, the complaint delves into Bingham’s advocacy on behalf of a tax credit deal for Amazon – as well as contract Bingham’s firm has received from various municipal governments and the University of South Carolina.

Ironically, Bingham published an opinion piece on this website during the Amazon debate.  In fact FITS has repeatedly extended invitations to him to comment on various policy matters impacting state government.

One of those invitations was extended just three months ago …

We’re clearly out to get the guy, right?

Bingham is chairman of the S.C. House “Ethics” Committee – (one of two corrupt, self-policing legislative committees at the S.C. State House).

What do we mean by “self-policing?”  Easy: Lawmakers get to determine themselves whether they broke the law, an infinitely corrupt arrangement that (not surprisingly) leads to all sorts of cover-ups and whitewashes.

As we noted in our prior report, Bingham has retained prominent tort lawyer John E. Parker of Hampton, S.C. for the purpose of bringing the action.

Hampton, incidentally, has been repeatedly “honored” by the American Tort Reform Association (ATRA) as one of the United States’ most infamous “judicial hellholes” – a.k.a. homes to frivolous litigation.

Bingham is no fan of criticism.  In fact here’s a video clip of him responding to a citizen who dared to question him on a state retirement issue a few years back …

Bingham does have one fan, though.

According to blogger Charlie Speight, Bingham is going to mop the floor with our founding editor.

“Will Folks has exercised his particular brand of dumbassery to the limit and, standing there waiting for him is Kenny Bingham,” he wrote this week. ” Bingham can’t be intimidated and, clearly, he doesn’t fear anything Folks might print about him.  Will Folks is about to get the FITS stomped out of him.”