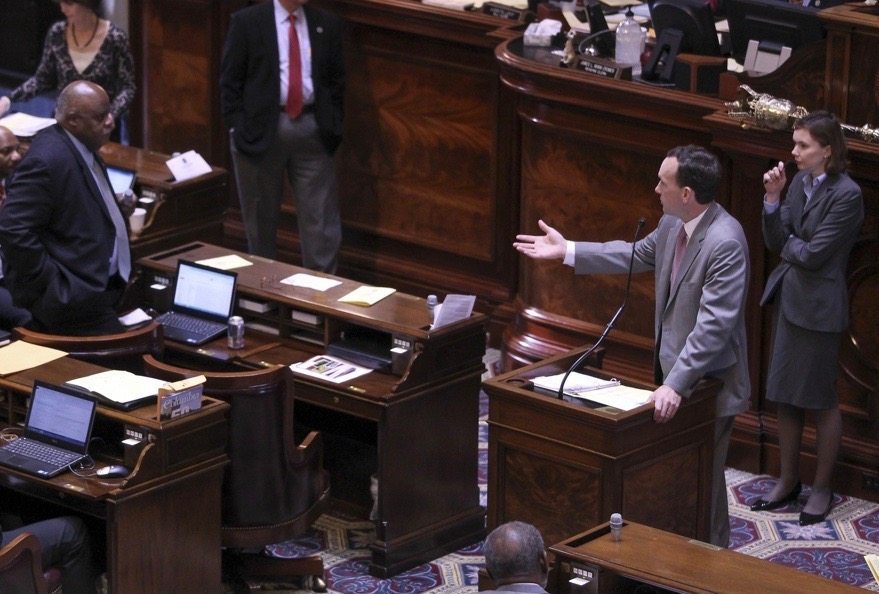 We did a big story this week on a little tax cut proposed by S.C. Rep. Bruce Bannister – the “majority” leader of the “Republican-controlled” S.C. House of Representatives.

Bannister is proposing devote $130 million out of an estimated $27.2 billion state budget to tax relief – or 0.47 percent of the total spending plan.

Unfortunately, fiscally liberal leaders of his chamber’s budget-writing panel – led by S.C. Rep. Brian White – are doing everything they can to torpedo the proposal, hoping to spend every penny of the $1.3 billion in new money available for the fiscal year that begins on July 1.

While Bannister’s proposal continues to attract “much ado” within the halls of power at the S.C. State House, its minuscule dimensions are being poked and prodded by lawmakers.

Specifically, there is confusion over whether the proposed tax cut represents one-time relief – or a recurring annual tax cut.

Obviously if the latter were the case, we would be more inclined to throw weight in support of the proposal – because it would represent a chunk of change returned to the people each year.

Each lawmaker we spoke with for our initial story described Bannister’s proposal as a one-time deal.  Which is why we referenced it as such in our coverage.

However, several lawmakers who obtained the budget spreadsheet containing the $130 million indicated it was a recurring expenditure.

“It’s being taken from recurring funds so presumably would be a recurring cut, not one time,” one of these lawmakers told us. 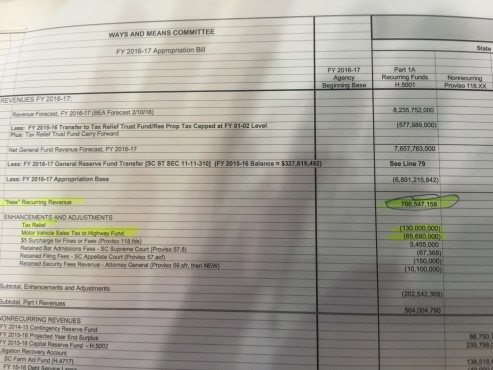 “Neither,” one ways and means committee member told us.  “(The) money is parked to work out details.”

Obviously a one-time 0.47 percent reduction in state spending isn’t a big deal.  But if Bannister’s modest tax cut were an annual thing – perhaps even the basis of the “taxpayer rebate fund” this website championed for years – well, that might be the start of something worth supporting more vocally.

Donna Hicks’ Ex-Husband Still Wants Her Out Of Office