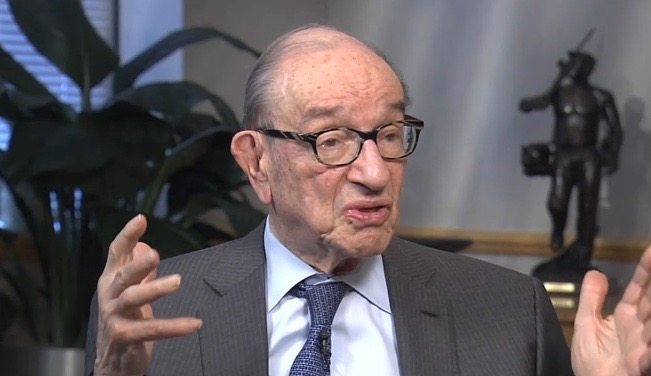 Former Federal Reserve chairman Alan Greenspan – who in late 2014 admitted that the federal government’s money-printing bonanza didn’t work – has some fresh observations on the status of the U.S. economy.

Not good ones, either.

“We’re in trouble basically because productivity is dead in the water,” Greenspan said in an interview with Bloomberg’s Tom Keene and Mike McKee. “Real capital investment is way below average.  Why?  Because business people are very uncertain about the future.”

As our friend Rick Manning with Americans for Limited Government (ALG) recently noted, even big government admits its economy stinks.

“The U.S. economy has just suffered through the worse ten-year period in terms of economic growth since the Great Depression,” Manning wrote.

Things don’t seem to be getting better, either.  Gross domestic product for the fourth quarter of 2015 expanded at a measly 0.7 percent clip – and the latest jobs data was weaker than expected.

Wages also remain suppressed … serving as a drag on growth.

We’ve been pessimistic on the economy for some time … not because we want to be a “perma-bear” website, but because we believe in going where the data takes us.  Also we’ve been to “rainbows and unicorns” fantasyland – and we’re sure as hell not buying what they’re selling.

If we’ve said it once, we’ve said it a thousand times: America’s economy can be rescued – but doing so will require radical reorientation of the governing philosophy in Washington, D.C.

Is that the sort of thing the “Republican” establishment in our nation’s capital is willing to commit to?  No … which is among the reasons the party is melting down before our very eyes.

Restaurant Recession Is Already “On”