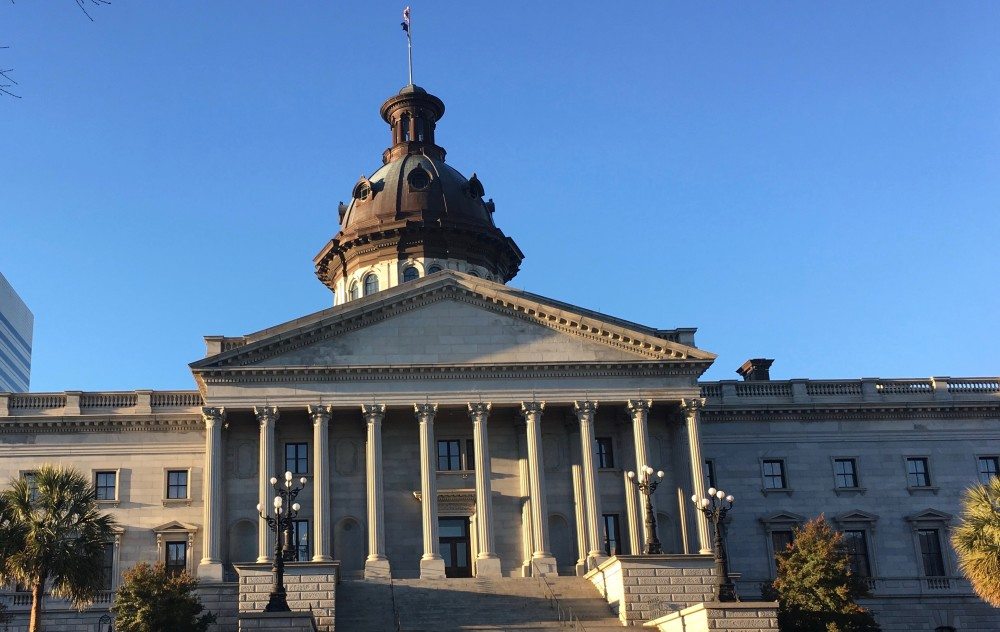 The State of South Carolina – whose “Republican” leadership has been growing the annual budget for state government by roughly $1 billion a year over the past six years – is poised to add another $1.3 billion in new spending this coming fiscal year.

This influx of new cash comes as these “conservatives” clamor for new tax hikes to raise even more revenue … and while their crony capitalist overlords issue fresh threats if they refuse to do so.

Is anyone suggesting so much as a dime of that money be returned to taxpayers?

In fact were it not for one State Senator’s courageous filibuster, a tax hike would have been rammed through last year.

Last week, though, the dynamics of the debate shifted ever so slightly.  S.C. Rep. Bruce Bannister of Greenville – the GOP “majority” leader in the S.C. House of Representatives – proposed a modest, one-time tax cut of $130 million last week, or roughly one-tenth of the new money that’s available to be spent in what is shaping up to be at least a $27.2 billion budget for FY 2016-17.

For those of you keeping score at home, Bannister’s proposed tax cut amounts to less than one half of one percent of the state’s total proposed spending plan – 0.47 percent, to be precise.

Is that real tax relief?  Of course not … but every penny we can keep from flowing into South Carolina’s sprawling government is a penny that stays in the marketplace, so we support Bannister’s efforts.

Who doesn’t support him?  Fiscally liberal S.C. House ways and means chairman Brian White – an ethically challenged “Republican” leader whose powerful committee gets the first crack at the state budget each year.

According to our sources, White and several of his top lieutenants on the ways and means committee have been overtly threatening Bannister and other lawmakers who have spoken up in support of his modest tax cut.

“The message has been clear,” one Upstate GOP lawmaker told us. “They’ve told us if we want the tax cut, they are taking the money out of our districts.”

In other words, anyone who backs Bannister is going to deprive their constituents of taxpayer-funded largesse (to the extent tax dollars ever really filter back in a meaningful way to the people who provide them).

How did tax cut supporters respond to these threats?

The reaction has been mixed, we’re told: Some GOP lawmakers immediately reconsidered their support for the tax cut after receiving the warning, while others apparently told White and his lieutenants to “go to hell.”

We’ve spoken with representatives of three different state agencies who told us members of the ways and means committee referred them to Bannister when they inquired about specific funding requests.

“It wasn’t implied, it was stated definitively,” one senior bureaucrat who works for a large state agency told us. “We were told to get him to drop his tax cut or else our projects weren’t going to get funded.”

A fourth agency also reportedly received threats, but one of its top executives pleaded ignorance when we reached out to them for comment.

All this over $130 million?  Less than half a percent of the budget?

We don’t usually have nice things to say about Bannister.  And let’s be clear: His proposed one-time cut is so marginal as to border on the inconsequential.  But the threats and cajoling taking place at the S.C. State House following him floating the notion of sending just a sliver of money back to the taxpayers is worth considering.

If our liberal “Republican” leaders react like this to a nothing burger tax cut … imagine the apoplexy that would ensue if someone at the State House were to really start pushing broad-based tax relief.