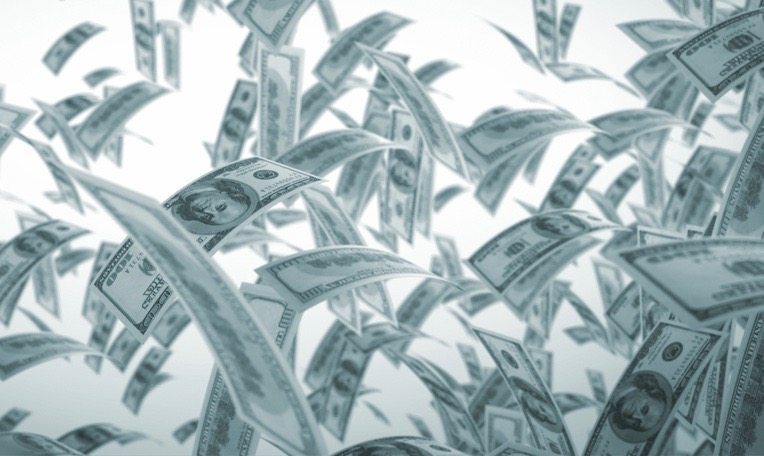 BUT TO WHAT END?

Over the next eleven days, South Carolina will be blanketed with all sorts of political propaganda as the “Republican” presidential circus comes to the Palmetto State.  The 2016 “First in the South” primary is officially upon us … perhaps for the last time (assuming U.S. Senator Marco Rubio and others get their way).

But while attention has been focused on early-voting Iowa and New Hampshire up to this point, several candidates (and the political action committees supporting their ambitions) have been dropping mad cash on the South Carolina airwaves.

What has this massive investment managed to produce?

Well, according to the latest aggregate polling data from RealClearPolitics, Bush is currently polling at ten percent in South Carolina – compared to 12.7 percent for Rubio.

Meanwhile U.S. Senator Ted Cruz of Texas – whose supporters have spent $5.7 million in the Palmetto State – is getting a far better return on investment, registering 19.7 percent support in the polls.  And frontrunner Donald Trump – who has spent $1 million in South Carolina – leads the field with 36 percent support.

It would be … except Bush and Rubio have been engaged in a fierce “Republican” undercard battle, meaning much of their spending (especially Right to Rise spending) has been devoted on attacking their establishment rival.

Nationally, Bush and the Right to Rise PAC have spent a whopping $76.7 million, while Rubio and his various supporting organizations have spent $48 million.  The runaway winner of that battle?  Rubio – who is currently polling at 17.8 percent nationally compared to Bush, who is at 4.3 percent.

And with Kasich doing better than expected in New Hampshire, he also may drop a few coins in SC on advertising.

I’m going to start recording everything so I can fast forward the ads.

HAH..!! bet you wish you could do that on Fitsnews so you could skip over some of the commentaters …..

You got that right.

Kasich’s a moderate – South Carolina isn’t going for a moderate. Don’t waste your vote on him. Unfortunately, the blue collar working class is infatuated with Trump. Since the blue collar types are not educated, they don’t understand that fiscal conservatism is imperative.

Good point, he has the experience as a good governor. He will not get to the right of trump.

The fact Trump is the only one in the race that was and is against the Iraq war might make him the most fiscally conservative one of the bunch.

It is starting to look like a bad year for the establishment lackeys . The voters are finally waking up to the facts. They want to make America great again.

I fully realize that you don’t have the actually political acumen or brain power to do real analysis. But the real question is – how much of that money has been spent tearing down particular candidates, how the vote is split among perceived lanes and then looking at the polling averages. I’d say Rubio is probably doing well considering those aspects.

Also, this Trump mandate is funny. I see it as about 65% or more of the GOP hates the fucker.

This is the only time that trickle down economics work. All the sign printers, ad producers and ground staff make some money.

I can’t imagine why Jeb thinks his detested, failed, drunk idiot brother George is “popular” here, unless bob mcAlisaloser told him so. Were we already too poor to lose anything in the Great Recession? Were we too stupid not to get that “fool me once” thing either? Do we have so many kids that are too uneducated to do anything but Army, that we don’t notice or miss the dead ones? Obviously, George wasn’t expecting any wounded or maimed ones coming back because his Congress unfunded VA medical care, thru the likes of lyin’ Joe Wilson. Granted, we were too far from Canada to get anything but fucked with Part D Medicare. Maybe It’s simply because we are, collectively, the stupidest State in the country that Jeb figures that we can’t tell one loser Bush from another…I know I have a bunch of old shoes around here somewhere…