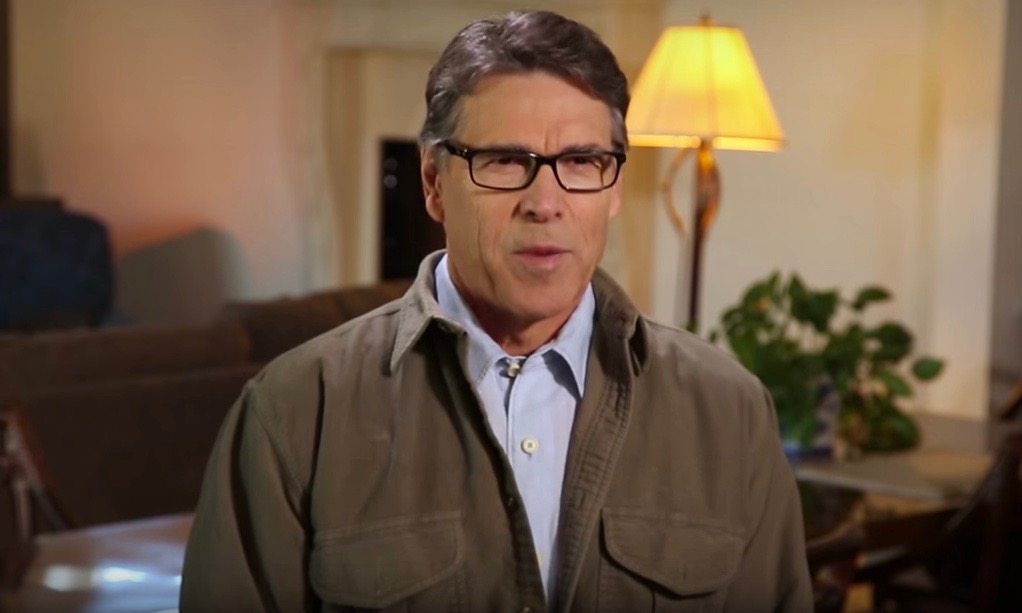 Perry – who abandoned his own 2016 presidential bid last September – said Cruz “has proven that he is ready to serve as Commander-in-Chief on day one.”

“He has also proven the willingness to take on the Washington Cartel and restore power and opportunity back to the people,” Perry said in his video endorsement.

Of interest?  Perry’s endorsement of Cruz highlighted the ex-Lone Star State leader’s “tough guy” stance on immigration – which is curious considering the extent to which Perry has attacked Donald Trump, the undisputed GOP leader on this very issue.

Last summer, Perry assailed Trump as a “cancer on conservatism” – prompting his already struggling campaign to completely implode.  After peaking at eight percent this election cycle, Perry was polling at less than one percent when he dropped out of the race, according to aggregate polling data from Real Clear Politics.

Our guess is this emphasis is intended to counterbalance the impact of Trump’s recent television advertisement – which blasted Cruz for being weak on immigration reform.

His 2012 bid – which achieved frontrunner status at one point – flamed out in spectacular fashion prior to the “First in the South” presidential primary.  He vowed to run a smarter campaign this go-round … but clearly didn’t.