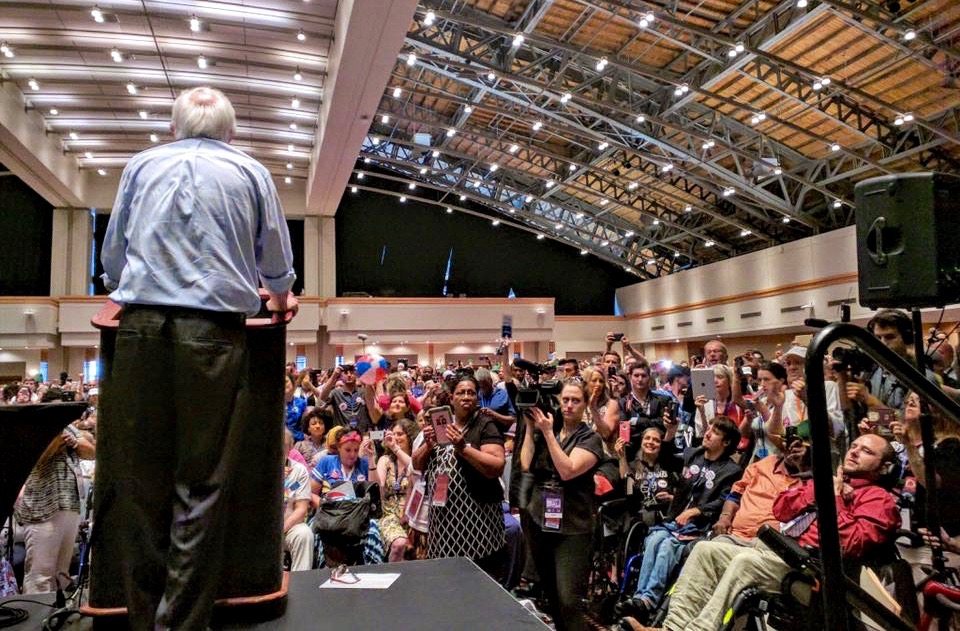 THINGS ARE GETTING BAD IN PHILADELPHIA

We’ve been writing for months about both major political parties and their “base problems.”  Originally, we believed both “Republicans” and Democrats would face similar issues with their core constituencies during the 2016 election – but it’s looking increasingly as though the Democrats are the ones with the real problem.

(Hell … Sanders probably would have won the nomination had Clinton not been getting all sorts of secret help from supposedly “impartial” party leaders).

Sanders – a “progressive” hero – took the stage in Philadelphia this week to address California Democratic delegates.

“We have got to defeat Donald Trump,” the far left populist said.

That remark received polite applause.  It was his next suggestion – “we have got to elect Hillary Clinton and Tim Kaine” – that didn’t go over so well, though.

We knew progressives were pissed about Clinton’s selection of Kaine as her running mate.  And we knew the #DNCLeaks scandal – which exposed the extent to which the Democratic establishment was helping Clinton (and harming Sanders) – had poured gasoline on the fire.

But booing Bernie himself?

How will the government-media-hollywood complex respond to this, we wonder?