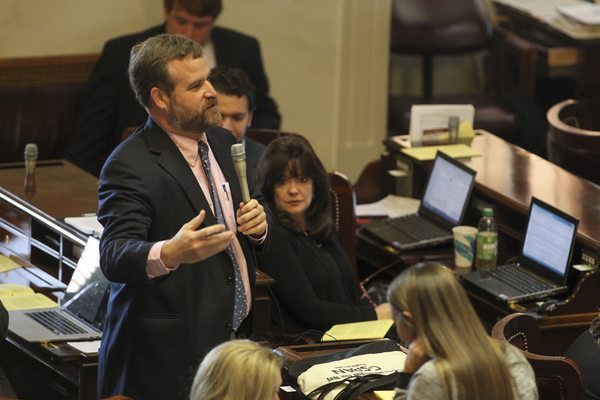 This website has written a lot of nice things about S.C. Rep. Kirkman Finlay. He’s been a substantive voice on ethics reform at the S.C. State House, and we’ve appreciated his willingness to adopt pro-taxpayer positions even though he represents a less-than-conservative district in the House of Representatives.

But Finlay disappointed us profoundly earlier this year by voting in favor of a gas tax hike – and his vote is likely going to haunt him if the rumors about his statewide political aspirations are true.

Assuming, of course, he doesn’t take advantage of something exceedingly rare in politics: A second chance.

This week’s news that state government has an additional $1.2 billion to spend in next year’s budget (on top of the $26 billion it’s spending in the current budget) is a huge opportunity for Finlay – and any member of the GOP caucus who voted to support a gas tax hike.

Well, it provides them with a chance to revisit the issue – reassessing their support for raising taxes in light of an overflowing cornucopia of cash.

“In light of this new money, it would be irresponsible to raise taxes,” they might say.

Never mind that the gas tax hike was irresponsible in the first place … or that the new influx of cash is a clarion call for tax cuts, not hikes.

Still … this is a second chance.  It’s an opportunity for lawmakers like Finlay to tell liberal legislative leaders like S.C. Speaker of the House Jay Lucas and Senate president Hugh Leatherman that they are drawing a line in the sand on taxes and spending.

This far … but no further.

More importantly, it’s a chance to tell the people sending all of that new money to Columbia that their sacrifices are no longer going to be wasted.

Will Finlay recognize this opportunity?  And if so, will he seize it?