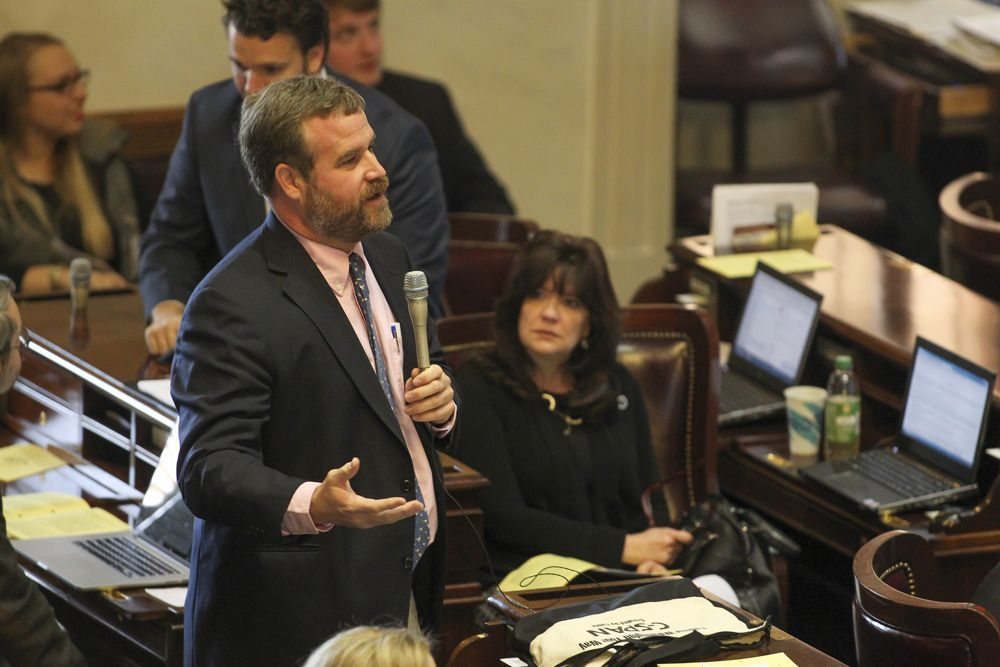 || By FITSNEWS ||  S.C. Rep. Kirkman Finlay is being touted as a possible candidate for governor of South Carolina in 2018.  In fact, a group of influential Midlands, S.C.-area business leaders are already urging the second-term lawmaker to start laying the groundwork for a possible statewide bid.

Several of these business leaders spoke with FITS following a fundraiser for Finlay in downtown Columbia, S.C. this week.

“He’s a conservative who keeps winning a swing district, a guy with substantive bills on hot button issues,” one told us.

“He can self-fund,” one said, referring to Finlay’s vast personal fortune.

After running unsuccessfully for mayor of Columbia, S.C. in 2010 (a vote a lot of people wish they had back), Finlay has won the competitive S.C. House District 75 in back-to-back elections – fending off well-funded challenges from liberal trial lawyer Joe McCulloch.

He’s proven he can take a punch, too, as McCulloch ran one of the nastiest races in recent memory last election cycle.

We asked Finlay at his fundraiser whether he knew some of his donors were pushing him in the statewide direction.

“Come on,” he said, dismissing the speculation. “Are you kidding me?”

Finlay’s drawbacks?  For whatever reason, some people simply do not like him …

“He’s abrasive,” a lobbyist attending another downtown Columbia, S.C. legislative reception told FITS this week.  “He is the anti-compassionate conservative.”

That’s true … however our sense is Finlay’s brusque demeanor would play well if it was consistently channeled into taxpayer advocacy.  Speaking of which, sources tell FITS Finlay is about to embark on a major effort to cut government spending as part of his role on a new S.C. House oversight committee.

We’ll be keeping an eye on his efforts there … as well as any moves he makes toward the statewide stage.

Who else may be eying a 2018 bid?  Obviously it’s early in the process, but former S.C. Department of Health and Environmental Control (SCDHEC) director Catherine Templeton‘s name is all over the place … as are the names of U.S. Rep. Mick Mulvaney and S.C. Senator Tom Davis.

And of course there’s the speculation surrounding former two-term governor Mark Sanford … who has $1 million sitting in a state account.