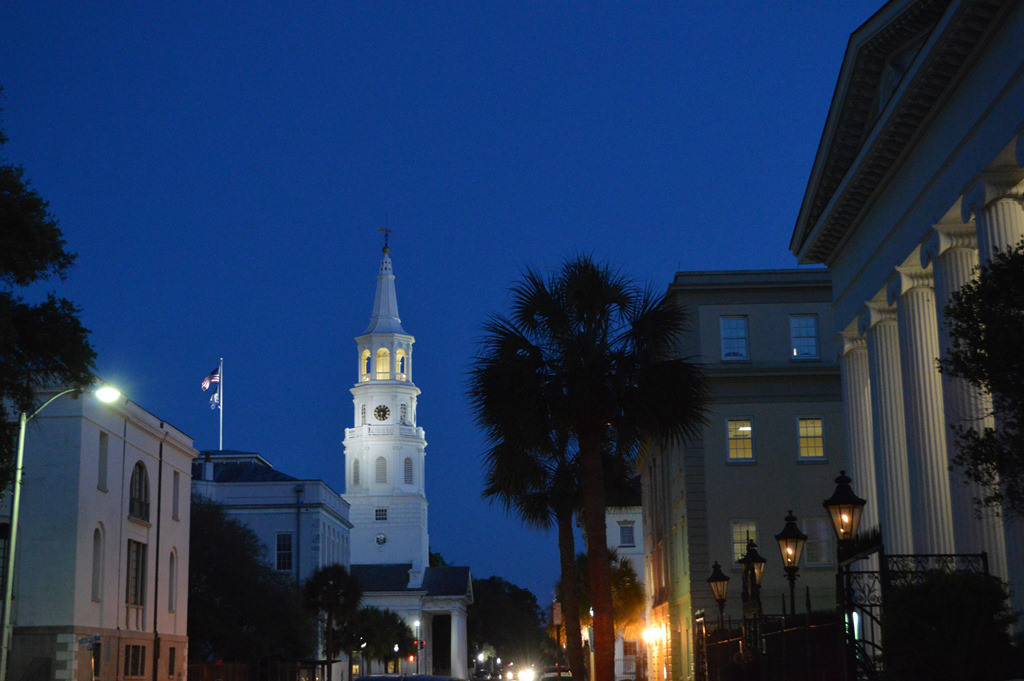 Two candidates for mayor of Charleston, S.C. are bashing each other on the issue of infrastructure, with presumptive frontrunner Leon Stavrinakis – a fifth-term lawmaker – slamming one of his rivals, Ginny Deerin, for allegedly running false attack ads against him.

“Until recently, I was very encouraged by the positive nature of this mayoral race,” Stavrinakis said. “For the last forty years, we have had one of the most positive mayors in the entire country and I think the voters of Charleston want to keep it that way.  Unfortunately, Ginny Deerin disagrees.  After all we’ve been through, Charleston deserves better than false, negative attacks from a person simply trying to win an election.”

Deerin – who has hit Stavrinakis for his failure to support a gas tax increase – bristled at the frontrunner’s “all we’ve been through” language.

According to Deerin, Stavrinakis “voted no on the largest transportation infrastructure bill in decades.”

“He says his no vote was good for Charleston,” she added.  “But zero dollars to meet Charleston’s transportation needs is just that – a big zero. And he voted no not once – but twice.”

Stavrinakis fired back that he has consistently supported new road funding – including money for the wasteful Interstate 526 project.

“Leon Stavrinakis has spent his entire career fighting for our roads,” his campaign manager said, claiming that Deerin “is far behind in the polls and has resorted to desperate attacks.”

“It’s a shame she’d criticize Leon for voting against a bill that would have raised taxes on Charlestonians and sent the money away from Charleston and to other parts of the state,” he added.

Last time we checked Charleston has been the recipient of more than it’s fair share of road funding.  In fact one powerful state Senator recently said lawmakers in Columbia, S.C. had been “force feeding asphalt to the coast, while the Upstate and many rural areas starve.”

Shawn Elliott For The Win

Deerin is a dirty, nasty liar who will say anything to get elected.

Except she hasn’t been elected to shit.

i don’t know how you could call 526 wasteful, every time i travel it, it loaded with cars and trucks, if you had to funnel all the traffic over the cooper river bridge there would be gridlock especially during the tourist season

The ‘wasteful’ part is the new extension, not the existing part. At least that is the discussion.i

Go to the intersection of US Highway 17 and Main Road and you will quickly find out why I 526 needs to be extended.

Those have nothing to do with each other

Really? There are presently 2 ways to get on Johns Island. So having a modern third way is not needed? How so?

ha ha. Johns island had a drawbridge just ten years ago. There are 2 brand new bridges there and traffic has just gotten worse. Why don’t they widen the highways to match the lanes on the bridges? Because they want suckers like you to support Bobby Harrell’s ridiculous pork barrel project.

I remember when the Limehouse bridge had wooden decking. So don’t preach to me about the bridges. A MODERN interstate type highway and river crossing will greatly enhance getting on and off Johns Island particularly when there is a storm evacuation. Its no growth people like you who oppose it.

what interstate has a speed limit of 35 and a bike path?

Also explain to me how you’re going to evacuate any quicker when you’ll just end up stuck in traffic on 526 and 26. Do you have a secret path inland that none of us know about? What a joke. If you have such a long history living here then surely you’ve evacuated before.

Try to stay on topic. The topic is Johns Island. Presently there are two ways off. Your “logic” is that adding an additional way won’t help get you off the island. IRT gridlock on I 26, funny but I can recall using many ways to exit Charleston County prior to the existence of the interstate. Did those routes disappear?

I’m not sure what you think is off topic. You do realize that the I-526 extension has a speed limit of 35 in some places and a bike lane, don’t you?

Or are you one of these people who’s never actually studied this poorly conceived project and believes it’s whatever you want it to be?

No — any old-timer bootlegger can show you the way.

I can see extending it from West Ashley to John’s island but no further. Extending it across John’s Island and onto James Island is not worth the money.

The new road would add a much traffic as it would alleviate if completed in total.

Finishing the WA to Johns Island half of the project was the desperate Hail Mary pass for the supporters of the project. Too bad for them that federal law requires that funding for an entire project be in place before building starts. What’s really pathetic is that the DOT was pushing this idea but they apparently didn’t understand the federal laws that were in play.

She sucks! Mark Hammond CRUSHED her for gods sake.

True that. I haven’t seen a beat down like that since the last USC football game!

Charlestown needs someone with maturity, dedication, and who is knowledgeable and experienced in community development – that is John Techlenburg! He cares deeply for our city and will look out for all the citizens of our community. Not a damn politician like those two.

Word is Short Stack is going to lose. Putting his brother on MUSC board cost him the election, as it should

And today, I’d like to continue to address the (number one) issue in our community – traffic, growth, and transportation.

Yeesh. Talk about playing the martyr. Deerin hits Leon on being in the pocket of developers which is totally true by the way and then he somehow links that to Mother Emmanuel.

anyone remember the waterslide at red top. ah the good ol days

Sure do…spent many hot summer days there. I am a Johns lsland native. Are you from that neck of the woods?

yep pierpont. left in 06′. lived there from 74 -06 . it was truly gods country back then. was gettin bad when i left in 06 . went back a couple years back to get some shrimp at the docks and couldnt believe how bad the traffic had gotten. sad dude sad. i remember some fat black dude goin down that slide and he got stuck in one of those tunnels. funny shit. i think somebody got hurt or mamed really bad and they had to shut er’ down. good times

Stavrinakis DOES NOT SUPPORT THE 2nd AMENDMENT!

Charleston should follow Anderson counties lead and pass a bitch ordinance. That would take care of Ginny. After closer examination, it may take care of Leon too.

Please take a look at the North Charleston Mayoral race candidates. One is a vexatious litigant pro se paranoid head case who has sued so many people so many times to the point he is banned from doing so now, just got revealed to have a conviction from 2010 for soliciting a 20 dollar hooker, has sued North Chas. and everyone who works there for imagined conspiracies against him, even asking for their passwords to their emails. Has an equally entertaining youtube talk show. Sued Wachovia, Wells Fargo, the county, the city, the zoning board, everyone he has ever come into contact with, always pro se. Unfortunately, comedic antics aside, he has cost the taxpayer repeatedly by clogging up the courts with his insane rantings. When he doesn’t like a judge’s ruling, he then goes after the judge with outrageous imagined accusations and borderline threats. They’ve already had a few freak outs during debates, with accusations tossed left and right. Considering the upcoming case against Slager, this is not the circus like atmosphere N. Chas. needs right now. Most would quietly exit after the hooker charge surfaced–which he denies even though there is a conviction, it was all part of the vast conspiracy against him–but he immediately threatened the reporter, the P&C, everyone possible with…more pro se lawsuits for…defamation. He makes Rev. Al look like a competent professional.

And get this, he was also one of the outsourced accountants for First Steps!

Stavrinakis is a piece of shit. A psychopath in sheep clothing. He is connected to an FBI investigation that can bring him down.