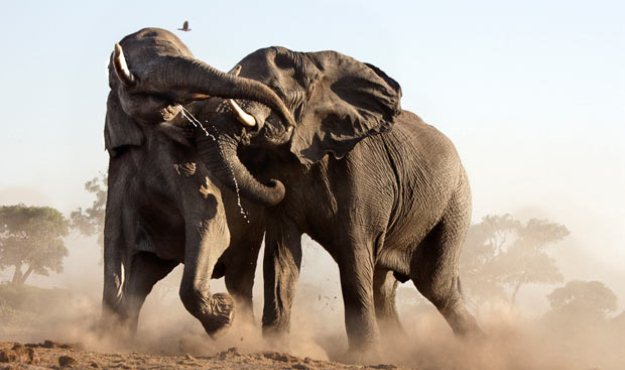 ESTABLISHMENT POLITICIANS AT EACH OTHER’S THROATS …

Former Florida governor Jeb Bush and Marco Rubio – one of the Sunshine State’s current U.S. Senators – are in a pitched battle right now for the support of the “Republican” establishment.

You know … the dwindling percentage of the GOP electorate that hasn’t figured out its party is a scam.

Bush was supposed to be the status quo’s guy, but Rubio has been coming on strong of late within this narrowing universe of voters who might as well have “Kick Me” signs taped to their backs.

While Rubio has some momentum in the battle to be Washington’s latest faux conservative, serial appeaser – does he have the money to keep up with the Bush machine?

“Bush, with four months to go before the lead-off Iowa caucuses, enters the fall with a distinct advantage over his one-time protege,” a recent Associated Press report noted.

In fact Bush and the super-PAC supporting his candidate – Right to Rise – have launched a massive $50 million television blitz that will keep him on the air continuously in early-voting states.

Rubio?  His campaign and the super-PAC supporting it – Conservative Solutions – have reserved considerable television time, but haven’t yet raised the money to pay for it.

Meanwhile we are receiving reports that the background sparring between these two campaigns is really ramping up … with operatives from both sides launching all sorts of fresh intrigues against the other (including here in early-voting South Carolina).

Stay tuned … the Palmetto State’s reputation for dirty politics appears to be secured this cycle.  It’s only a matter of time before the mud flow (no, not that mud flow) starts in earnest.