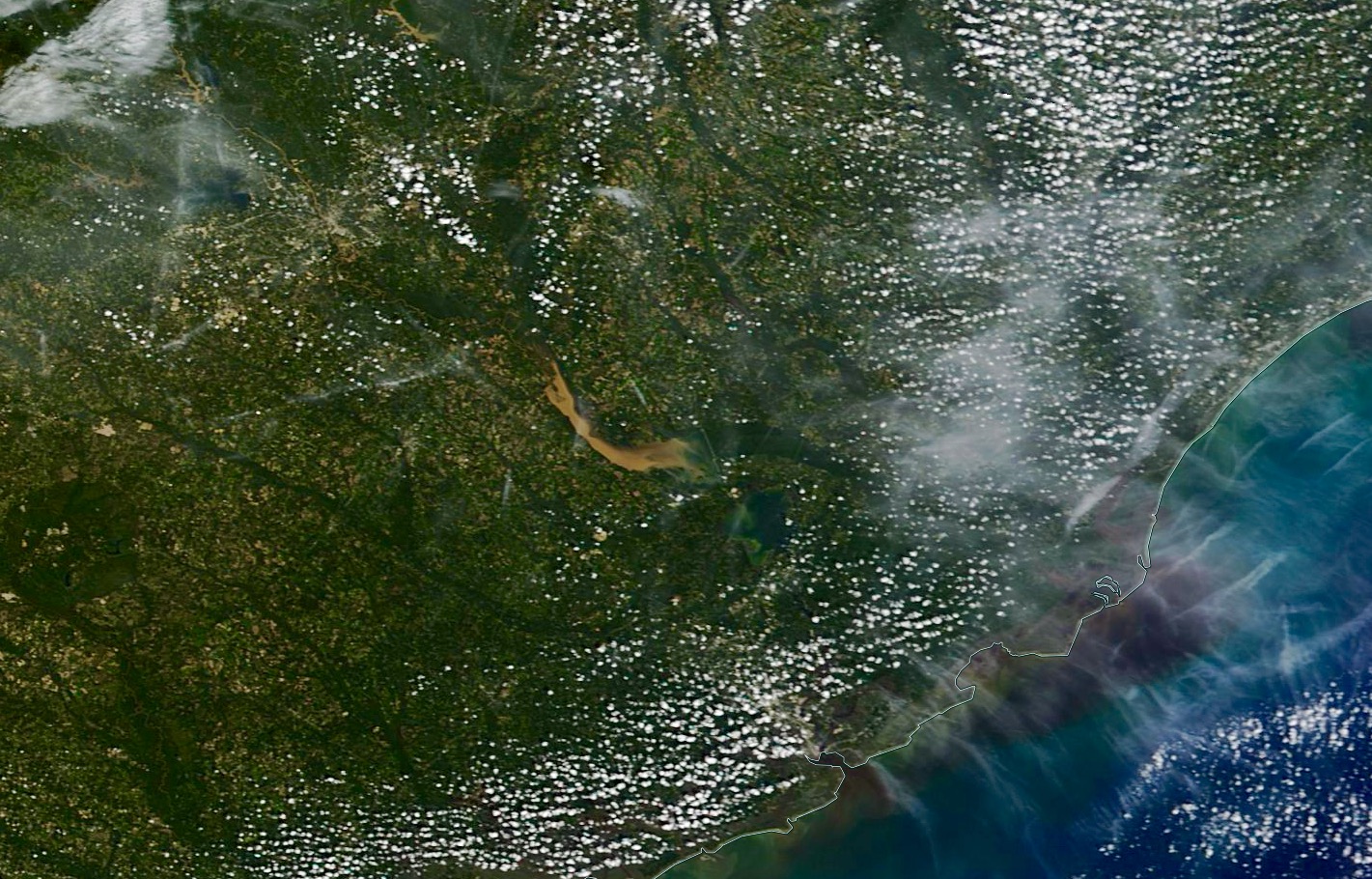 The National Aeronautics and Space Administration (NASA) has posted satellite imagery showing South Carolina’s floodwaters working their way toward the state’s coastline … a development that is going to cause some serious problems in the coming 24 hours.

As the image above clearly shows, a huge stain of muddy floodwater is pouring into Lake Marion.  Meanwhile other satellite images released by the National Weather Service show plumes of dark water loaded with sediment being pumped into the Atlantic Ocean.

Rising Rivers And Lakes: A Science Project For SC Kids …