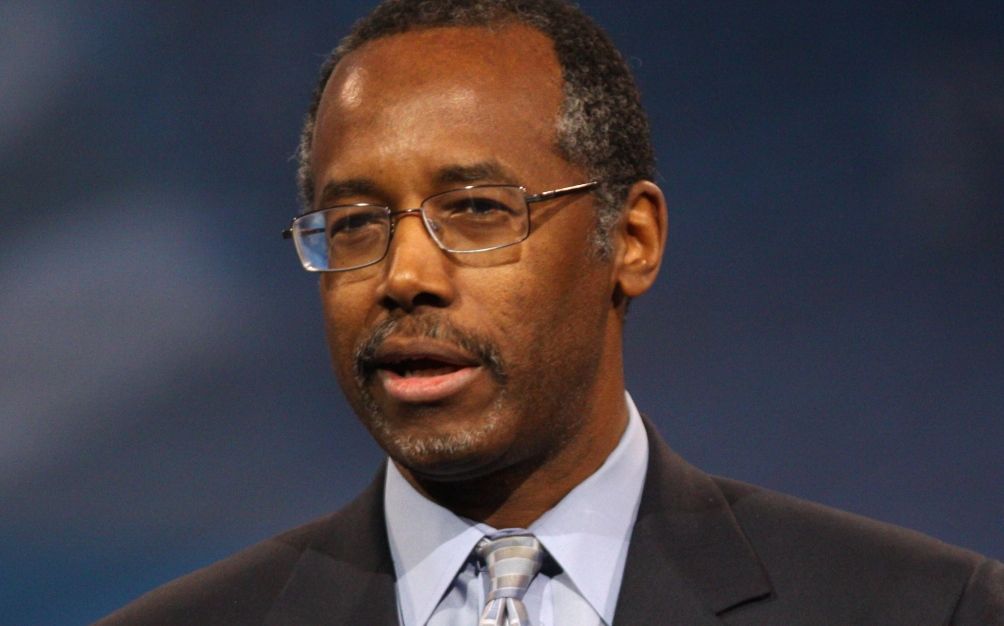 HEAD-NODDING, HAIR-PULLING … OVER WHAT?

As much as we’ve tried to like Ben Carson, we just don’t.  We heard the retired neurosurgeon speak earlier this year and yeah … it was pure pablum.

Of course no one has ever lost political points by spewing pablum to impressionable “Republican” voters, which is one reason why Carson is currently the No. 2 contender for the “Republican” presidential nomination (behind another anti-establishment candidate, Donald Trump).

Last week Carson spoke to the National Press Club in Washington, D.C., invoking the allied invasion of Nazi-occupied France as the patriotic precursor to his presidential campaign.

You know, because it’s basically the same thing …

“What if on D-Day our soldiers invading the beaches of Normandy had seen their colleagues being cut down, a hundred bodies laying in the sand, a thousand bodies laying in the sand – what if they had been frightened and turned back?” Carson asked.  “Well, I guarantee you they were frightened, but they didn’t turn back.  They stepped over the bodies of their colleagues, knowing in many cases that they would never see their homeland or their loved ones again. And they stormed those Axis troops, and they took that beach, and they died.”

In addition to the enraptured, mouths-agape head-nodding of “Republicans,” there was hair-pulling indignation on behalf of the “other” party of big government – capably expressed by Joanna Rothkopf writing for Jezebel’s The Slot.

“Is Ben Carson saying that a Democratic president is the equivalent of Nazi Germany continuing to occupy Europe for the second half of the 20th century?” Rothkopf mused.  “Or is he saying that his willingness to be audited by the IRS is as brave as a U.S. soldier who jumped out of a plane while being shot at?”

Inanity all around if you ask us … although sadly, that’s been the extent of Carson’s contribution to the national discourse during the 2016 race.