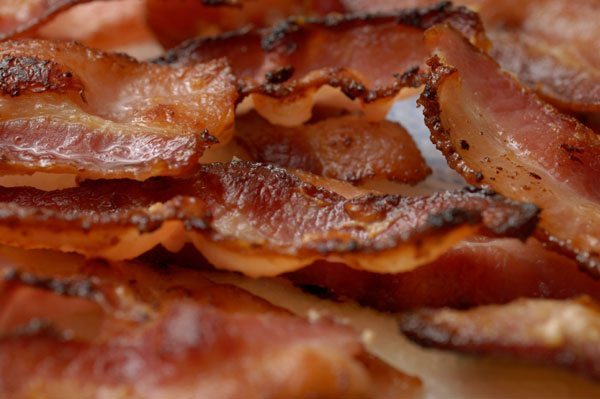 … PORK CHOPS, HAM OFF THE MENU AS WELL

The federal government currently has 205,792 people locked up – a little bit less than one percent of the country’s total incarcerated population.  And as of last week (the beginning of the federal fiscal year), they will no longer be eating pork.

That’s right … no bacon, no pork chops, no ham.

“Pork has been the lowest-rated food by inmates for several years,” a federal correctional spokesman told The Washington Post.

Not to instigate a Vincent Vega-Jules Winnfield debate (warning, language) but …

Some social conservative sites have viewed the move as (bad pun alert) catering to Muslim inmates – who don’t eat pork – although the federal government is already required to feed halal meals to Islamic prisoners.

What’s a halal meal?  It contains meat from an animal killed under Islamic law – in which the slaughterer yells “Bismillah” (“In the name of God”) followed by three “Allahu akbar” (“God is great”) chants.  Then the animal is ritualistically slaughtered.

And yes, that costs more …

This website has repeatedly weighed in on the debate over religious liberty and, well, other liberties.   And yeah there are blurred lines.

As for inmate menus, though, we don’t really care one way or the other …

The New Definition Of “American Exceptionalism”