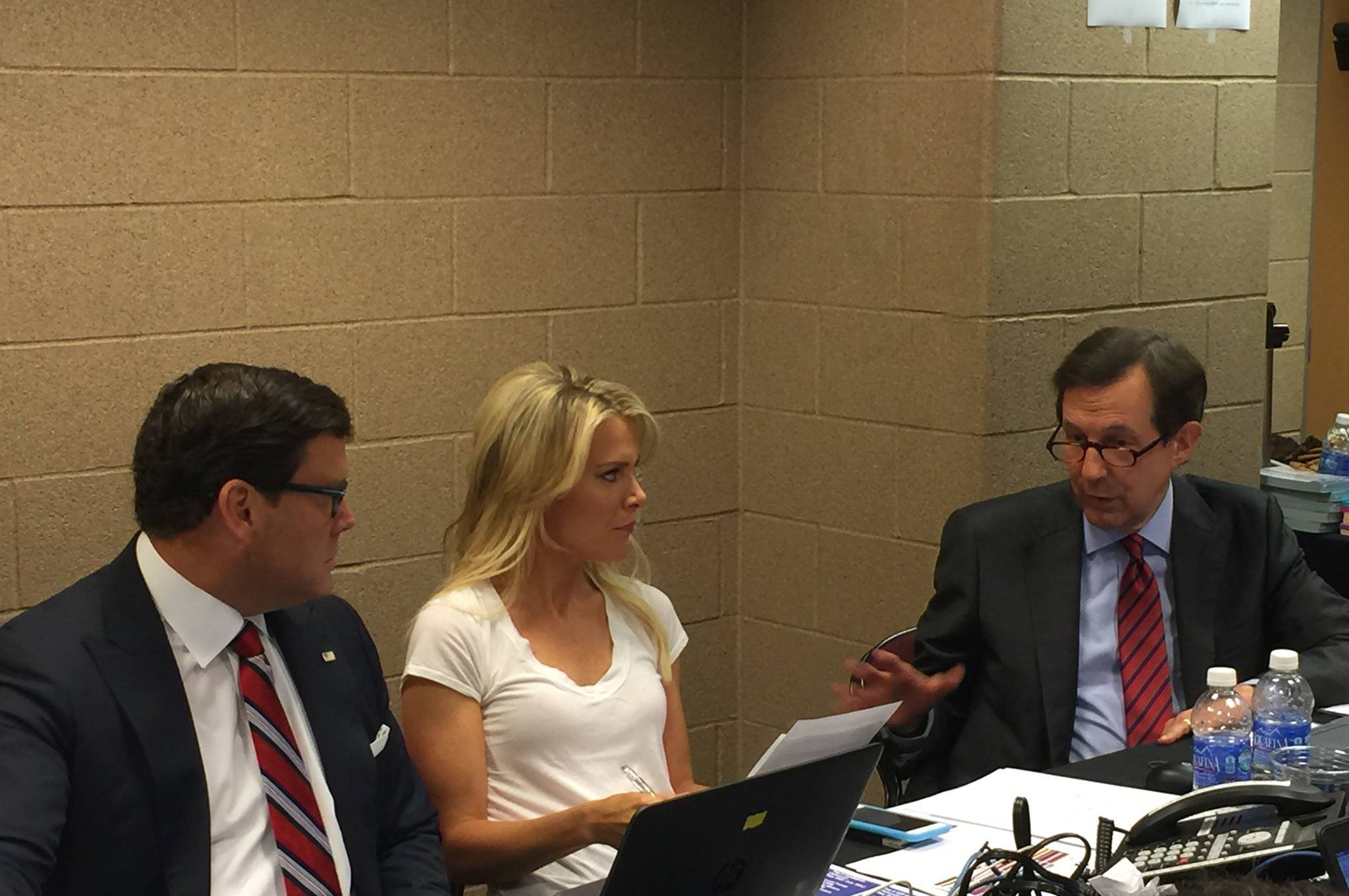 || By FITSNEWS || Carrying the water for the nation’s political establishment, “conservative” Fox News threw everything but the kitchen sink at GOP frontrunner Donald Trump during the first “Republican” presidential debate at the Quicken Loans Arena in Cleveland, Ohio this week.

(To read our live-blog of the proceedings, click here).

Assuming the roles of rival campaign operatives, Fox’s hosts Bret Bair, Megyn Kelly and Chris Wallace unloaded on “The Donald,” attacking him for being a Democrat-in-hiding, a sexist, a failed businessman and a flip-flopper on the abortion issue.

For the most part, Trump survived the attempted political assassination – giving as good as he took.

But let’s call this “debate” what it really was: A scripted, calculated bid by the “Republican” establishment to erode the groundswell of GOP support for Trump – whose “say anything” brand of campaigning has struck a nerve with the American people.

The debate’s opening salvo – in which Bair asked each candidate to pledge their support for the eventual GOP and forego an independent candidacy – was a direct assault on Trump, who has flirted with the notion of an independent bid.

More importantly, it was pure status quo protectionism … precisely the sort of herd mentality that’s landed this nation in such dire straits.

“I will not make the pledge at this time,” Trump said, joking “if I am the nominee I pledge not to run as an independent.”

Fox’s hosts weren’t in a joking mood, though.  A visibly irritated Bair interrupted Trump – reminding him he was standing on a “Republican” stage.

Really?  What’s that worth again?

In attempting to respond to Bair, Trump was cut short by U.S. Senator Rand Paul of Kentucky, whose free-falling bid has apparently concluded its best bet is to join the forces opposing “The Donald.”

Next up was Kelly, who derided Trump for making comments referring to women as “fat pigs, dogs, slobs, and disgusting animals.”

“Only Rosie O’Donnell!” Trump joked, adding on a more serious note that “I don’t have time for political correctness.”

“Honestly Megyn, if you don’t like it, I’m sorry,” Trump said.  “I’ve been very nice to you although I could probably maybe not be based on the way you have treated me. But I wouldn’t do that.”

Later in the debate it was Wallace’s turn to take on Trump, and he did – ripping him for the fact his companies have declared bankruptcy on four different occasions.

“I’ve taken advantage of the laws – and so has everyone else in my position,” Trump responded, telling Wallace “these lenders aren’t babies, Chris, those lenders are total killers!”

The crowd – which had been lukewarm toward Trump for most of the evening – erupted in applause.

“I’ve built a net worth of ten billion dollars,” Trump added. “I employ thousands of people.”

Wallace also sought to make Trump look bad on the issue of immigration – which it’s worth noting is only being discussed because of Trump’s presence in the race.

“If it weren’t for me, you wouldn’t even be talking about illegal immigration,” he said.

Trump was later asked about his flip-flop on the issue of abortion and his inconsistency on health care – prompting another rebuke from Rand Paul.

But for the most part Trump’s rivals didn’t go after him … because they didn’t have to.  Fox’s goal was simple: Bloody Trump so the other candidates didn’t have to – and didn’t have to risk alienating Trump’s growing following by attacking him.

Did they succeed?  We’ll have to find out …

Trump’s thoughts on the debate?

As we’ve said before, Trump does have a lot to answer for.  As he admitted during the debate many of his positions – especially his views on abortion – have evolved over time.  And while this website has praised his candidacy for shaking up the status quo, we’re not in ideological alignment with him 100 percent of the time.

Having said that, it’s obvious at this point Trump represents a clear and present danger to the “Republicrat” establishment in Washington, D.C.  And that establishment is becoming increasingly aggressive in its efforts to neutralize the threat.

2016 Debate: How The Candidates Thought They Did