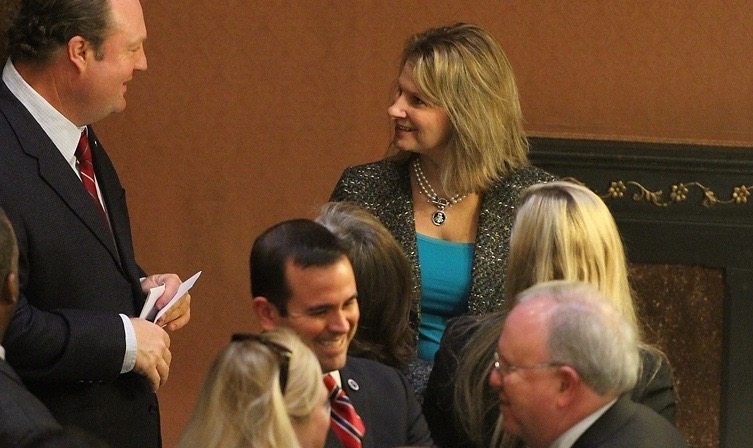 || By FITSNEWS || S.C. Rep. Jenny Horne – who is looking to turn her emotional flip-flop on the Confederate flag into a seat in the U.S. Congress – told The (Charleston, S.C.) Post and Courier that her grandfather told her she was a descendent of Jefferson Davis.

But she never researched the claim … which is now drawing scrutiny from genealogists.

Unlike the mainstream media – which swallowed Horne’s claim hook, line and sinker –  we raised questions about it in our initial coverage of her dramatic floor speech.

Now it appears Horne flat-out lied … (well, her grandpappy did).

More relevant from our perspective, we were the first outlet to report on Horne’s eleventh hour flip-flop on the flag … a tearful, public rebuke of an amendment she endorsed (and spoke in favor of) hours earlier behind closed doors.

Frankly we think her naked opportunism will be more damaging in the long term than her dubious ancestral boasts.

Eager to stretch out her fifteen minutes of fame, Horne is rallying support for a campaign against another drama queen, crybaby/ flip-flopper – former S.C. governor Mark Sanford, who won special election two years ago for the Palmetto State’s first congressional district seat.

Who do we want to win this race?

At the moment we’re taking a page out of Montgomery Brewster’s book and supporting “None of the above.”

Some Love For John Courson