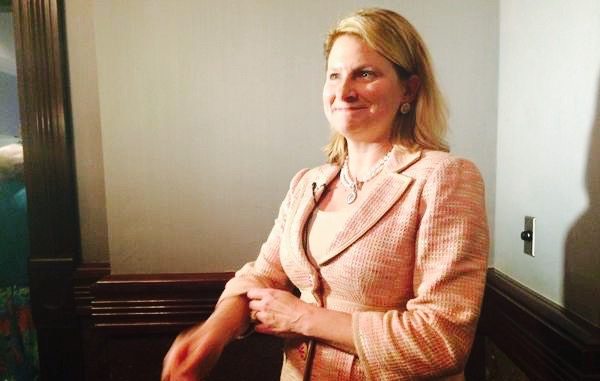 || By FITSNEWS || S.C. Rep. Jenny Horne has yet to respond to questions regarding her claim to have been a descendant of former Confederate States of America president, Jefferson Davis.

Horne’s boast – taken as gospel by the national and statewide mainstream media – was part of her dramatic speech from the floor of the S.C. House of Representatives during its contentious debate over the removal of the Confederate flag.

We referenced the legitimacy of Horne’s claim in our coverage – but so far she hasn’t responded to our request for a comment.

Now other websites are digging into the issue.

One blog called Crossroads has an interesting post up from author Brooks D. Simpson regarding the claim.

Simpson’s post contains a link to Jefferson Davis’ genealogy, as presented by the Papers of Jefferson Davis based at Rice University in Houston, Texas. It also contains this link purporting to be Horne’s genealogy.

“It doesn’t take too long to see that something doesn’t match up,” Simpson wrote. “Namely, these records show no direct bridge from Davis to Horne.”

Now, this doesn’t mean that there isn’t some sort of kinship relationship, but the word Horne used was descendant. That’s a bit more specific. Maybe the Horne genealogy offered here is in error. Perhaps more information can clear up this confusion and offer a better answer. Nor do I think that this matter detracts from the fundamental power of her remarks.

But this is history, not heritage. After all, whether it makes for a good story, it is worth checking if it’s a true story, and Jenny Horne can quiet these doubts rather easily.

More damaging to Horne’s political credibility?  Allegations that she flip-flopped on the very amendment she assailed from the floor of the S.C. House.  Multiple House members – both flag supporters and opponents – have confirmed Horne spoke in favor of the amendment during a “Republican” caucus meeting mere moments before launching her emotional tirade against it.

We’ll have another report on that soon – including what this flip-flop could mean for Horne’s plan to retire from the S.C. General Assembly and become a circuit court judge.

We’ll also be sure to let you know in the event Horne responds to questions about her ancestry claim.